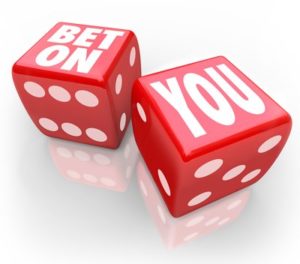 Elsewhere on this site you can read about the world of insider betting and how complicated it is. In essence, it is wrong for someone to use information that they have and that isn’t widely available to the general public in order to place bets and make money. That’s not what we’re talking about here, though, instead looking at times that people have placed bets on themselves or loved ones.

This isn’t the likes of a Premier League player betting on himself to get sent off, but rather a father betting that their daughter will play for England’s Lionesses one day or a mother believing that her son will become the boxing champion of the world. Bets placed by people more in hope than expectation that have nevertheless come good.

You Are Allowed To Bet On Yourself Or Others 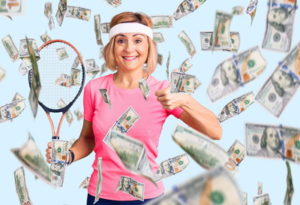 The first thing to do is to point out the reason it’s OK for people to place the sorts of bets that we’re talking about here. This isn’t about people using insider information to place successful bets, but rather is around the idea of people believing that they or someone they know is going to be successful at some point in the future. That is about faith, not cheating.

Even if you were to bet on yourself once you’ve made it it isn’t automatically a problem. It’s perfect acceptable for a horse racing owner to place a bet on their horse to succeed, for example. The only problem is if they start to bet on their horse to fail. Jockeys and trainers aren’t allowed to bet, but owners are. It is a complex topic.

What we’re talking about is totally different to the likes of spot-fixing or match-fixing. We’re not looking at the nefarious world of people placing bets that they know can succeed because they’re able to influence the outcome of the event. Instead, we’re talking about people who think that their child will become a prodigy in a sport a decade down the line, which they can’t guarantee.

There have been countless examples of people who have placed bets either on themselves or on people that they know. The reality is that it happens all the time, with the vast majority of wagers being losing ones. Indeed, the fact that so many lose is why bookmakers are willing to take the bets in the first place, because they make far more money than they’ll ever lose on winners.

Here’s a look at people that have placed wagers on themselves or on members of their family:

Harry Wilson was born in Wrexham and, in spite of the fact that both of his parents were Welsh, had the choice of playing for either Wales or England at international level. When he made his decision to run out for Wales, there’s at least a slight chance that his grandad, Pete Edwards, might have had a guiding hand in his decision making.

That’s because Edwards had placed a £50 stake on his grandson playing for Wales when Wilson was just 18 months old, being given odds of 2,500/1 on the outcome happening. When Wilson ran out in the 87th minute of Wales’ match against Belgium in October of 2013, he made history by becoming the youngest player ever to do so.

He broke the record that had been set by Gareth Bale by 108 days, but more importantly he earned his grandad a fortune. Chris Coleman, the Welsh manager at the time, tipped the youngster to have a bright future for his country, yet it was his grandad who was the happiest to see him play for his country. Wilson opting for Wales over England earned Edwards £125,000.

Harry Wilson’s grandad isn’t the only member of a family to have faith in a young child to do well in the future. One of the most famous examples involves Eddie Kirkland, the father of goalkeeper Chris. When Chris was thirteen his father approached some friends and other family members in order to persuade them to put money on his son playing for England one day.

The Leicester-born goalkeeper was signed by Liverpool in Liverpool and loaned out to Wigan in 2006, having failed to make much of an impact at Anfield. His performances for the Latics were good enough to earn him an England call-up, however, and he was substituted on in the second-half of the Three Lions’ friendly match against Greece in August of that year.

The syndicate gathered together by Kirkland senior placed a bet of nearly £100 on Chris appearing for England before the age of 30 at odds of 100/1. The result of his appearance against Greece was that his family and friends managed to collect winnings of around £10,000. More importantly for Chris, it meant that the bet was finally off his shoulders.

It’s not just footballing families that have faith in their youngster going on to become something special. Prior to Shane Williams earning his first rugby union cap for Wales, his dad Mike placed a bet of £50 on his son setting the country’s try-scoring record, having been given odds of 500/1 on it happening. When Williams junior did just that in 2008, his dad won £25,000.

The previous record had been held by Gareth Thomas, who has managed to rack up 40 tries for his country. Williams scored his 41st try against France in a Six Nations match, meaning that his dad’s speculative bet became a winner. By the time that Williams retired from international rugby he had managed to notch up 58 tries for Wales, allowing some other family to bet on that being beaten.

Just as it’s not just footballers’ families that place bets on their youngsters to succeed, so too is it not just family members betting on their kids. In 2010 it emerged that two Conservatives placed bets on themselves to become Prime Minister one day, standing to win £500,000 if it ever happens. Chris Kelly and Justin Tomlinson were the people placing the bets back when they were students.

The bet was placed in 1998 when the pair were studying together at Oxford Brookes University. When the 2010 election came about, Chris Kelly stood for Dudley South and Justin Tomlinson did so in North Swindon. Tomlinson placed two £50 bets that each of them would become PM within 40 years when Kelly was 20-years-old and he was 21.

They were 1/6 favourites to win in their constituencies back in 2010, which they both did. Kelly served a single term and then stood down in 2015, not returning to office since. Tomlinson, on the other hand, has steadily climbed the political ranks in the years that followed. He was appointed the Parliamentary Under Secretary of State for Disabled People in 2015.

In 2018 he became a junior minister at the Department for Work and Pensions. Tomlinson has courted controversy throughout his time as a minister, including in 2015 when it was revealed that he had voted against protecting the benefits of disabled children and those undergoing cancer treatment. It’s unlikely that that sort of thing will stop him becoming Prime Minister, however.