A close race can be really exciting, especially if you have some money on it, but what happens if the finish is so close that it’s called as a dead heat?  What happens to that bet you have running?

This article looks at dead heats, in which sports they can happen, and how it affects your bet.  You will be surprised by quite how common an occurrence they can be, especially in sports such as golf.

What is a Dead Heat?

I’ve seen races in Formula 1, swimming, and athletics, where someone wins a race by 0.01 of a second. I would imagine it takes a lot longer to type 0.01 of a second than the amount of time that actually is. Sometimes, however, it is just impossible to split competitors and that is when a dead heat occurs. It means the judges simply can’t split the result and therefore those selections share the place they are battling for.

We have impressive technology these days that enables us to separate fractions of seconds and this means the dead heat isn’t quite as common in sports such as horse racing and greyhound racing as it used to be. High-speed cameras on the finish line are used to better determine winners and places and in sports like swimming super accurate touch activated clocks help to separate the tiniest margin.

However, dead heats can, and still do occur, in various sports and for lots of different reasons.  In sports such as golf many players can be tied for a position after the final round, and as this is based on score alone rather than being a timed race, these players cannot be separated.  Therefore the only way of dealing with the result is to call a dead heat.  But what happens to your bets when a dead heat is called?  Read on.

In Which Sports Can a Dead Heat Happen?

There are many sports in which a dead heat can occur.  Generally, any sport or market that involves a timed race, such a horse race, can end in a dead heat, as can any sport that involves collecting points such as golf or the top goalscorer market in a football season.

In horse and greyhound racing two or more entrants may cross the line almost together and this leads to what is described as a photo finish. Normally the photo taken on the finishing line allows the judge to work out the winner even if it’s just by a nose. However, there are occasions when the photo finish doesn’t provide an answer and the horses/greyhounds have crossed the line at exactly the same time. They can’t be separated and so the race is called a dead heat. If it’s for first place, then both are given that position and so on for other places.

Dead heats are probably most common in golf where two or more players can easily finish on the same score.  If this happens for first place then there is usually a playoff which decides it, however, for other places that isn’t the case, so if two or more players tie for 4th place, for instance, then it’s a dead heat for that place.

Think of any market where the final result is based solely on a points total (with no play-off) and it can generally end in a dead heat.  If you were to pick a golden boot winner for the world cup, for example, and two players end up with the same number of goals total then this is a dead heat.

What Happens When There is a Dead Heat? 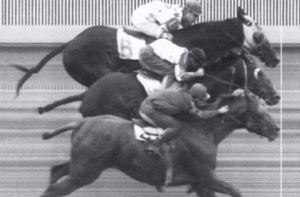 In terms of the actual sporting event, a dead heat can mean that the winnings are shared equally. This is particularly true in a golf tournament.

It is rare for first place to be shared but again this can happen.  Obviously, in racing they will not re-run a race if the winner is tied and so this is a dead heat.  In the Six Nations rugby, for example, two teams can share the trophy if they end up with the same number of points.

It’s not quite so simple when it comes to working out how a dead heat affects your bet. Imagine it’s a horse race and your selection has just dead heated for first. Well, you’ve got a winner but not a complete one because of course your selection didn’t beat the horse it dead heated with. So what happens to your bet?

If two contestants tie for a place then half the stake on your selection is lost, the remaining half stays intact and is applied to whatever odds your selection was.

Let’s go back to that horse race where your tip has just dead heated for first place. If you’d put £10 on that horse at the handy price of 10/1 then you lose half that stake so you have £5 left paid out at 10/1 giving a return of £55, so you’ve still made a decent profit but not as much as if it had just got his nose in front in that exciting finish.

Note: If betting on the tote a dividend is returned and that will take into account the dead heat so there’s no need to do any calculations as in the example above. 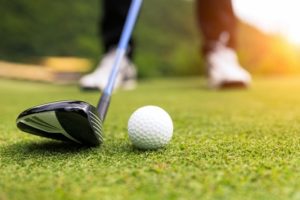 Let’s take a look at what would happen where there’s a dead heat in a golf tournament, not involving the winner. It’s a major tournament and your bookie is paying out first five places at a quarter the odds.  Your bet is £10 each-way on Dustin Johnson at 12/1, so the total stake is £20.

Johnson finishes fourth but there are four players tied for the place and therefore in betting terms it’s a dead heat. What will be your return?

Not as good as if Johnson had finished in fourth place all by himself (that would have seen you get £10 at 3/1 giving you a return of £40) but at least you’ve got your stake back, and from a bet that only half won.

How Often do Dead Heats Happen?

In sports like golf they can happen a fair deal, it’s pretty common for players to be tied for say second, third, or fourth.  This is worth factoring in when you place golf bets.

Horse racing has seen its fair share of dead heats and there have even been races where there has been a triple dead heat – that really gave the bookmakers a job when calculating all their bets. The same applies in greyhound racing, but since the advent of photo finishes these aren’t quite so common. Just a nose between those in the possible dead heat finish can determine a winner.  Saying that, the tech available these days means occurrences are becoming rare.

Here are some noteworthy dead heats from horse racing that have occurred in recent history:

Basically, if you bet on any race or points/score based markets you should at least understand what will happen in the event of a dead heat.

Don’t for a second think that the dead heat will mean the odds are reduced, it’s the stake that is affected. There are dead heat calculators online so working out just how your bet will be affected isn’t a major problem at all if you have a basic grasp of how it works.

The worst thing about a dead heat is the frustration you feel when realizing that just one more stride or poking that nose out in front could have won you a lot more money.