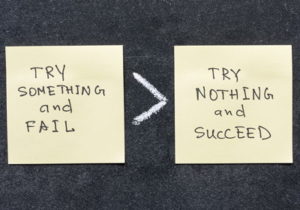 Have you ever been in a queue at the supermarket or in the airport and felt as though the line next to you is moving quicker than the one you’re in? You see an opportunity and jump and over to it, believing that you’ll be able to check-in quicker because of your actions. The same sort of decision making process takes place on motorways when the cars are backed up, with motorists nipping from lane to lane in order to make faster progress.

This is the essence of the action bias, which convinces us that we’re better off doing something than doing nothing at all. When it comes to betting, the desire to place a bet even when we don’t know what we’re betting on is a strong one, but one that needs to be overcome if we’re to maintain a strong grip on our betting strategy and ensure that we don’t throw away our profit over something we know nothing about it.

What Is Action Bias?

Action bias is the name given to the human tendency to favour doing something over doing nothing. Sometimes that can be a beneficial decision, but sometimes it can prove to be a mistake, especially when we are compelled to act despite a lack of evidence that action will lead to success. The need to ‘take action into your own hands’ is something that human beings naturally feel, even if doing nothing might be a better strategy.

Think about the last time that you watched a penalty shoot-out in a football match. The goalkeeper will dive the vast majority of the time, even though there is a statistically stronger chance of success if they just stood still in the middle of the goal. The statistics say to do nothing, but goalkeepers can’t do that and instead will jump either left or right because doing something feels better than doing nothing.

In the case of goalkeepers, there is likely to be a psychological assumption that people will judge them less harshly if they jump to make the save but don’t succeed than if they do nothing and concede anyway. The problem is that doing nothing is both counterintuitive and also the most likely path to success. How do you fight against your natural desire to want to do something, regardless of that thing’s likely success?

Why We Want To Do Something 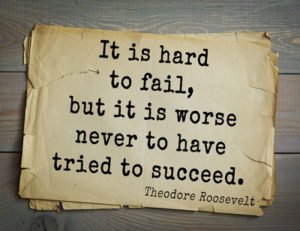 Looking to opt for action over inaction, even when there is not enough reasoning to support such a move, can often lead to a situation being mishandled. Yet it is something that we do time and again because, as human beings, we impulsively want to do something instead of thinking about a situation logically. We don’t think about the information available to us, which in turn leads us to less effective decisions.

When viewed from a societal point of view, it’s easy to see why inaction can be seen as wrong. We tend to rationalise action as being a better move than inaction, telling ourselves that inaction would have led to an even worse outcome. This is often how we justify doing something, even when there is little evidence to support our hypothesis. This then reinforces our view that action is always the best move to make.

Psychologists named Anthony Patt & Richard Zeckhauser  authored one of the first papers on action bias, in which they showed that politicians would move to pass environmental policies that were showy but, in reality, ineffective. It gave others the impression that something was being done, even at the same time that nothing was changing. The natural bias towards action means that human beings will often applaud empty gestures.

Is It A Learned Decision? 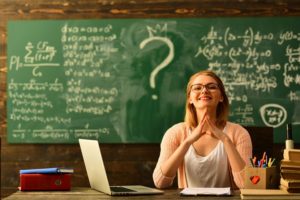 There is a suggestion that a need to act is something that has been hard-wired into human beings over thousands of years. In the days of the caveman hunter-gatherer, immediate action was crucial for survival, with inaction often putting our ancestors in danger. Nowadays, the manner in which we’ve evolved as a species means that the need to act is not as important as it once was, even though those that opt for action are often rewarded.

Think of a child in a classroom, volunteering information even when the don’t know the answer. They will be praised by the teacher for taking part, with those that remain quiet not receiving such praise. This reinforces the idea that action is better than inaction at a young age, making it into a habit. Equally, a negative experience for inaction will likely result in the person on the end of the experience looking to engage in action in the future.

It’s more than likely that part of our desire to engage in action bias is thanks to an innate instinct to survive. That being said, it’s unlikely that people would engage in it as regularly as they do without the reinforcement of the beliefs that occur throughout our lives. We are praised for action and punished for inaction, meaning that we have learned patterns over action bias that become instinctive as we grow up. 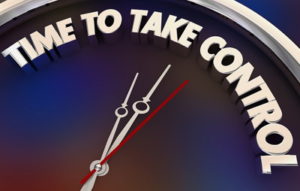 The desire to be in control of our situation means that we want to do something, which makes us feel better than doing nothing. Somewhat problematically, the action bias is also tied to overconfidence. By gaining control of our situation, we can also become overconfident and convinced that what we are doing is right regardless of the evidence. This can often be seen in the financial world, where traders will lose money because of overconfidence.

The idea of taking action is linked in our minds to productivity. Although inaction will often be more successful than the incorrect action, we assign value to productivity and therefore believe that action is the correct way forward. In reality staying on a busy motorway and moving along with a traffic jam will get us to our destination quicker, but we trick ourselves into thinking that following a different path will be more efficient.

We desire that control over where we going and how we getting there, regardless of the evidence that doing nothing will actually be more successful than doing the wrong thing. By doing nothing, we feel as though we have given up and therefore wish to do something in order to take control of our situation. This is in spite of the fact that our impulsive act is often misjudged and therefore less effective.

Why It Matters In Betting 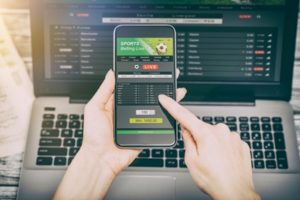 In the modern era, the advancement of betting online means that we will often be in a situation in which we feel the need to do something rather than nothing. Bookmakers have tuned in to this action bias by offering us the likes of In-Play betting and the ability to Cash Out our bets. As punters, we need to work hard to avoid engaging in such an action if we wish to make the right bets at the right time.

From the moment we logon to our online accounts, we’re presented with countless different options of things to bet on. Bookies work hard to ensure that the events that are taking place the soonest are at the centre of the page, enticing us to place a bet on the likes of a horse race or football match. The problem is, we almost certainly won’t know anything about the events in question so should avoid betting on them.

The questions we begin to ask ourselves includes the likes of ‘what if the horse I’ve just spotted is the winner?’ It is with this in mind that we begin to wonder whether action would be better than inaction in the specific case of placing a bet that we never intended to bet. We fear our inaction will lead to us missing out on a winning wager, even though there is little evidence to support that being the case.

Even once we have placed our bet, we are not safe from the action bias. Should we check out what the In-Play bets are? That would allow us to protect ourselves from losses if the wager we opted for doesn’t seem to be going our way. It doesn’t seem likely that we’ll win our bet, so should we Cash Out and claim even a small win instead of doing nothing and losing our bet in its entirety?

New bettors can find themselves especially at risk of falling foul of the action bias. Those that know what they’re doing with their bets will work hard to avoid making silly mistakes, stopping themselves from making an impulsive bet when they know that the best bets to place are those that have been well-researched and thought out. Those new to the betting game don’t have that same discipline, believing that action is key to success. 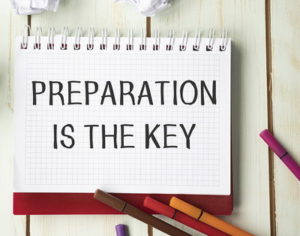 There are numerous things that we can do as bettors to avoid falling foul of the action bias, with the key one being patience. When we login to our betting account, we need to take a moment to think through what bet we were thinking of placing before we jumped on to the site our app in question. Don’t be distracted by the promise of quick money offered by bookmakers thanks to the markets they present to you immediately.

Instead, head to the market that you wish to bet on and place the bet that you intended to place. If you’re the sort of punter that often engages in In-Play markets then that’s great, but if you’re not then don’t even look at the markets on offer. Equally, try to avoid the Cash Out option unless you’re certain that your bet is going to be a losing one and wish to claim back a little bit of your stake money rather than lose it all.

The best bettors will plan their bets in advance, making sure to do a large amount of research and bet on options that are likely to be winners. The one thing that they don’t do is act impulsively, so we should look to learn from their knowledge and ensure that we don’t make silly decisions based on ‘instinct’ or ‘intuition’. If you find yourself about to place an impulsive bet, make sure that you stop and ask yourself if it’s the right decision.

One of the things that it’s important to remember is that choosing inaction isn’t the same as giving up. Action should not be our default position at the best of times, but especially not when we’re looking to place a bet and considering what to do. Self-control is the bettor’s best skill, but it can take time to develop. It is something that needs to be cultivated, so try to work on it as much as you can.

In order to avoid action bias, we need to fight against our instinct and go against the grain of what we think is the right thing to do. Pausing to think about the consequences of an action as opposed to an inaction is the best practice. What will happen if you don’t place the bet and it turns out to be a winner? You’ll have missed out on a small amount of money but you’ll still have your stake money. If it was a loser, however, you’ll have neither.

It’s not that we want to eliminate action altogether, it’s just that we want to make sure that we’re opting for the right action, as opposed to an instinctive one. You can weigh up the pros and cons of making a bet and still decide to place it, but that’s better than not even thinking about the consequence and just betting because you feel like you should do something. Doing the right thing is better than just doing anything.