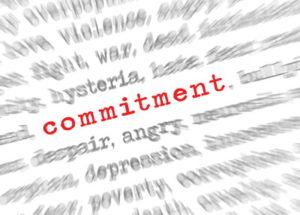 Have a look at the options for a horse race that you’re thinking about betting on. Decide in your head what sort of chance a given horse has and assign it with a value. Next, place your bet and give yourself time. Now, look back at the race and once again think how much of a chance the horse that you’ve bet on has of winning. Has the chance gone up or down compared to what you thoughts its chances were before you placed your wager? The likelihood is that you think it stands a greater chance than you did before, but why?

This is the commitment effect in full flow, demonstrating how our belief in something increases when we’ve placed money on it to succeed. Once we’ve offered something our commitment, our belief in that something to succeed increases. This is just as true in betting as it is in a relationship, with some committing to a partner that they know isn’t right for them and then doubling-down on the mistaken belief that all will be ok once they’ve locked in their commitment. The question is, how can this affect us and what can we do to avoid falling foul of it?

People are in a situation where they need to make a decision countless times during every day. It’s not uncommon for some to make a decision and then be presented with a better alternative. If that happens to you, how do you react? Do you adapt to the new information that you’ve been provided with, or do you stick to your original decision? Sensible people will say that the would react, but research suggests that most people actually stick with their original decision and struggle to compromise on the idea that they’ve already committed to.

In his 1976 work Knee Deep in the Big Muddy: A study of Escalating Commitment to a Chosen Course of Action, Barry M Staw developed the idea of the commitment effect. He showed that people are more inclined to seek evidence that backs up the decision that they’ve already made, or even look for evidence that makes the idea that they’ve settled on appear better than it actually is. This is as opposed to looking for evidence that might prove their idea to be wrong in some manner or another, sticking with the original decision.

As an example of the commitment effect, think about your own approach to a monthly subscription service that you don’t actually make much use of. In most cases, you probably signed up for a small monthly fee, aware of the fact that the price would go up over time. The likelihood is, however, that once the point that you were planning to cancel the subscription has passed, you haven’t cancelled it because you’re committed to paying it and will find ways to justify why that is the right thing to do and why you should carry on doing so.

Why It Is Relevant To Betting 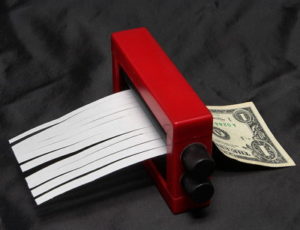 The idea of the commitment effect is one that is simple enough to understand, but how might it apply to the world of betting? The answer comes in the form of what we might do with bets that we’ve already placed. Let’s imagine, for example, that you’ve placed a £100 bet on a horse with odds of 7/1. You are convinced that the horse is going to do well, becoming more convinced of that the more time that passes. You look at the odds of the horse the day before the race and you notice that it has now drifted to as long as 10/1.

Those that fall foul of the commitment effect might well decide that they should double-down on the bet that they’ve placed, adding another £200 bet to the one that they’ve already placed. This is in spite of the fact that the evidence suggests that their initial bet was misplaced and their confidence in their selection was wrong. Even so, they are committed to the wager and so will almost certainly go through with the follow-up bet, believing that they stand an even greater chance of winning because they have placed it.

Human beings are constantly trying to convince themselves that they are rational and that they make rational decisions. As a result, people end up maintaining their course of action, even if there is evidence that suggests that that course is the wrong one to embark upon. We’ll look defend our decision-making to others, which can manifest itself in more bets being placed on positions that are likely to prove to be losing ones in the long-run. This is obviously problematic when it comes to placing wagers, simply on account of the fact that we will lose more money than we win. 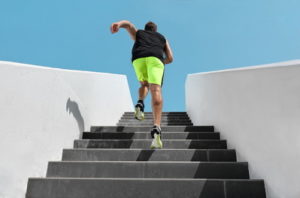 There is a theory about the commitment effect that says that it is similar to climbing a staircase. Firstly, you put your foot on the first step by placing a small bet on a particular outcome that you’re not that emotionally invested in, say. Then, once you’re on that step, you look at the stats around the bet that you’ve placed and feel as though it was actually a good bet to place. Soon, you find yourself several steps up the staircase and entirely invested into the bet that you’ve staked money on, even when the facts don’t support your position.

The consequences of that first step might seem entirely benign at the moment that you take it. The first bet that you place on something might even be quite small. This is the moment that betting companies prey on by offering you a free bet or similar such promotion. They know that a number of people will be hooked on the thing that they’re promoting once they take that first step, such is the extent to which the commitment effect can dominate a person’s line of thinking. The first step will likely lead to more steps being taken.

For many people, the commitment effect can lead them towards an escalation of commitment. This is the trap that problem gamblers often find themselves falling foul of, so it is vitally important that those that feel as though they’re likely to become problem gamblers keep an eye out to ensure that they don’t climb too many steps on the journey. Of course, saying that and knowing how to do it are two very different things, so working hard to figure out how to avoid the pitfalls of the commitment effect is crucial. 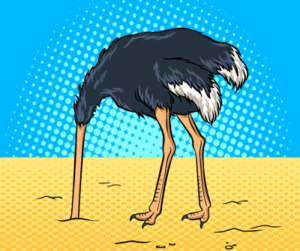 In order to avoid falling foul of the commitment effect, the first thing that we need to do is to do as much research as possible before placing any bets. It is not uncommon for those that find themselves in a situation where they are doubling-down on a poor decision to have done little-to-no research before making their original decision. More often than not, people will place a bet on something based on their gut or the fact that they like the name of the horse that they’re betting on, but they soon become convinced that they are right.

As time passes, people don’t want to admit that they got the decision wrong and should never have placed the bet in the first place, meaning that they look for evidence to ‘prove’ that they were right in their decision-making. When no evidence can be found, they still remain steadfastly convinced that they were right and will often do something such as add more money to their wager. One of the best ways of avoiding falling foul of this situation is to ensure that our original decision is a sound one, based on fact rather than ‘feeling’.

Of course, not everyone is able to look at the bets that they place so analytically. Instead, most people will simply go with their gut instinct and stick to it. If you are the sort of person that follows your gut, the best thing that you can do once you’ve placed your bet is ensure that you’re open-minded about the likely outcome. You need to follow the facts and do your best not to fall foul of an instinctive feeling that will almost certainly prove to be wrong over a period of time. You might not have analysed your bet in the first place, but you need to once you’ve placed it.

By researching the likely outcome of an event after the fact, it might seem as if we’re trying to lock the barn door after the horse has bolted. In reality, though, what we’re doing is trying our best to stop ourselves from losing even more horses, to continue the metaphor. Most bookmakers will allow punters to Cash Out their bet without losing any money, provided that they try to do so before the event that they’ve bet on has got underway. If you’re able to do so then that is the best approach to a bet that you think was placed in error.

If you can’t Cash Out your wager, however, the next best thing that you can do is to ensure that you don’t spend more money on something that is likely to turn out to be a loser. If it ends up being a winner then, rather than rueing the fact that you didn’t bet more money, you should be grateful that you dodged a bullet. That is the nature of the commitment effect: you will always be annoyed that you didn’t bet more money on winners and conveniently forget about any wagers that you placed that turned out to be losers. 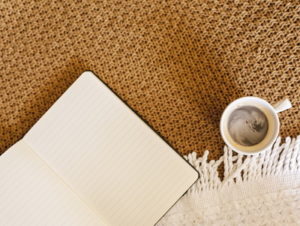 It is entirely reasonable for people to forget which bets they have placed in the past that turned out to be winners and which ones they placed that ended up being losers. As humans, we tend to want to bury our failures and celebrate our successes, but if you want to be a successful bettor then you need to be far more cold-hearted in your analysis of the wagers that you’ve placed. A good betting journal will include not just information such as what odds you got, how much you staked and what you won, but why you decided to place the bet in the first place.

Provided you are honest with yourself, you’ll soon see which of the wagers that you’ve been involved in over a period of time were placed after a good deal of research and which ones were all about your own instinct. The likelihood is high that the instinctive bets will prove to be losers far more often than those that were placed after research was carried out. In a perfect world, you’ll begin to weed out the instinctive bets in favour of those that involve research, thereby increasing the likelihood that you’ll make a profit over time. 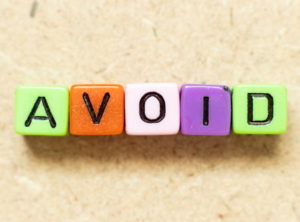 The truth about the commitment effect is that it is far more common to be in play with bets that have been made emotionally. If you were to bet on your favourite football team, for example, or a horse that has the same name as the road that you grew up on, you’ll have an emotional attachment to the outcome of that event and be much less willing to analyse the bet correctly. Instead, you’ll be more likely to get caught up in the success of the bet and therefore find yourself feeling too attached to it to be honest in your assessment of it.

Obviously the more attached to something you are, the more the commitment effect is likely to take hold of how you feel about it. This is something that professional bettors avoid at all costs. Sometimes they will not place any bets on the teams that they love, whilst other times they will only allow themselves to bet on the team or person that they have an emotional attachment to once they can see that they clearly aren’t going to be overly emotional about their actual decision making. It is this last point that is key.