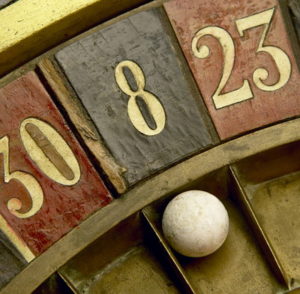 Roulette is a game that has become synonymous with casinos. Whenever people think of the table games within a casino, roulette is definitely one of the first that comes to mind. It conjures up imagery of people gathered around a table, placing their bets on their favoured colour, number or group of numbers, and then waiting for the ball to be launched into the wheel by the croupier. The question is, are these roulette wheels ever biased, meaning certain numbers are more likely to come up than others?

It’s true that online roulette games can be considered as fair as possible, due to the fact that they utilise random number generators (RNGs) to determine their outcome. However, roulette wheels in land-based establishments and in live games online are much easier to tamper with. Here, we’re going to be asking the question if roulette wheels are biased, and if so, how can you play it without falling victim to such a wheel?

What Is Wheel Bias in Roulette and What Causes It?

When we talk about wheel bias, what are we speaking of? Well, wheel bias is basically when a specific set of numbers win more than they should do, thanks to defects within the wheel itself. Most players are well aware of wheel bias, and while there are still players that will analyse multiple spins and then just bet on whichever numbers appear the most, this isn’t quite as prevalent as it used to be. Modern roulette wheels are much better.

Countless reasons could be behind a roulette wheel being considered biased. A lot of it has to do with the construction of the wheel itself. Let’s say, for example, that a roulette wheel has the coloured plastic for each number glued on to the wheel. Over time and consistent use, that glue can lose a lot of its adhesion, resulting in a loosening of the coloured plastic. When a round of play begins and the ball hits those sections, it doesn’t bounce quite as much as it normally would. It is this that goes by the name of “deadening”, and that results in the ball landing in specific sections more often than others. That is  biased against the other number sections where the glue hasn’t loosened over time.

Other things on roulette wheels that could cause bias include minor deficiencies like dents and scrapes, which send the ball into specific areas more so than a perfectly formed roulette wheel. Naturally, some players do look for these particular problems with wheels in a bid to exploit them to their own advantages. Manufacturing defects could have caused such bias in wheels, or general wear and tear over the years. It is not specifically something that is relative to older wheels, as newer wheels can have issues if they haven’t been constructed properly.

Obviously, the way to utilise this against a casino is to locate and attack the imperfections of the wheel. Man cannot create a completely perfect machine, with roulette wheels being created from wood and metal, so they will always be subject to that aforementioned wear and tear throughout their years of use. And land-based casinos employ humans to operate these wheels, which could add to the overall imperfection in the end.

Of course there is also the possibility that the wheel has been manufactured or modified to have specific imperfections to make a casino more likely to win.  This is unlikely in regulated markets in the UK where fairness is independently regulated but it is certainly possible if playing roulette in unregulated markets or with non-licensed casinos. 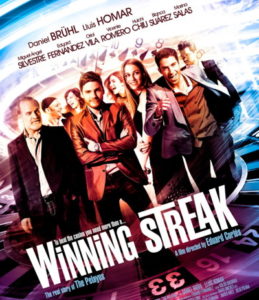 It didn’t take long for some people to realise that roulette wheels could be utilised to their advantage, and several high-profile stories have come to light of such biased wheels being exploited.

The first of these, and probably the most famous story, is that of Joseph Jagger. In the late 1800s, Jagger managed to acquire a fortune when playing roulette at the Beaux-Arts Casino in Monte Carlo. Coming from his work as a miller in Yorkshire, England, Jagger visited the Monte Carlo casino in 1881 and experienced success from table to table. At that time, chests of gold were used as the bank for each different table, and Jagger managed to clean up, taking £7.5 million back home with him.

Media coverage of Jagger’s huge win in Monte Carlo was very sparse, as the casino did not wish for his success to get out for fear of others coming to imitate that triumph. Jagger had never played roulette prior to this moment and hadn’t even seen it played. But he studied a drawing of the wheel and he knew that no wheel ever spun perfectly. Utilising his knowledge of wheels, he studied various types of such, including those on trains, and went on to beat out the Beaux-Arts Casino.

We can even look towards a more recent circumstance of a huge win, thanks to wheel bias. In the 1990s, Gonzalo García-Pelayo Segovia, a Spanish citizen, went on to secure himself a welcome victory by playing roulette. He utilised similar efforts to Jagger in order to track the results of roulette wheels at the Casino de Madrid. By doing so, he managed to discover one wheel that had quite the bias, and he stuck with betting on this one to win himself more than €1 million over several days.

The casino discovered what Segovia was doing and tried to take legal action, but in the end, the courts ruled in his favour, as he did nothing wrong. Instead, the court decided that the casino was in the wrong for not maintaining its roulette wheels properly. A film was also made about Segovia’s success, entitled Winning Streak, which was released in 2012.

How Do Casinos and Wheel Makers Prevent Bias? 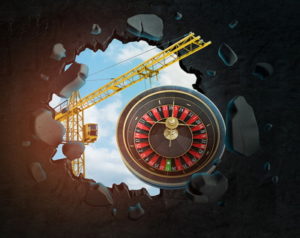 It is never good for an online casino to have to endure players exploiting biased roulette wheels. After all, they end up losing out on money this way, and casinos don’t really like to be on the losing end in such huge ways. How do casinos, and indeed wheel manufacturers, try to prevent wheel bias from occurring?

The first route that some British gambling venues took in the 1980s was to contact John Huxley to produce a roulette wheel that was sturdier. In that wheel, shallower number pockets and metal frets were incorporated, and it became known as the Starburst Wheel. The betterment came because wooden frets are quite notorious for becoming too loose and worn down. Metal frets are much sturdier, and casinos still utilise Starburst roulette wheels today.

Some casinos also feature electronic boards on roulette tables. These serve two different purposes – to display the last 10-20 results for players who utilise trend betting and record results so that the casino can spot any biased outcomes. Trend bettors will be more likely to continue playing at the casino with this being the case, while the data collected from previous results on electronic boards ensure a fair distribution of wheel spins. Should there be any discrepancy towards a certain number pocket, the wheel can be examined and rectified.

Finally, as a sort of addition on to the wheel examination, all casinos now regularly inspect their equipment. This ensures that everything is running smoothly and fairly. Roulette wheels will be fully checked over in a bid to spot any inconsistencies with the setup, with frets, number pockets, the wheel shaft and more coming under close scrutiny. While the Starburst wheel has made this job a lot easier, these can develop wear and tear through constant use. Therefore, the casino gains an extra level of protection over advantage gamblers this way.

Can You Still Take Advantage of Wheel Bias Today?

Due to the fact that gambling establishments have suffered at the hands of wheel bias players many times, they have taken action against such occurrences happening frequently. A casino looking to make money will follow all of the precautions mentioned above to ensure this doesn’t happen. Can it be said that roulette wheel bias has been completely eliminated altogether, though?

Well, it would be quite a naïve thought process to believe that there aren’t any biased roulette wheels left in the world. And even with upgraded, modern wheels, there’s the likelihood that some establishments still utilise biased wheels. Potentially even without having really realised that they’re biased yet.

Is it worth a player seeking these wheels out, though? Well, considering the number of Starburst wheels and precautions that casinos go through, it’s definitely like trying to seek out a needle in a haystack. Should someone be dominating the roulette sector these days by using wheel bias in their favour, they’ve managed to get by without being spotted. In today’s gambling world, that’s quite the remarkable feat to achieve, as security and so on at these gambling establishments is high. Plus, reports of wheel bias players taking advantage of casinos have been pretty much non-existent since Gonzalo García-Pelayo Segovia in the 90s.

While it may still be possible to participate in wheel bias gameplay, it is a quite inefficient way of participating in roulette today. With all that casinos do to ensure this doesn’t take place, you would be much better finding a different strategy to employ when partaking in roulette at a land-based establishment.

With wheel bias requiring so much patience, analysing and skill, it isn’t the sort of quick fix that many players want from gambling. Granted, there are those that may be able to handle it, but for the average player, it’s not something that you’d likely to want to involve yourself in. 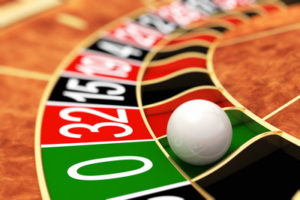 While it is true that wheel bias is quite a simple concept to figure out in your head, it’s not so easy to put into practice. It may seem simple to just track roulette wheel spins and the results of each round to seek out any biased results, running the mathematics and going through the numbers isn’t quite as simple.

Due to the current circumstances though, roulette wheel biased gameplay is much harder to participate in. While some casinos have lost a lot of money in the past to skilled players, they have since taken up a variety of prevention methods to do their best at stopping this form of roulette gameplay from taking place.

Thanks to the fact that John Huxley’s Starburst wheel has been created and put to use in most land-based casinos, the door has almost completely been closed on this type of bias. When you throw equipment inspections into this and the recording of results from games, any possible player edge that this form of gameplay may have once brought is significantly diminished.