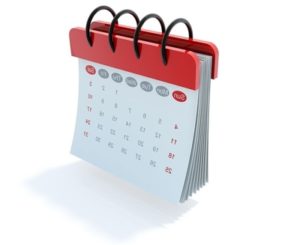 Gamblers are always looking for tricks and hints on how to increase their chances of winning and get an edge over everybody else. This can lead to some pretty crazy theories and ideas.

The bottom line is that the outcome of every spin of every slot machine is decided by a random number generator (RNG) which has no idea who is spinning or how long they have been playing. Each spin is treated individually and is not affected by the outcome of the spin before it or the spin that follows.

It’s the same story for other online casino games – the outcome is decided completely at random unless you are playing poker against another human being, for example.

So then, does that end the article? No. Because even though the above is true, there are a few other things which come into play that, while they won’t affect the outcome of your play from one spin/hand to the next, can make a difference to the outcome of your overall session.

It’s not by much, but it’s there. Read on to find out more.

Give Me Those Tips 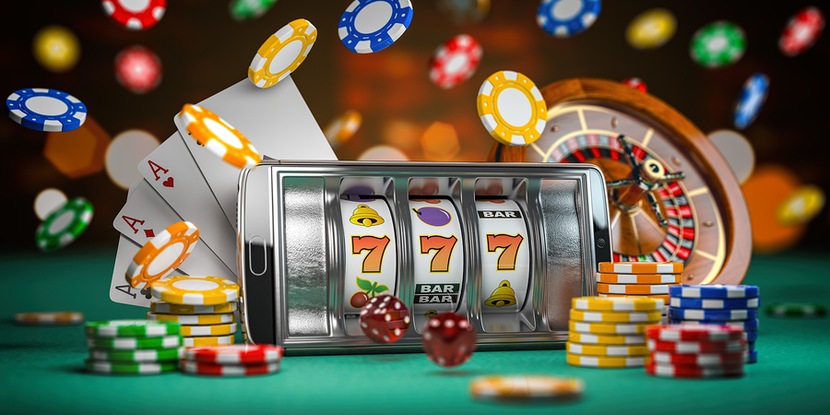 Alright alright keep your hair on.

They aren’t really tips, they are more like practical considerations. Like we said, you can’t get one up on the machine itself, but you can think smart. Casino’s have their busy periods and slower periods just like any other business, so in their slower periods they want to encourage people to play and stimulate profits, right? 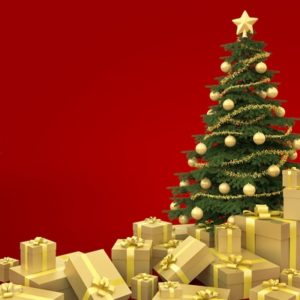 All online casinos have offers and bonuses throughout the year, but not all promotions were made equal and you will often find the best offers during the Summer when the weather is good and people would rather be outside sunning themselves and having an ice cream.

Although winter tends not to be so good for offers per se, specific holidays tend to be a good time, so Christmas, New Year, Halloween etc. Winter is colder and darker so people tend to stay at home more often so traffic is already high at the online casino. But at Christmas, for example, there are other things going on and business dips, so…

…out come the seasonal offers to tempt players away from their turkey and mulled wine. Actually, the casino is probably also aware that you will likely be at least a few glasses of wine in, and booze makes gamers over confident.

The point here is that if you know when the best offers are you can take advantage by playing when they are active, reaping all the extra’s that they provide. 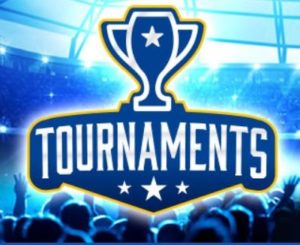 These are also called ‘Races’ at some casino’s, but they are the same thing. They are leaderboard competitions usually lasting between 1-7 days, with the top scoring players winning extra cash at the end of the allotted time.

You just play as normal and you tot up points as you win, but timing can be the difference between a winning spot and a losing one because if you join the tournament too late you have a lot of catching up to do. Conversely, if you start playing the slot in question before the tournament has begun you will be wasting funds on spins that aren’t scoring you any points.

Some tournaments have an entry fee, some use your funds as normal, and occasionally they are free to enter. The way points are scored changes too, and some are fairer than others in that the amount you stake doesn’t matter, it’s only the wins that count.

That’s not really important here though, what’s important is that you get in right at the start of the race to give yourself the best chance of finishing in a paying position. Do that, and you are boosting your profits without any extra risk.

The best time to play is when you are in a good mood and in control. That way you can enjoy your session without getting angry at losing streaks or staking more than usual in frustration, and you can stick to any limits you have set for yourself.

This won’t improve your chances of winning but it will keep your losses down, as well as your blood pressure.

The best you can really do here is guestimate – that’s not a typo, it’s a cross between ‘guess’ and ‘estimate’, good eh?

If a jackpot that usually pays out £7million+ is currently sitting a £1.5million, chances are it won’t be paying out again for a while, so playing it and hoping for a big win could be futile. This is not guaranteed of course, it’s all random, but you might be better off going to another game which feels closer to breaking point.

You can track any specific progressive jackpot’s historical payouts, so you can get to know them a little bit. If you notice that a particular jackpot is higher than it has ever been before then you might decide that now is as good a time as any to get involved.

This one seems a bit predatory but it can serve as a warning just as much as advice, so we will list it anyway.

Online poker players know that late Friday and Saturday nights can be a good time to take on an opponent. This is because a lot of people come home after a heavy night and fancy a few hands before bed, and as we keep saying, booze does not help us make good decisions.

If you pitch a semi-professional online poker player against a barely sober barely awake enthusiast who do you think is going to win?

So, if the latter sounds like you then change your habits! 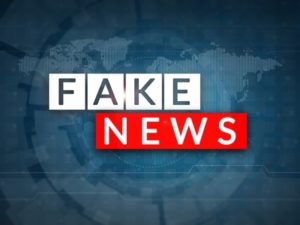 We have heard a few so let’s dispel some of them for you.

Number 1: We have heard it said that since a large proportion of activity at online casinos happens at the end of the month, this must be the best time to play. Why else would so many people play at this time?

Well, probably because they have money left at the end of the month before their next pay check so they can afford to. That’s one reason

Number 2: We have also heard slots referred to as hot or cold, as in, “Gonzo’s Quest is hot at the moment, it keeps paying out”. This over simplifies the way slots work.

It might be paying out, but it’s still random, and just because other people have been winning it doesn’t alter your chances of being any more or less fortunate. This is another great demonstration of randomness in action; sometimes it pays and sometimes it doesn’t, but every spin still has the same chances of winning regardless.

Number 3: Ever heard of win cycles? The theory is that a slot goes through a cycle of building up money before it starts to drop big payouts. Then it goes back to stockpiling and repeats.

This, again, is untrue. And probably illegal. We hate to keep banging the same drum here but every single spin is independent from the last; so the RNG doesn’t know how much money a slot has taken, another piece of software does that, the RNG just cycles through outcomes until you tell it stop.

What About Physical Casinos? 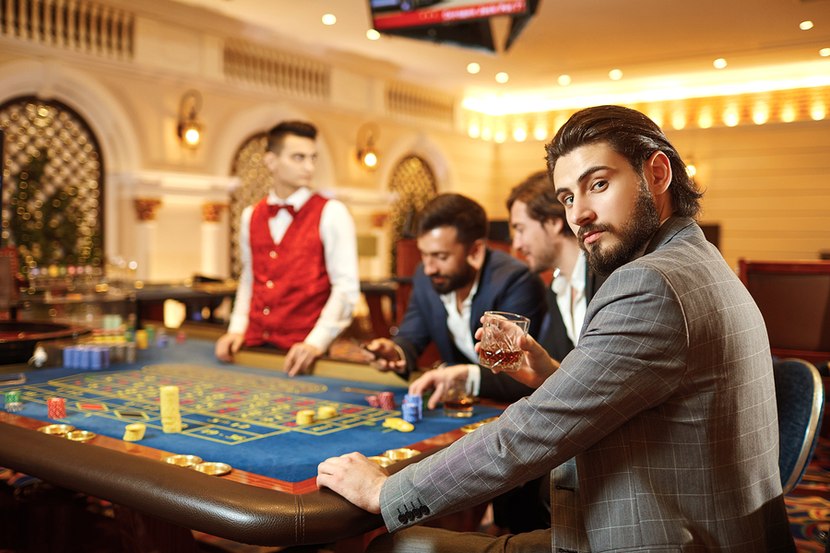 It’s the same deal as far as the randomness of each hand or spin is concerned, but there are a few things to consider that will affect your experience:

There are plenty of myths pertaining to brick and mortar casino’s too:

Number 1: You will probably have heard about people watching machines to see which ones haven’t paid out for a long time, then jumping on to claim the jackpot once the person who has just fed it all of their money gives up.

It doesn’t work like that. The RNG cycles through hundreds of different outcomes a second. It’s only when the player hits the button that one of them is chosen, and the RNG resets after each spin so the last doesn’t affect the next and so on.

Even if someone scores big on their first spin after you walked away, it doesn’t mean you would have won if you had stayed on for one more spin; the chances of you hitting the button at the exact same split second as them is ridiculously small.

Number 2: The idea that playing on a Monday after a busy weekend will somehow mean there is more money to be won is flawed for the same reason.

Number 3: You might also have heard about casino’s ‘loosening’ or ‘tightening’ machines at different times of the day to make them more or less likely to pay out.

This doesn’t happen. Have you seen how many machines there are in a casino? How many technicians have you ever seen running around with screwdrivers opening up the machines and fiddling around? Exactly. 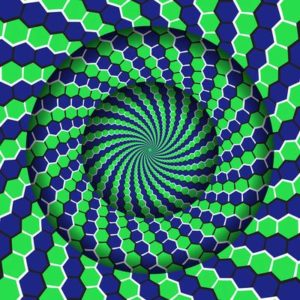 Your experience of a casino game will be completely different to someone else’s, so just because you feel like you only start to win during the weekend, or after you have wagered £50 or more into a machine, it doesn’t mean that is the same for everyone.

In fact, this is the definition of random. There will be ‘patterns’ but they will be random, and actually, the more inclined you are to spot them the more often they will seem to appear.

You might feel like you have lucky days of the week or specific time slots when everything seems to go your way, but this is created in the mind not in reality, and ties in with gamblers fallacy. 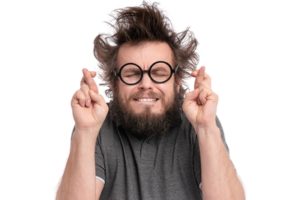 Gamblers fallacy is when your brain reacts to a situation and creates its own reality that is detached from actual reality. Like convincing yourself that you can see patterns in the outcome of many different spins on the roulette wheel, for example.

Equally, if you think that because the ball has landed on red 20 times in a row the next one ‘surely has to land on black’ – that’s gamblers fallacy. The ball could land on red 1,000 times in a row before it lands on black, there is no rhyme or reason to it.

There is a comprehensive article on gamblers fallacy here.