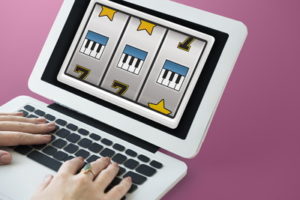 Many have experienced that thrill of spinning a slot machine and watching as three or more symbols line up to provide a win. And it could be said that that’s enough to bring a significant amount of elation to a player. However, what about the rest of the game? More specifically, what about the music and sounds that are included alongside?

Music has obviously been included for a purpose.  The question is that purpose to enhance the experience for the player or are there other aspects to music in games that encourages people to stake more or play for longer?  After all, it’s not uncommon for an online slot featuring an Irish theme to feature Irish sounds and music, for example. Would we miss those noises if they weren’t included?

It’s our intention to look at how music in gambling affects the player, be that positively or negatively. And what’s more, is there a noticeable change in the incorporated game music when you win or lose? Plus, how much impact does the music have in ensuring that you, the player, continues placing bets on the game? Is it necessary for land-based casinos to have music playing inside as well?

The Introduction of Music in Slot Games 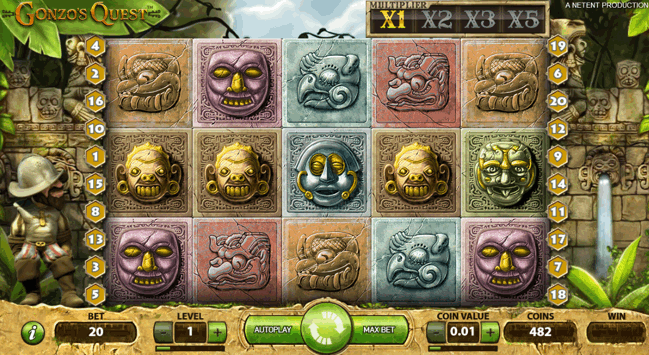 Nobody can deny that slot games have gone through quite the revolution in the past decade or two. While physical slot machines started out as basic one-armed bandits with simple images and mechanisms, these soon advanced to become electronic machines, featuring flashing lights and arcade sounds alongside. And from there, the games have extended their reach to the online world, coming with different reel setups, themes, graphics and inbuilt special features.

One other thing to have been updated along with the slots is the inclusion of music. While basic noises have been integrated into games for some time, music wasn’t something that really became prevalent in slots until much more recently. And it’s also something that is quite under-acknowledged when it comes to how significant it is in the overall slot game experience that is had. Today, if you were playing a slot based on Ancient Egypt and it didn’t have a crisp backing track that made that atmosphere and theme come to life, something would potentially seem amiss with it.

Simple sound effects in slot machine games were introduced in the early 20th century, being added as something new to keep punters interested in playing them. Those classic and arcade sounds remain in some of today’s slot games too, such as the clinking of coins when you win or a certain ditty playing to heighten the sense of winning. However, the first slot games to include music were introduced in the 1980s, becoming fairly widespread within a couple of years. Yet, that music was often just a sort of polyphonic sound – the kind found in early mobile phone ringtones.

Today’s slot game releases come with full sweeping soundscapes of music, though. Take Gonzo’s Quest from Netent, for example (pictured above). Once you load the game up, you’re greeted with the sounds of the rainforest, while every spin of the reels provides a jingle of Latin American sounds. And if you win, you hear the crumbling of stones as the reels go into avalanche mode. Getting into the free spins round then provides you with extra sounds to enhance gameplay.

Taking their cues from all sorts of similar games, slot developers began to include music and background soundtracks into their releases, and this has continued to present day. Can it be said that music is now an integral part of online slot releases? 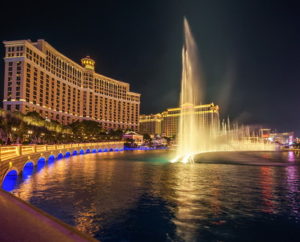 If we really want to look at what sort of significance music in slot games has, it would be quite appropriate to compare it with the music played in brick-and-mortar casino establishments. Music in general is a powerful thing, which can stir up emotions and create different moods in many people. Studies have shown that music affects us all on quite a profound level, shaping our behaviour and psychological influences.

It should come as little surprise then, that land-based casinos have taken to piping it into their rooms. With a selection of well-chosen melodies and tunes, a casino can create an even more enticing atmosphere for its players.

Casino owners know that visitors can be influenced to play more by certain things, and music is definitely one of them. Of course, they don’t particularly have the luxury of being able to play whatever music is available, which can directly affect a guest’s decision to continue betting or not.

Instead, most casinos will opt for soft pieces of melodious music, which helps to relax the mind. Once a player hears this, there’s more of a likelihood that they will feel calm and comfortable within the casino environment. In this circumstance, a player is likely to stay betting at a table or on a slot machine for longer.

Because this is the effect that the operators of casinos desire, it stands to reason that music is often found playing in establishments. Granted, this isn’t piped through the speakers at an immense volume. After all, a player doesn’t like to be bombarded with music when they’re deciding on the types of bet that they need to make. The idea is to make them feel comfortable and relaxed enough to bet more, not to send their thoughts into a cascade of nonsense that puts them off.

You can imagine how that theory extends to online casino games as well. Because players are accessing these games from a desktop computer or a smartphone for example, there isn’t any background music from the casino playing. That being said, there are some online casinos that have taken to including music on their general websites for the self-same reason. Yet, this is a unique feature for a site to include given it can annoy more often than not. Instead, the slot machines (and even the table games) come with their own inbuilt music.

How does the music within these games impacts on the players, though?

There are various perks to having music in an online casino game, for both the casino and the player. However, we are going to be taking a look at what benefits this provides for the person playing the game.

Creating an Environment and Atmosphere

If you are playing from home, you won’t get the same atmosphere as you would when accessing a gambling game in a land-based casino. However, with the inclusion of music, you can get closer to having an immersive experience with a slot. It builds on the game’s theme and helps to bring it to life, giving you a much more entertaining gaming experience.

Take a look at Vikings go Berzerk by Yggdrasil, for example. This game utilises the Viking theme throughout, and it depicts these sea-worthy warriors crossing the oceans. There’s a very apt soundtrack playing as you load the game up, and this gets faster as you spin the reels.

This draws you in to the game and makes you look forward to the outcome, potentially giving the idea that this spin could be a winner. And when you do win, you hear a jingle that hypes you up even more.

This particular point is key for both players and casinos, naturally. Of course the music involved in the games you’re playing influences your betting habits. According to statistics though, music playing through games and in casinos most definitely impacts the behaviour and decisions made by gamblers.

Research done by the Department of Music at the University of Sheffield, UK found that music can definitely influence the indices of laboratory gambling behaviour. Within that research, it was discovered that slow-tempo music led participants to place more bets, while fast-paced music led to swifter reaction times. This study was tested out on a simulated card game.

When it comes to slot machines, it was found that slow-tempo and higher volume music can provide cues for players to more accurately reconstruct elapsed duration of play.

Combination of Music with Sound Effects

While the music that is integrated into online slots and casino games is one thing, when this is combined with inbuilt special sound effects as well, things get even better. While land-based casinos are frequently known for their jingling of coins whenever someone wins, this isn’t something that can really be replicated so well with online games.

That is why other sound effects are built into them alongside the music, as a way to keep you completely invested and entertained. 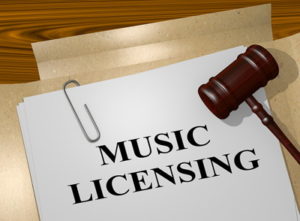 Slot developers are always looking for a way to expand their portfolios, and it was due to this that several providers chose to involve themselves in branded games. Through these, popular television shows, musical acts, movies and so on have an online slot game constructed surrounding them. The music included within these various forms of media is an important part of the licence that the developer has with the creator of the theme content.

You only need to look at games like the Motorhead release from Netent or the Grease online slot from Playtech. Both of these utilise music from their respective themes, which is licensed out to them from the owner of such. Because branded online slots are becoming ever more present in today’s world, this is likely to be something that continues. Of course, there are already multiple titles in this category for you to access.

Now, with these games taking on the theme of certain popular media, there’s little wonder that the licensed music incorporated alongside will appeal to players. If you’re a fan of The X-Files or Batman Begins, just as two examples, then you’re likely to gravitate towards slot games with those themes built into them. The music included alongside the base theme adds to the overall appeal, and there are some amazing soundtracks to today’s television shows, movies and so on. The same is true of those games that focus on musical acts, such as the Guns n’ Roses slot or the Sabaton game release.

An Important Addition To Games 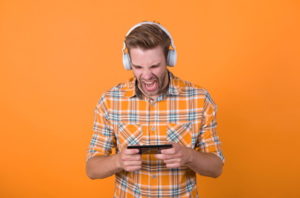 After all, it helps to bring the game to life. It keeps you entertained by building on the base theme ideally. And in the end, it works out well for the casino if you’re continuing to place bets on a game because you’re nicely involved in it. The music in the game is certainly key to that being the case, too.

That’s not to say that in the past, players would be reticent to place wagers on games without music. Far from it. However, now that games come with the technology capable of having music integrated into their setup, is it likely that should this be taken away, that betting on slots would decline? It’s a possibility, of course. Perhaps it wouldn’t be anything so dramatic in figures, but many people enjoy listening to music and sound effects while spinning the reels of their chosen slot.

Yes, there is a more sinister side to the music and we know that developers select specific songs, sounds and chimes to encourage betting behaviour.  You could argue this is just effective marketing or you could argue it encourages irresponsible gambling.  Either way though, those who do not want to listen can simply mute the noise. It’s more likely that the inclusive music in slot games is here to stay for the foreseeable future.