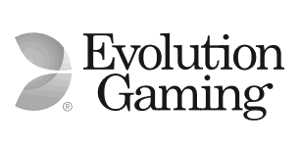 The world of casino gaming solutions is a thriving one, filled with numerous companies that compete over the creation of slot machine games, computerised card games and other such things of that ilk. It’s rare that a company comes along and completely revolutionises the way things are done, mainly because there’s an extent to which it’s all much of a muchness. Companies tend to tweak the way games are played rather than changing them outright, preferring to make minor changes in their approach in the hope that they’ll find a way that will appeal to players, thereby winning them more business.

Then Evolution Gaming came along and very much lived up to their name. They completely changed how companies began to think about online gaming solutions thanks to their revolutionary approach to live games. The company was formed in Riga, the capital of Latvia, back in 2006 and has now grown to the point where they employ more than 3,000 people across six offices and seven live studios throughout Europe. This includes locations in England, Sweden, Spain and Italy. They are quite literally the world’s leading company for live gaming solutions and their software is used by some of the biggest names in the industry.

When it comes to the games offered, Evolution Gaming have developed their live options to ensure that there is a suitable amount of variety. They’re always going to be slightly hamstrung by the nature of what it is that they offer, of course, considering that they’re entirely unable to to do what slot machine producing companies do and dress up the same game in different clothes. Instead they have a finite number of options in front of them, given that they can only offer live card games or other such options that you’d be able to play in a real life casino.

Having said that, they’ve done their best to offer variations on the same theme, with four different versions of poker available. One of them is the casino standard of three-card poker, with both Texas Hold’em and Caribbean stud also available to play. The fourth poker variety is actually more of a play on Texas Hold’em, with both the standard game and an ultimate variation of it. The other typical casino games offered are roulette, baccarat and blackjack, each of which is a genuine favourite of casino goers everywhere.

The final game that Evolution Gaming offer is another favourite of people who go to physical casinos, the money wheel. Entitled Dream Catcher, the hope is that it will appeal to slot players who fancy having a go of a live casino for a change. Live dealers spin the wheel and punters bet on whether they think it will stop on 1, 2, 5, 10, 20 or 40, with the payouts relating to the number. If it ends on 1 they’re paid at 1/1, for example, or 40 will be paid at 40/1. There are also 2x and 7x segments that give players the chance of earning a big payout. It’s the ability to find different ways of playing games like this that sets Evolution Gaming apart from the competition.

Evolution Gaming isn’t run by idiots, they saw the development of the mobile betting world and made sure that they kept up with it. Consequently their mobile gaming platform isn’t simply something that they’ve thrown together at the last minute, making do with whatever they could come up with. Instead it’s a well thought-out, intelligent approach to playing games on the go that is thoroughly well integrated for the players. 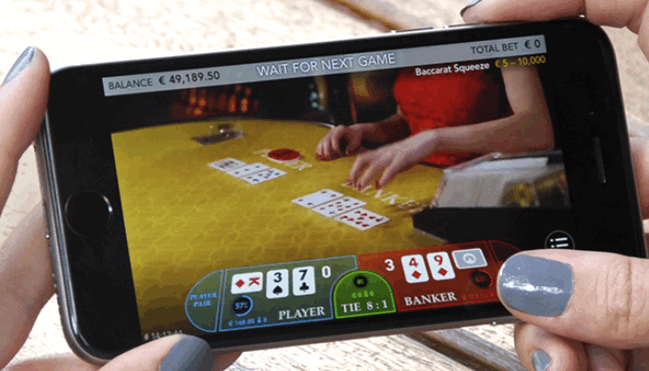 All of the games are available to play on the most major of mobile devices, including Android phones and tablets, iPhones and iPads. They can be played both via native applications and the built-in browsers that these mobile devices are shipped with.

Perhaps here we should talk not about live casino options but rather slot games and the like. Unfortunately, though, that would leave this section of the site rather empty of words as they don’t offer any. What they have done instead is branch out their operations to ensure that companies that use their live casinos will have a choice of locations to head to.

Their original home was Riga and they continue to provide operations from their, but you can also have dealers coming to you live from Malta, Murcia in Spain, Campione d’Italia in Italy, Spa or Aalst in Belgium and Bucharest in Romania. All poker comes from a dedicated facility in Tallinn, Estonia.

The company added €1 million to the initial jackpot and the hope was that it grow to the point where it was larger than all of the previous progressive jackpots won on slot machines combined.

You would obviously think that the thing that sets Evolution Gaming apart from pretty much every other casino software developer is the fact that they only offer live casino games. That’s not the main thing, though. Instead, the differential is that the company only offers punters the opportunity to play games that are based on chance. That was a decision taken by the two developers that started the company in Riga, Latvia back in 2006. The following year they had done enough to win the business of numerous major names in the industry: Gala Coral, William Hill, PartyGaming and VC Bet, the company that would go on to become BetVictor.

As always with the best companies, they kept on growing. In 2008 they made a deal with bet-at-home.com, one of the leading companies for casino solutions in Germany. Soon the demand was so big on the company that they needed to develop in order to cope with it. The studios in Riga quadrupled in size and more big-names were turning to Evolution Gaming to provide their live casino solutions. These included the likes of Ladbrokes. Unsurprisingly they began to attract the interest of the rest of the industry, with EGR naming them both the Live Casino Software Supplier Of The Year and the Software Rising Star of the Year in 2010. 2011 was something of a quieter year in comparison to those that had gone before, with the biggest news probably being that they Riga studios moved to a new location.

Even so, Evolution Gaming became the first live casino company to be approved to operate in Italy. They launched their mobile gaming platform in 2012, added a 100th table to their Riga operation to become the biggest single site casino in Europe in 2013 and opened a studio in Malta in 2014. Arguably the biggest year in the development of the company’s gaming was 2015, adding live baccarat, Caribbean stud poker and dual-play roulette to their roster. That was also the same year that they launched their new casino in Spa, Belgium. In 2017 they added two progressive jackpots to their offerings, with both Caribbean stud poker and Texas Hold’em poker being the beneficiaries, plus the new Dream Catcher game was also released.