There have been numerous different versions of International Game Technology over the years. Today it is best known by the acronym IGT and produces various types of gaming technology, with slot machines being a particular speciality. They have offices in Rome and Las Vegas, to name but two cities, and their headquarters is located in London. That gives you an indication of the global appeal of IGT’s offering, to say nothing of the success that the company has enjoyed to be in need of multiple offices around the world.

IGT offer best-in-class content across a range of different services and products, putting them high on the list of gaming solution companies. Little wonder, then, that online casinos and bookmakers don’t even bother attempting to make their own games. After all, why compete with companies that have spent their entire existence figuring out how to get the best out of the systems that exist? Far better to bring them on board to help you become as successful as possible. So what, exactly, does International Game Technology offer to those that require its services?

IGT offer virtually every form of online game that you could hope to play. Though slots are one of their specialities and how the company made its name in the first place, they cover other conventional offerings such as betting services and lotteries. They do their best to keep their content as fresh as possible, constantly looking at what they have on their roster and refreshing it when necessary. A versatile software package offers plenty to companies with online casinos, of course, but it does somewhat rule out the more personalised and niche experience that you get from some of their rival companies. It is, therefore, all about horses for courses.

The way around that particular problem for a lot of online casinos is by using International Game Technology for the bulk of the games and then supplementing them with offerings from the smaller companies that allow for that more personal touch. It’s an intelligent way of doing it, really, as it means you get the best of both world and keep your customers as happy as possible. That is why the company employs over ten thousand members of staff, ensuring not only diversity in ideas but also reliability in terms of dealing with problems, should any rear their head.

In terms of actual titles, we’re probably talking of about two hundred main titles, with variations on a theme within that. Obviously that’s not the biggest number of all of the gaming solution companies on the market, but it’s more than enough to mean that companies can bring them in to bulk out their games without running the risk of repeating themselves. The large workforce that the company boasts allows them to ensure that they’re on the cutting edge of technology, too. The majority of their games are either HTML5 already or else compatible with it, which makes a huge difference when you’re trying to keep up with the better and better devices that consumers are using.

Given the fact that IGT essentially invented video poker, it’s no great surprise to see that they are very proud of their electronic table game offerings in live casino environments. This doesn’t matter much to online players, of course, but it’s a sign of how well they use the technology available to them. The games are designed to be played instantly, so there’s no need to download casino software. Some companies might change this, though, and have a download casino of their own. That’s up to them, obviously, but IGT design their games predominantly for use as instant play offerings.

Because IGT design their games either in HTML5 or with compatibility for it, the vast majority of them are available to be played on the likes of a mobile phone or tablet. They’re compatible with both iOS and Android, which covers most of the market. That includes both lottery style games, instant wins and variations such as Keno.

The slots are the most popular games of theirs to play on a mobile platform, but they aren’t the only ones on offer. IGT saw the mobile revolution coming and adapted to it quickly, even allowing brick and mortar casinos to offer their customers Loyalty Cards on a mobile.

At the time of writing, International Game Technology does not offer any live casino solutions. This could change at any point, of course, but it’s definitely something that lets the company down right now. Given that they’ve realised how lucrative getting as many players as possible to play electronic table games is in a real-life casino, it’s surprising that they haven’t branched out into this department as of yet.

IGT only have one main jackpot game, which is MegaJackpots. It has an average payout of around £700,000 and often gets dressed up in numerous different skins. These include Cleopatra, Wolf Run and Isle of Plenty, to name but three.

The different skins offered results in a more versatile feel to the game, which in turn means that different players will play it for different reasons and the jackpot will go up far quicker than a game with just one skin. After all, if you don’t like the way that game plays you won’t return, but if you like other versions of the same one then you might well play it regularly. 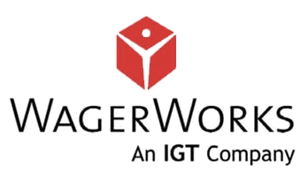 A quick shout-out for WagerWorks at this point. The company is now subsidiary of International Game Technology but is run independently. They have their own gaming catalogue, which is updated regularly and of the highest quality.

Poker variations, such as three-card second-chance, are a speciality. If you see them listed separately anywhere then just bear in mind that they are part of the IGT family.

William Redd noticed in the aftermath of the war that the younger generation was all about entertainment. They had just either risked their own lives or else seen family members do the same, plus they lived under the constant threat of nuclear war. Little wonder, then, that they enjoyed listening to music on jukeboxes or having fun playing on pinball machines. Redd invested in both, moving out to Nevada during the 1960s to grow his business out there. Unsurprisingly, Las Vegas soon caught his attention and he set up a new company called Al Supply that distributed coin machines.

Redd changed Al Supply to Sircoma and managed to acquire the rights to develop a video poker game, something that would go on to be one of the most popular machines in all of Las Vegas. Such was its popularity, in fact, that the company went public and became International Game Technology in 1981. They began to purchase other companies that operated in a similar field, such as Electronic Data Technologies, which was bought in 1984. They began to track the activity of players and this in turn led to them creating the first ever computerised player loyalty cards in casinos. IGT was also the first company to launch a progressive jackpot when they created the Nevada Megabucks in 1986. It had an initial prize total of $1,000,000.

In the 1990s International Game Technology began to expand into the European market and continued its ploy of buying up other companies. This included Anchor Gaming in 2001, Acres Gaming in 2003 and WagerWorks in 2005. In 2014 a merger was agreed with the Italian company Gtech and a decision was taken to continue operating under the IGT name. The full title of the combined companies is International Game Technology plc. With countless awards from the industry, such as Global Gaming Awards declaring the company to have the Casino Product of the Year in 2015, and billions of dollars in assets, it’s fair to refer to IGT as an unqualified success story.