In the minds of many, brick and mortar casinos remain the sorts of places that the rich, famous or glamorous head to. It’s James Bond stuff, with men in tuxedos and women wearing cocktail dresses. However much those people might want to place a bet or two they feel intimidated by a real-life casino, imagining that they’ll feel out of place as though they’re in the Casino Royale. The truth is nowhere near that, of course, but you can’t argue with what people think. For them, the idea of ‘going’ to a casino online is a boon and they lap it up. Most people won’t know it, but Microgaming is the company that they should thank for the ability to have a flutter in the comfort of their own home.

Founded in 1994, Microgaming created the first online casino the world had ever seen and they changed the way we look at such things. Never again will you feel intimidated by the sort of person that you imagine you’ll find in a casino. In fact, you can sit and play roulette or blackjack without even putting any pants on if that tickles your fancy. Some if the internet’s biggest casinos use Microgaming to provide at least part of their platform, but what can we tell you about how they run their systems? That’s what this page is all about, so have a read to find out about the sort of games you can expect to find on casinos with a Microgaming engine.

In a similar manner to their rivals NetEnt, Microgaming develop all their games from scratch to ensure a unique experience for their users. The difference is that NetEnt have kept their offerings limited to just a couple of hundred titles, whilst Microgaming has got numbers. Really big numbers. When it comes to individual games alone there are about eight hundred and fifty to choose from, with variations on a theme taking that amount closer to one thousand two hundred.

The company has made deals that allow them to offer games with themes from some of the world’s biggest brands, films and TV shows. Some examples of these include the likes of Batman, the Terminator franchise and Jurassic Park. If you’re looking at a game that is linked to a movie or show then there’s a really strong chance that it will come under the Microgaming umbrella. No surprise, considering around four hundred and fifty different brands allow the company to make games with their name on.

Nowadays companies tend to split their games between instant play and download casinos. Microgaming are no different, with around four hundred of their titles being instant play games. Around three-quarters of these are slots, with the other hundred being made up by more than twenty-five blackjack tables, twenty poker games, ten roulette and ten live games. If you’d rather play download games then you can do so, with more than double the amount of titles available that way.

One thing that sets Microgaming apart from their rivals is the ability to play tournament games. Tournaments are available on lots of different titles depending on the casino that offers them, with prizes normally available for the players that finish in the top ten. There are normally competitions to suit most ability levels and which one you choose to play will mostly depend on how much time you have available – they range from daily to monthly payouts. More recent releases are in HTML5, with older names still using Flash to power them.

At the time of writing there are around three hundred and fifty games from the Microgaming stable that are available to play on your mobile. As with desktop computers or laptops. there are two ways of playing said games. If you want immediate access then you can play games online through your mobile’s browser. If, on the other hand, you’ll like a more comprehensive style of play then you can opt for their ‘download casino’ in the form a native app.

One thing that will please some mobile customers is that you’re not limited to using the most popular phones or tablets on the market. Obviously the iPhone is one of the best selling mobile devices of all time and its bigger brother the iPad hasn’t done too badly over the years, so of course there’s a native app for Apple devices. There’s also one for Android users, which is exactly what you’d expect in this day and age. The slight surprise is that users of Windows phones will also be able to take advantage of Microgaming’s wares, which isn’t all that common for one of the less popular phones on the market.

Microgaming offer around twenty or so live games across four different studios. One of them is the Playboy Live Dealer Studio, which has a rather obvious theme. Its appeal is clear, but it’s also the first branded live dealer studio created by any online gaming company. Streamed live from Canada, Argentina and the Philippines, you can play roulette, blackjack, Texas Hold ‘Em, Sic Bo and baccarat.

Microgaming isn’t responsible for the biggest jackpot paid out by a slot machine, that honour falls to NetEnt, but they did create the first ever millionaire when a punter struck gold and picked up £1.2 million through their Major Millions game. That should give you some sense of the sort of progressive jackpot games that Microgaming make, as should the fact that another record win was set in 2009 when a Mega Moolah player picked up nearly £5 million. Just in case you’re still unsure, another Mega Moolah player won more than £13 million in 2015 playing through Betway. 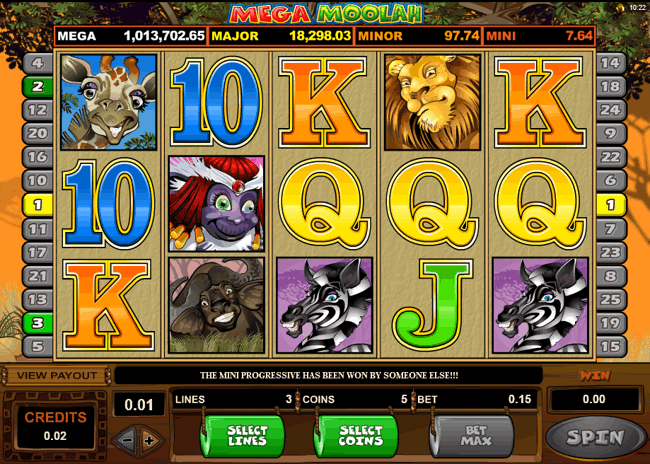 In total the company boasts more than forty progressive jackpot games with, if you hadn’t guessed already, Mega Moolah sitting at the top of the pile. King Cashalot has an average payout of £750,000 and even one of the smaller ‘big’ games, Treasure Nile, pays out over £100,000 on average. Other companies have more games that offer larger jackpots, but Microgaming counter that by having a larger selection of games with progressive jackpots including local jackpots, dictated by the individual casinos.

It would be remiss to write about Microgaming without also talking about Quickfire, the company’s subsidiary which is often licensed as its own entity. The reason why is that it delivers Microgaming’s offerings on a quicker platform. Games can also stand on their own rather than as part of a casino when using Quickfire, meaning that players can get access to their favourite games even faster than ever before.

The combination of Microgaming’s longevity in the industry and the way that they’ve expanded and developed their wares over the years means that the company has won more than its fair share of awards. The eGaming Review Magazine gave them the award for Poker Software of the Year ever year from 2012 to 2016, for example, whilst iGaming Awards said that they had the Best Casino Software every year from 2007 until 2010. That’s just a drop in the ocean when it comes to the awards they’ve picked up, but it gives you an idea of the sort of esteem in which they’re held within the industry.

All of that would have seemed like a pipe dream back when the company was formed in 1994, of course. The internet was little more than a pipe dream back then, used by few people and never really predicted to take over the world as it has done today. Gambling might be the backbone of the company now, but when it first got started the executives decided to take the biggest gamble of all – to plough ahead with an online casino when few people could envisage it being a popular business venture. It was a gamble that paid off and then some, though not everything went so smoothly initially. To begin with they set up their own casino, but they abandoned this idea in 1996 in favour of making games for other companies to use.

Despite the online casino industry still remaining very much in an embryonic state into the turn of the millennium, Microgaming stuck at it. In 2003 and 2004 they developed online poker software that revolutionised the way the game was played online, with the company continuing to develop its offerings with each passing year. There’s no question that Microgaming always to their best to stay ahead of the trends, with the future of gaming being as close to the here and now thanks to this company more than any other.