Nothing says planning for the future and hoping to become an industry leader like naming your company ‘NextGen Gaming’, hey? The online gaming company was formed in Australia in 1999 and has gone on to become one of the foremost independent producers of high quality casino games in an incredibly competitive industry. They are part of the NYX Gaming Group, having been acquired by NYX Interactive in 2011. Whether you feel that they are owned by that company or became part of it depends on your view of such things, but you’ll learn more about that in the ‘History’ section.

NextGen Gaming’s motto has always been to attract clients and then entertain them, thereby managing to retain them. One of the ways that they do the latter is by having plenty of different features within their slot games, mainly because they can’t offer the visual spectacles that some of their competitors do. Just because they lack the visual flair of some other games doesn’t mean that they have nothing to recommend them, of course. The gameplay of a NextGen Gaming offering is often second-to-none, so you’ll be immersed in what you’re playing even if you aren’t exactly blown away by what you see on screen.

At the time of writing there are no casinos that are powered solely by NextGen games, meaning that you’ll get the best of both worlds when you head to an online platform that does offer some of the wares of NextGen Gaming. This is especially helpful because the company doesn’t offer table games directly. What they do have are excellent bonuses that will keep you interested right the way through your gameplay time. On top of that they try to make their games truly immersive, which saw the 2014 release of a slot game based on a Judge Dredd graphic novel. NextGen Gaming offer around seventy different slot games, though they can be dressed up in different skins and given different skins in order to offer a genuine spread of options to the online gaming world.

The company is constantly keeping an eye on their back catalogue and are sure to remove and replace any games that aren’t really hitting home with the customer. It was announced in 2016, for example, that they would be reviving the DC Comic slots previously owned by Cryptologic. It makes perfect sense, of course, considering the popularity of the likes of The Flash, Batman, Superman and the Green Lantern. It’s the sort of move that epitomises NextGen Gaming; keeping an eye on the market trends whilst also looking to see how they can improve their current offering. This, combined with their attempts to ensure that the gameplay is about as exciting as it you can get, is why they’re such a popular company within the industry.

In fact, one commentator once said of NextGen Gaming that it’s the most famous company that you’ve never heard of. That should give you some indication of the esteem with which it’s held in the industry as well as how far reaching the games are. When it comes to how you play them, NextGen games are instant play. The company used to create them in Flash, but in recent times they’ve made the move over to HTML5. This allows mobile users to play them just as much as those with desktop computers. DC Comics isn’t the only licence that the company holds, either. They also have an agreement with Universal Pictures, allowing them to make slots with the branding of numerous different movies from the Universal Studios catalogue.

As mentioned a moment ago, NextGen Gaming’s decision not produce their games in Flash and then HTML5 means that most of them are available to play on mobile platforms. Judging by the way that the company is adopting mobile gaming, it would probably be fair to say that they see it as the future of online gaming rather than just an alternative method for punters to use.

More and more often we’re seeing online casinos and bookmakers design apps for customers to use on the go, so it makes perfect sense for NextGen to put as much effort into this area as possible.

At the time of writing NextGen Gaming don’t have a live casino as part of their offering. In fact, they don’t even produce card games of poker variations. That’s something that may well change in the future, obviously, and if it does then this section of the review will be updated accordingly, so keep checking back in.

There are no progressive jackpots available via NextGen Gaming. Again, though, that’s exactly the sort of thing that can changes pretty quickly so it’s always worth popping back here to see if it has.

In 1999 an Australian named Tony McAuslan decided to start a gaming company with a fellow countryman. Within two years the partner had left the business, with Matt Davey coming on board in 2005. Davey, for your information, had been working as a regulator on gaming and e-commerce for the government of the Northern Territory. With him, therefore, came a real knowledge of the political scene as well as the emerging economy of the online gaming world. He took over as NextGen’s CEO not longer after joining the company, with Tony McAuslan becoming the Director of Gaming Development. Davey has been the de-facto face of the company pretty much since he joined, leading the charge with the numerous acquisitions and mergers that have taken place over the years.

When NYX Interactive came in to buy NextGen Gaming in 2011 the company took a real turn for the better. As it happens, Davey became the CEO of the newly formed company, called NYX Gaming, leading to some debate about whether it was a takeover or a merger. Regardless, NextGen Gaming grew from strength to strength as a result of the acquisition and has been the online slot making arm of NYX Gaming ever since. The design side of the company remained in Australia, with the main bulk of NYX moving to Las Vegas. Not a bad move considering the city in Nevada is the slot capital of the world! 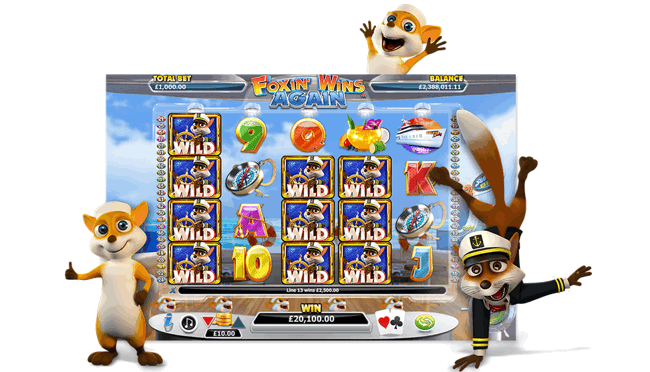 When NYX Gaming bought OpenBet in 2016 they were backed by William Hill and Sky Bet, with the former investing £80 million and the latter putting in £20 million. That such powerhouses in the betting industry were willing to make a £100 million investment in NYX Gaming’s future is a clear indication of the prestige the company demands. The OpenBet gaming platform serves more than twenty customers and has over two hundred partners around the world, so it was an acquisition that made an awful lot of sense. It had been in operation since 1996 and has offices in London, Singapore, North America and Australia, with customers including Ladbrokes, Betfair and Paddy Power.

NYX Gaming has won a number of awards over the years, including the Platform of the Year at the EGR B2B Awards in 2016. In the same year they received the award for being the Best Platform Supplier from iGaming North America Awards. Of course they have a UK Gambling Commission License, so you know you can trust them with your money.