Fredrik Elmqvist was once the CEO of NetEnt, one of the biggest in and most influential gaming companies in the industry. In 2013 he decided to start his own company and Yggdrasil was the result. Elmqvist had a vision for a company that would offer games not based merely on numbers but on gameplay that was technologically advanced. He chose to do this by ensuring that his company used state-of-the-art technology and he wanted them to keep customers onside by offering a top-class customer service experience.

The combination of advanced technology and intelligent gameplay has helped this relatively small company to make a huge name for itself in an industry that is about as competitive as you can get. Their slot machine games are truly next generation stuff, making even some of the biggest names in the business to sit up and take notice of what Yggdrasil are producing. Named after a Scandinavian myth that is believed to be the door to nine mythological worlds, including Asgard, Yggdrasil do their best to give punters access to a whole new world of their own.

Given Elmqvist’s ties to NetEnt, it’s not s major surprise to note that a number of the Yggdrasil are reminiscent of those produced by the igaming giant. That’s also not a bad thing, when you think about it. There’s a reason why NetEnt has become one of the biggest names in the business and the quality of the games they produce is a big part of that. That’s not to suggest that Yggdrasil is just a clone of NetEnt, of course. Instead they’ve taken that company’s work as the basis to create something different and, at times, better. Because of the independence of the company, Yggdrasil as the ability to take time over the production of their games and have very much adopted a policy of quality over quantity. At the time of writing there are thirty-seven different titles available. 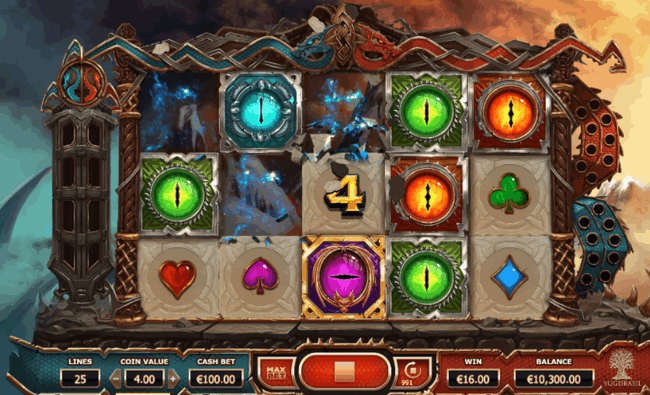 Aiming for quality of quantity might mean that there aren’t a huge number of casino games that come under the Yggdrasil banner, but you can rest assured that the games you will find are top-notch. From immersive gameplay through to exciting HD graphics, the unique style of the company’s games will have you returning for more time and again. The games aren’t limited merely to slots, either. In fact, Yggdrasil has long targeted lottery gaming as a way to make a niche for itself in the market. Add to that keno games and scratch card type play and you can see why the company is so popular with online casinos and punters alike. The games all offer demos too, so you can have a try without betting any money if you want to.

Unlike some of the bigger names in the industry, Yggdrasil doesn’t have any licensing arrangements in place to allow them to make branded games. That’s not necessarily a bad thing, however, as it means that the company has to spend a fair amount of time and effort coming up with their own ideas and gameplay. Yggdrasil has opted to go for the instant play option rather than download, meaning that you can get straight onto playing their games without the need to mess about with having something on your computer. Interestingly, you can play all games through the Google Chrome browser but only thirty-one of them if you’ve got an Apple Mac and tend to use Safari as your main browser.

Yggdrasil Gaming believes that being able to play their games on a mobile device is more of a right than a privilege. It’s why they invented iSense, a mobile specific platform for their offerings. To begin with it was mostly applied to their video scratch games, but they soon began to use it for video slots and the company’s famed Jokerizer game was the first to get the iSense treatment. 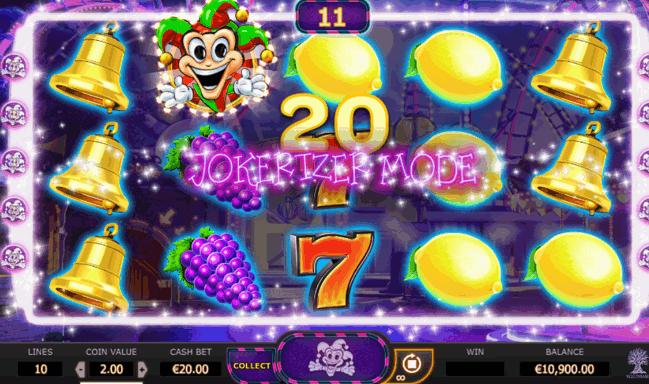 What makes Yggdrasil’s mobile game offerings all the more interesting is that they don’t release a pared down version of them as some companies do. Instead, the mobile game is exactly the same as the desktop version, except for the fact that it’s been for iPads, iPhones and Android devices. In 2017 they realised iSense 2.0, releasing all games in HTML5.

Yggdrasil have decided to concentrate on their slots and lottery games. As a consequence there’s no live casino-style gaming available at the time of writing. Obviously if that changes at any point then this section of the review will be updated accordingly.

Yggdrasil offer a number of progressive jackpot games, the most prominent of which is Joker Millions. The average win on that is around €2 million, whilst the biggest win of all time was more than €5 million. 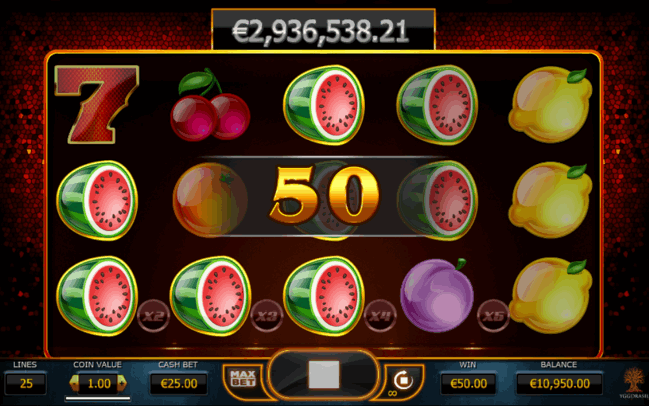 In 2017 another Yggdrasil progressive jackpot, which you could play around the globe, was won by a Norwegian player. The lucky winner picked up just shy of €5.2 million.

The Yggdrasil is a mythical tree that connects nine different worlds in Norse mythology. According to myths and legends, gods would gather at the tree on a daily basis, which might be why Fredrik Elmqvist chose to name his new venture after it when he left NetEnt to set up an igaming company of his own back in 2013. After all, if it’s good enough for the gods of Norse mythology then it will be good enough for anyone. Indeed, it didn’t take long for casinos to start to use Elmqvist’s company to supply at least some of their games. They received their first license the same year that they launched as a going concern, indicating that they weren’t just around to make up the numbers.

In 2014 the company launched its iSense platform, moving away from Flash and towards HTML programming. It was a big shift and they were one of the first companies to do it, causing others to follow. The next year they launched Boost, a tool aimed at player retention via in-game promotions. At almost the same time they also released a new network campaign that gained them a lot of attention within the industry. 2016 saw more launches, including the ability for players to ‘Brag’ about their achievements via social media. This went alongside the Missions tool, allowing punters to have a go at completing objectives within games that would see them win some cash prizes.

Perhaps one of the biggest years in the company’s history, because of what it meant for developers if nothing else, was 2016. That was when Yggdrasil’s White Label Studios was launched. The concept allowed developers to design bespoke slot machines. They received dedicated support from a specific team, plus content that was based on the company’s award-winning technology. Speaking of awards, Yggdrasil was named ‘Slot Provider of The Year’ at EGR’s B2B Awards in 2017. That was the second consecutive year that they picked up the award. 2017 was also the year that they won the Innovator of The Year award at the International Gaming Awards. This is a company that knows what it’s talking about, with a UK Gambling Commission Licence to offer you added peace of mind.