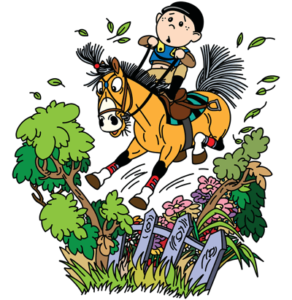 When you are studying the performance of horses, there are many things that you need to take into account, because there are so many variables in play. Was the going is firm or soft? What kind of relationship do they have with particular jockeys and is this a coincidence? Does the horse know the course and is it familiar with the distance? There is so much to consider.

A horse falling in a race could be down to any one of those reasons, or more than one and it does not necessarily mean that it is not capable of being successful on the track.

One of the most effective ways of being able to determine how a horse is affected by a fall is to look at how it performed two races either side of this happening as this will provide some clue as to a number of things, such as how it is being trained.

For example, if it was consistently finishing last up until it fell, then there must have been something inherently wrong in the first place; maybe it should not be racing, perhaps it has been entered into a race before it was ready. However, if it was performing well before it fell, it might just be a freak occurrence or perhaps it wasn’t familiar with the course.

Above is a breakdown of horses who fell during the 2017 Cheltenham Festival and what their record was before and after they went down.

What the table indicates is that it really depends on the attitude of the horse and how they bounce back after a fall.

Sometimes, it is up to the discretion of the trainer as to whether they make any changes such as using another jockey. Incidentally, a horse may fall because they have a new jockey, which could certainly be the case for those who unseat their riders. Also, for those horses who finished in the top half or better for both races following a fall, the percentage accounts to roughly 25 percent which shows that the majority of horses are actually affected in a negative way, at least for their next two races.

What is also ironic, is that the number of times that a horse either unseated their rider, fell or pulled up in the two races after also stands at exactly 25 percent.

Let’s take a look at the horses who fell in the 2017 Grand National Festival at Aintree Racecourse, which is one of the most gruelling rides for a horse in the calendar.

What is really interesting here is that for the majority of horses that fell in this event bounced back in quite a positive and encouraging way recording much better finishes than they had previously.

John Constable for example, had two wins immediately after which is quite an achievement considering how laborious the Aintree course actually is. The same can be said for Politologue and Gold Present, both of whom had two consistent first placed finishes following their fall.

Interestingly, the percentage of horses that finished in the top half or better for the two races which followed their fall at the Grand National Fesitval, stands at precisely the same as it does for those which did at the Cheltenham Festival – 25 percent. Coincidence?

The horses which either pulled up, fell, unseated their rider or refused to race in the two races which followed is roughly 28 percent.

It is also worth considering a number of factors which may come into play when it comes to how a horse recovers from a fall. One of these is the age of a horse, because if it is a particularly bad fall, the physiological makeup of the horse might have an affect on its recovery time and as a result, older horses might struggle to get back into the form they were in.  Furthermore, age and sex may play a part, in terms of whether there is a difference if male or female horses or younger vs older horses to receover quicker.

What Can Be Done To Help A Horse Following A Fall? 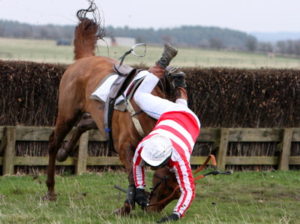 There will be plenty of trainers who think that they might have the answer to prevent horses falling again, however, unless they really know the anatomical make up of that horse, their mentality and how they respond to such events, for many this can really be a case of trial and error.

While jockeys may come into it, there may well be other factors as well, such as the amount that they eat as well as how hard they are trained in the lead up to a race as well. Also what they are exposed to may also have an effect as well. While it is impossible to know what a horse is thinking, if they are in an environment that makes them unhappy, they may well be distracted during a race and this could have an effect as well.

At the end of the day, horses will always fall in a race as that is the nature of the sport. While perhaps more could be done to understand why this happens so that trainers can help to mitigate the risk, the fact that this may never happen.