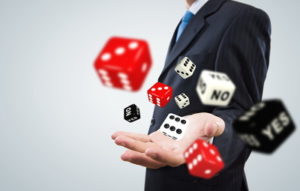 When many of us think of betting, we think of things that are happening in the short-term. For example, which football team we believe will win the current Premier League season or which tennis player will emerge victorious from Wimbledon. And while these sports bets are entertaining within themselves, without a doubt, there are various other bets that can be considered perhaps a little more thrilling for some people.

Here we’re talking about long-term bets, which are placed long before the events they relate to even occur. For example, it was in the early 2000s that someone placed a bet on Roger Federer becoming seven time Wimbledon champion, and in 2012, that bet brought in £100,000 for its winner, which was donated to the charity Oxfam. Yet, exactly how popular are these future bets and what are some of the longest running bets to have ever been placed, both in history and still currently running?

The Wager on Roger Federer

It was in 2003 that Nick Newlife placed a wager of £1,520 at odds of 66/1, betting that Swiss tennis player Roger Federer would win seven Wimbledon titles by 2019. That prediction proved to be an accurate one long before 2019 rolled around, and even though it was a successful one, Mr Newlife didn’t live long enough to claim his £100,000 winnings. He passed away in 2009, and that betting slip was left to the Oxfam charity in his will.

And that wasn’t the first time that Newlife had participated in long-term betting. A previous wager to that one – also backing Federer, but this time betting that he would win 14 Grand slam titles – also saw a pay-out coming from the William Hill platform of £17,000. Those funds were also donated to Oxfam once it became a successful bet for Newlife.

These future bets placed by Newlife weren’t the first instance of such occurring, though. These long-term bets have been available and taken up by gamblers for many years now, and they’re still gaining in popularity to this day.

A Bet on Lewis Hamilton…as a Nine-Year-Old 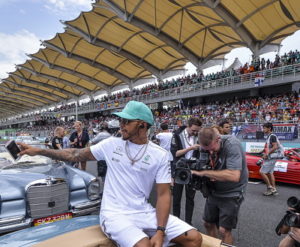 The nine-year-old Lewis Hamilton clearly left an impression on someone, as they proceeded forth with making a wager on him winning a Formula 1 Grand Prix race prior to reaching the age of 23. Those odds were given at 40/1 according to the Ladbrokes bookmaker.

Another person placed a bet on Hamilton winning the World Drivers’ Championship title before he reached the age of 25. The odds of 150/1 given on that bet by the same sportsbook netted the bettor a pay-out of £150,000 altogether!

And these events aren’t solely restricted to people outside of the family, either. You see, Eddie Kirkland was so sure that his son Chris would one day play football for the England team, that he placed a bet on that very occurrence happening. In 1995, he and a few family friends all proceeded with a £100 bet at odds of 100/1, and this was when Chris was just 14-years-old.

The goalkeeper, who once played for the Liverpool team, did get selected to play for the England squad on a number of occasions, although he wasn’t officially used in a game until 2006. It was then that he won his first cap as well, while his family and friends won a nice £10,000 sports betting prize at the same time.

As it happens, parents making bets on their child or children have increased in popularity tenfold in the past five years or so, according to the Ladbrokes bookmaker. According to one spokeswoman for the firm, these types of wagers are just as popular as someone placing a bet on the winner in the final of The X-Factor. Naturally, while it invokes a sense of pride in the parent betting on their child when a win occurs, it can be quite the costly occasion for the sportsbooks.

In fact, Graham Sharpe from William Hill says that he actually has a file that is filled with bets placed by parents of children who they believe will grow up to be something exceptionally special. “We prefer it if the child is only a few years old,” he said. This way, it’s safe for the platform to offer “fairly lengthy odds”, due to the fact that there are more possibilities available for them in terms of career in the future. 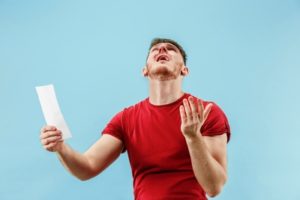 Sharpe has also commented on the fact that these long-running bets aren’t always about sporting prowess, though. Instead, some parents have wagered on their children passing a certain exam or gaining an A-grade in such.

Another example is one grandmother who wagered that her granddaughter would grace the cover of a leading fashion magazine, because she believed she was so beautiful, even from childhood age.

Common wagers for these bets usually linger around the £20-£25 range, and although some have gone above and beyond with these, it’s normally the case that bettors won’t go over £100 with them.

Bet on Yourself, Not Someone Else! 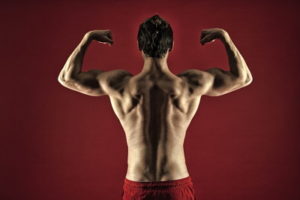 Your future bets don’t always have to be on someone else, either. There have been many instances where people have wagered on themselves, because they have such a sense of confidence in their abilities.

Take a look at Chris Kelly and Justin Tomlinson, for example. Both of them have placed wagers via William Hill, betting that one of them will become the UK’s Prime Minister before 2038. If this happens to become a reality, then they stand to win a total of £500,000 from the sportsbook, thanks to Tomlinson placing two £50 bets (one for each of them), with odds of 10,000/1.

Both of them were elected as MPs for the Conservative Party, although Kelly stepped down in 2015 from that position. Tomlinson remains in his position as such but has managed to spark a bit of controversy during his political career. Could he be on his way to winning the wager for both of them?

Others have been found to bet on themselves reaching the grand old age of 100. So that William Hill can work out the odds for this, it subtracts their current age from 100 and this gives them an idea of what odds to pass forward for them. Therefore, if someone is 85 years old and they make a bet on themselves reaching 100, they’ll obtain odds of around 15/1 for this type of bet.

Bets That May Run Long into the Future 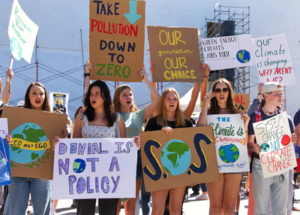 Yet, various people have taken out future contracts on the changing of the climate already. Some of these bets include that the Earth’s temperature will hit a certain level by five years from now or 10 years from now, and that climate change will affect various resources.

Some bets have even been settled already based on this, with climate scientist James Annan and climate economist Chris Hope betting on global warming back in 2008. It was at this time that he wagered £1,000 on 2015 being a hotter year than 2008, with two conference participants being very sceptic about that happening. Sir Alan Rudge and Ian Plimer stepped forward to take that bet against Hope and lost. Hope hedged his bets though, finding Annan who offered him odds of 4/1 against 2015 being cooler than 2008, while Rudge and Plimer offered him even odds.

As it turned out, 2015 was hotter than 2008, so both Plimer and Rudge lost their £1,000 bets, and this saw £1,334 go to Hope and £666 heading to Annan on Hope’s hedged bet. This not only shows that climate change is a real thing, but that people are even willing to bet such huge sums of money on it being one way or the other. Some of the current future bets remain in operation at various sportsbooks regarding climate change.

Additionally, some people place long-term wagers on other things relating to the weather. For example, there have been instances where people have wagered on there being a certain number of tornadoes hitting the United States in a specific year or a certain number of earthquakes occurring in Japan over a five-year period. 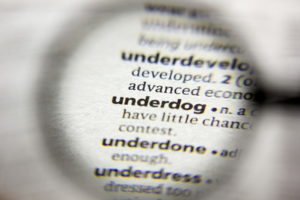 There have even been occasions where what seemed like it would be impossible has actually happened, and people making future bets on such have become huge winners. You only need to look back to the moment that Leicester City won the English Premier League. Nobody could really have expected Leicester to have made such waves in the league, especially considering their performance in the previous season. It was this that led to it starting the 2016 season with 5,000/1 odds to win the Premier League.

Leicester had never finished at the top of the league before – in fact, had never finished in the top 10 of the Premier League. And as it happens, the team hadn’t even been in that league for the vast majority of the 21st century. Yet, some people chose to believe in the team and with odds of 5,000/1 being offered, even if they had placed a simple £20 bet at the time, then a pay-out of £100,000 would have come their way as a result of Leicester winning.

Of course, the team did go on to secure a top-place rank in the Premier League, shocking fans and sports teams alike when they did. One fan claimed £20,000 in winnings for placing a bet at the start of the season on his chosen team, and then went ahead and backed them for the following year. Even while Leicester was winning during the season, the team’s odds only fell to 20/1 for much of the time. It was only once the calendar year altered and the nearest competitors to Leicester failed to even things out, that sportsbooks dramatically shifted their odds in Leicester’s favour.

Therefore, fans who had opted to believe in the Leicester team right at the very beginning of the football season managed to bolster their bank accounts with huge pay-outs from bookies. That proved to be quite the downfall for several sports betting brands. Long shots like this aren’t frequently found to be winners, but when they are, they cause quite the dent in sportsbook profits.