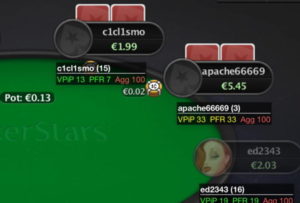 Heads Up Displays, or HUDs as they are becoming more commonly referred to as can be used by poker players to enhance your knowledge of the table. Many within the industry first stated these were of no benefit to players, but the tide has certainly changed over the past decade.

Now we are in a position where some poker sites ban their use, while others still allow players to use them. If you are brand new to poker then HUDs are not something you should ignore, especially if you want to start playing regularly and spending a good amount of money.

Any way in which you feel you can get an advantage over other players should always be investigated. Even recreational players are now looking at HUDs, not because they need one, but to ensure they stay ahead and don’t feel like the player who is being left behind on the site.

HUDs will not do the work for you, they are on hand to assist and help you make decisions. Here is all you need to know about then, hopefully helping you to decide whether you should start using one or not, and their importance for the future.

What is a Poker HUD? 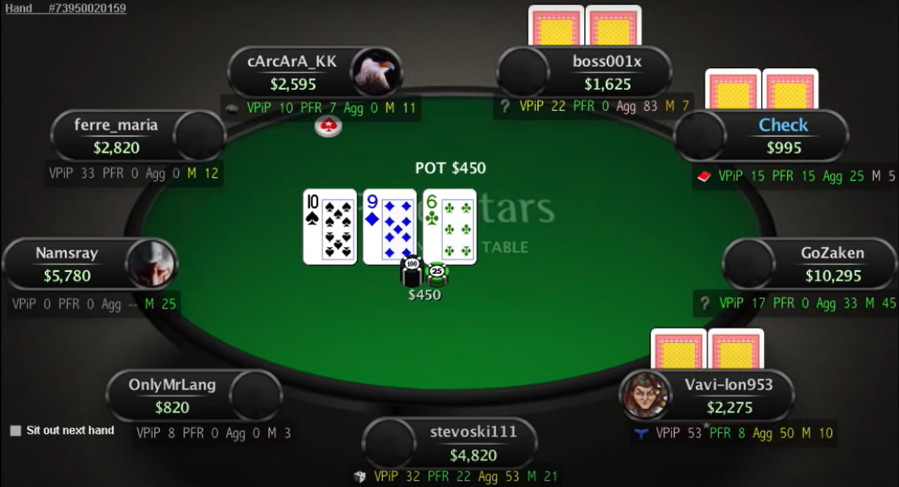 A poker HUD is an app that you can download and then run while you are playing poker. The app will collect information from the game you are in, and then display stats based on that. The idea is that you can then use these stats to judge those who you are against, work out what type of player they are and then use that to your advantage when betting or folding in games.

The information a HUD can unlock will be key to your success. Are you with players who constantly raise before the flop, regardless of the cards they have? Or do you have someone on the table who regularly folds and will only play when they have a very strong starting hand? Trying to work this out while playing is almost impossible, but a HUD can deliver this exact information directly to you for each player if you are playing with one.

With this wealth of information, the decision making process as you are playing is completely changed and flipped in your favour.

What Can a Poker HUD Tell You? 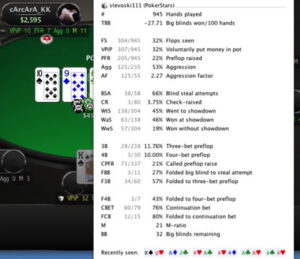 The two examples above are perfect ways in how to use this information to your advantage. If you raise pre-flop and are followed in by someone else, you will then be able to look at their stats. Do they play cautiously, so their pre-flop raise is a sign of a good hand? Or do they regularly raise at this stage, and maybe bluffing?

These are just examples, but basically, if you can think of a poker position you find yourself in, where knowing what type of player you are up against will help you out, then a HUD will have a stat line to help you.

Of course, these are not guarantees for you to use. Players may change their angle from time to time. A player who has shown a tendency to play safe may all of a sudden decide to bluff and go for it. However, using a poker HUD will give you a feel for the general play from these players, even if they do throw in the odd surprise to change things up.

Why Do Players Use Poker HUDs? 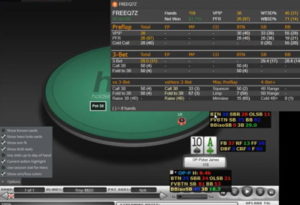 Poker gaming has changed over the years, there is now a lot more money at stake, more people playing and far more technology to use than we have ever seen. The difference between winning and losing can be tiny margins, and for this reason, poker players are constantly pushing to find an edge over their opponents.

Even if others on the table are also using poker HUDs, they are still an edge for you. Those without them will struggle, playing against so many with HUDs. On top of that, even though others have access to the same data as you, they are still going to show what kind of player they are themselves, so you can still work to find out their weaknesses and style.

Poker is all about being able to win hands by exploiting your opponents, and HUDs allow you to exploit your opponents more than you have ever done before.

The type of player you are will also impact this and deciding to use a poker HUD can coincide with a change, to give you a boost. For example, if you are deciding to raise your stakes or move from a fun poker player to a serious player, adding in a HUD at this moment should improve your game as you move up.

It should also be mentioned here that some players use them when multi-tabling, to get more info and allow you to feel in control, despite playing more than one table. Anyone who multi-tables without a HUD will know that collecting player information and trying to remember where it all goes is incredibly difficult.

A poker HUD will take that away from you, displaying the latest stats for each game, so you can see what you are up against, and the players you need to look out for. 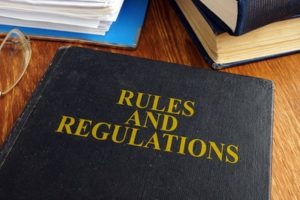 There are three groups for sites when it comes to poker HUDs.

The sites that allow in certain circumstances will usually either allow them in tournaments but ban them elsewhere, or they will ban them for certain table types, so look into this if you are looking at joining a poker room that has limitations on HUDs.

The good news is that the majority of poker sites allow HUDs to be used on them. Stats also show that the majority of winning players will use a HUD while they are playing. If you don’t currently use one, it could be the difference between winning or losing at poker, or if you already win, it could give you a further boost.

If you are playing on a site that allows HUDs then what this could lead to is more and more people using them. Even recreational players who play once a week for fairly small stakes could find themselves with a HUD, just to ensure they are not the only player on the site without one.

How Do Sites Ban Poker HUDs? 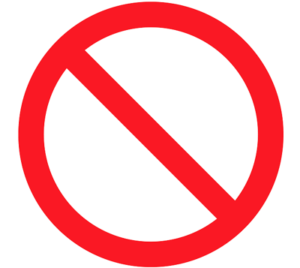 There are two main ways in which we are seeing the majority of sites that want to ban poker HUDs do so. The first is to actively go to the HUD software developers and tell them not to support their sites, so the software simply won’t work on them.

The second, and perhaps most common, is to implement anonymous tables, so the software cannot be used. For example, many sites now simply have ‘player 1’, ‘player 2’ etc on the tables, rather than usernames. Players will still log in with their username and password on the site, but when it comes to playing on a table, players are completely anonymous, so no data record can be built up.

This is a very simple change for poker sites to make, so any site that currently allows HUDs to be used but wants to change that will probably implement this kind of change as a fix.

Is Using a Poker HUD Cheating? 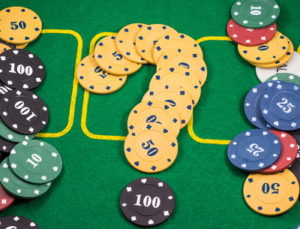 One key aspect of poker HUDs to clear up is that they are not considered a form of cheating. Poker HUDs cannot look into the future, see other cards or do anything to give you an advantage based on the hand you are currently playing, or any future hands.

All they do is collect information from previous hands played, and then display that in the form of stats, so you can see what type of players you are up against, and the traits that they have. In theory, you could do this manually, but of course, this would take an incredible amount of time and effort, which you simply don’t have while you are in the middle of a game of poker.

It is also important to remember that poker HUDs will only give you stats for hands where you are present, not stats for games played by players while you are not there. This means you won’t instantly have everything you need, this will be built up over time while you are playing.

Stats don’t guarantee what will happen next, it can only try and give you an idea of what a player will do, and this is only based on them continuing to do what they have in the past. A wild move, a change of scenario or just a feeling that the player has will all go against those stats.

Having said that, while HUDs are not a form of cheating, they do give you a strong advantage over others by being able to distinguish a player type and exploit them if they continue to play in that style.