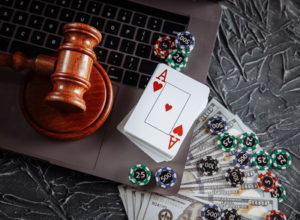 Gambling crimes are something that most of us only read about in the newspapers or online. In fact, you probably can’t go a month without seeing that money laundering has been taking place in one location, someone else is guilty of running an illegal gambling den, a third has been found guilty of hacking into someone else’s gambling account etc. What happens when it comes to the people who are found guilty of partaking in criminal activity?

Well, naturally, different crimes dictate different types of punishment. It would usually depend upon how severe the crime is. However, we wanted to know what the punishments have been in the past for some criminals and what the general law is surrounding criminal acts relating to gambling. How can you expect criminals to be punished in the UK if they partake in hacking, identity theft, money laundering, illegal gambling activities and more?

The Gambling Act 2005 Dictates All

At the moment, the United Kingdom’s gambling scene is regulated by the Gambling Act 2005. This lays out the law not only for gambling operators, but people who partake in it as well. For this reason, it has a set of laws in place that explain what happens if an operator or a player is caught in various criminal activities.

Of course, the Act itself is quite long and in-depth, which is why we have decided to identify some of the punishments for crimes here. Both fines and jailtime feature in the list, meaning that it is an industry that you need to be very careful in.

Section 33 of the Gambling Act speaks of an operator providing gambling facilities without processing an official Gambling Commission licence or a permit. Anyone found guilty of this risks being sentenced to up to 51 weeks in prison and/or a level 5 fine. A fine of this nature cannot exceed £5,000.

That same sentence also applies to situations where a person has been found guilty of using premises to provide gambling facilities, and any time a manufacturer has supplied, installed or adapted gambling software without holding a proper licence. Inviting other people to join in a chain-gift scheme or participating in the promotion of such comes with the same punishment level.

When it comes to cheating, attempting to cheat or assisting someone else in cheating at gambling, you can still receive up to 51 weeks’ imprisonment and/or a level 5 fine, but this also has two years on indictment attached to it, too.

There is a lot in the Gambling Act relating to young people gambling and the penalty that can be incurred for various situations. Section 46 speaks of inviting, causing or permitting a child or young person to gamble, which includes the intentional distribution of advertising documentation with the intent to encourage gambling.

That same level 3 fine is handed out in circumstances where:

Other situations where a level 3 fine is handed out to a young person or a maximum jailtime of 51 weeks is given to an adult include:

Other offences listed in the Gambling Act 2005 include failure to comply with various terms laid out within licences and permits, for which fines of between £500 and £5,000 can be handed out, depending upon the criminal act. There are also punishments for failings in advertising gambling products, obstructing enforcement officers and specifics surrounding bingo, lotteries and other betting activities.

However, these are all relative to operators who are committing fairly minor crimes overall. Issues like money laundering or identity theft related to gambling aren’t covered in these situations, it seems. So, what about the really big criminal acts? How are these guilty parties punished by the law?

Money laundering, for those who don’t know, is the process where criminals hide the proceeds of crime by disguising it as legitimate income from another business venture or location. Cash amounts are possible to be laundered on a small scale through just one business, while financial institutions are usually used for large scale money laundering purposes.

It is thought that hundreds of billions of pounds are knowingly and unknowingly being laundered via banks. However, casinos and gambling in general have long been linked with money laundering too, with authorities in many countries stepping up their efforts to combat the illegal activity.

To put things into a much more understandable context, money laundering is the process of making ‘dirty money’ clean. Money from crime is essentially processed to make it look like it came from a legal source. Many common crimes are associated with money laundering, such as embezzlement, tax evasion and narcotics trafficking. Casinos provide criminals with a way of ‘cleaning’ their crime money by, for example, purchasing casino chips, playing for just a small amount and then making a withdrawal of funds as winnings. And this takes place at both online and land-based casinos.

One case of money laundering that occurred in Australia implicated the largest operator in the country – Crown Resorts. Schemes that allegedly dated back to at least 2014 at its Perth location were noted as having received deposits that were all under the threshold of $10,000. Anything above that amount must be reported to the financial monitoring agency known as AUSTRAC. The events that took place in Australia were said to be linked to Chinese organised crime, and this saw the Crown group pull out of their Macau-based interests in 2017, after it was investigated by authorities in Beijing.

The sentence for money laundering in the United Kingdom generally depends upon the amount of money that is involved in the crime. The seriousness of the crime increases with the amount of cash involved, with laundering of drug money usually leading to a higher sentence, too. Prison sentences of between six and 12 months can be handed out as a punishment should you be tried for more than one offence, and an unlimited fine can be given to guilty parties, too.

This is one of the main reasons why in the UK customers need to go through Know-Your-Customer verification checks and source of funds checks if depositing high amounts. 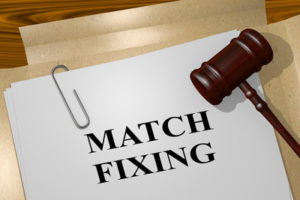 It’s not only casinos that experience criminal activity, with accusations of match fixing relating to sports betting also being rife. This is a practice that involves the participants in a sporting event trying to fix the end result of the game they’re playing. With this being ensured, bettors who are in on the match fixing can place wagers that they know will provide them with a huge payout at the end.

While match fixing within a specific sport is seen as an issue that needs to be tackled through the appropriate rules and penalties being drawn up by governing bodies, these punishments differ from sport to sport. A level playing field must always be in place when it comes to the sporting events in question and the people who may place bets on them. Therefore, offences surrounding match fixing are an important problem.

Anyone found match fixing in the UK football scene for example, will be given a charge by the FA. If this suspicion of match fixing is proved, then it is likely that it will lead to a significant suspension, and lifetime bans are not out of the question, either.

In 2009, some football players placed wagers on the outcome of a Football League match. Four of those players were found to have bet on the outcome – three from one team and the other from the opposite side. Irregular patterns were found by the FA on the bets placed by the four players, and each of them were banned from professional football for periods of time ranging from five months to one year. Fines of between £2,000 and £5,500 were also handed out.

It’s also the case that in 2006, four Italian football clubs were found to have been involved in a match fixing scandal. Three of the teams, including Juventus and Fiorentina, were relegated to Serie B, while the fourth club implicated, AC Milan, only just managed to escape being relegated, but began their next campaign in Serie A with a 15-point handicap. 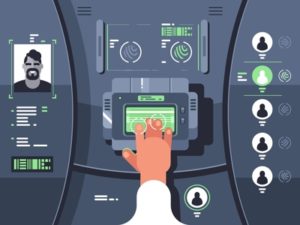 Identity theft is not something that is specific to casino or sportsbook accounts, as it can happen by someone stealing details about you from anywhere and using them for their own purposes. Acts considered to be identity fraud include stealing a document that belongs to another person, hacking into accounts or capturing passwords and other personal information.

This information is then put to use to either open up and online gambling account and/or make deposits into such to gamble with. The sentence handed out for someone guilty of identity theft comes from the UK Fraud Act. This allows judges to punish guilty parties by imprisonment for up to 10 years.

Receiving maximum sentences is quite rare though, so a lesser sentence is a lot more frequently seen with regard to this. Generally speaking, identity fraud at online casinos will see people receive between six months and two years jailtime. Possession of documents for identity theft that have not yet been used comes with sentences of up to 18 months in prison. 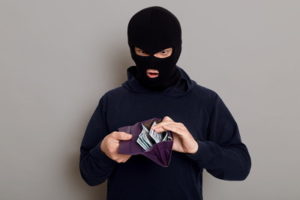 Something that not many people think about is where the money comes from that some people utilise for gambling. When you hear stories of players gambling with many thousands of pounds over months and years, it’s not usually people with high-end jobs and exceptional status that are indicted. Theft of money for gambling is frequently heard in stories of addicts who have gone to the extremes to fund their habits.

This still remains a criminal matter though, and if concerns are raised about a specific gambling licence holder, then it is the Gambling Commission’s responsibility to look into things. They will determine if the business has conducted itself in an illegal way.

On the other hand, if a player is suspected of stealing money from their place of work, a friend or relative, then the police will definitely need to be involved. People with severe gambling problems tend to be the ones who engage in this type of embezzlement. Having spent all of their own available money on betting, they turn to other sources for funding this habit, and that’s where places of work and family accounts come into play.

At the end of the day, this is still classed as theft, though. At the same time, it is the responsibility of a gambling company to realise when a player is using stolen money to gamble and when they have a gambling addiction.

In 2020, Betway was hit with a huge fine of £11.6 million for accepting deposits of stolen money. Campaigners actually called for the operator’s UK licence to be suspended pending further investigations. One VIP customer deposited over £8 million and lost more than £4 million in a four-year period. According to the Gambling Commission though, Betway allowed £5.8 million to pass through its business, which it said was most likely to be the proceeds of crime. It highlighted the fact that many customers with gambling problems had been discovered to have been utilising stolen money.

In 2016, Matthew Stevens was jailed for three years and four months after it was discovered that he had stolen over £850,000 from his firm’s accounts over a period of 13 months. Most of that money was used at the Betfred site to fund his gambling problem, and this led to the Gambling Commission fining the operator £443,000 to be paid to the victims of the criminal activities and £344,500 to be paid to socially responsible causes.