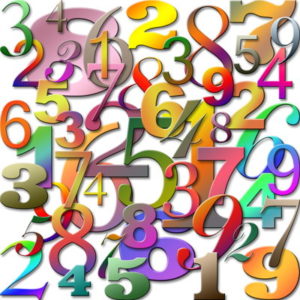 It might seem like a strange thing to say, but human beings struggle to understand the concept of randomness. That is to say, we understand that things can happen randomly, but actually incorporating that into our way of think isn’t always easy. As an example, how many times have you stood in front of a roulette table and seen that it has come up Red seven times in a row, so you decide to bet on Black? Though the two colours will come up an even number of times over a large period of time, in the short-term randomness rules.

We struggle to accept the idea of something happening randomly in such a manner, which can, in turn, lead to us thinking that we should abandon our strategy even though the strategy might well be working perfectly well but spoilt by the sheer nature of random things happening. Randomness is the apparent lack of a pattern in any given situation or the predictability of an event. As bettors, we want to look for both, so we can’t allow the seeming absence of one to turn us away from a well-thought out and considered course of action.

The dictionary definition of randomness is ‘the quality or state of lacking a pattern or principle of organisation; unpredictability’. It is the sense that something lacks a predictable pattern, which is exactly the sort of thing that most of us don’t want when it comes to betting. When using the field of mathematics, randomness has a more formal definition, with random processes being a sequence of events with outcomes that don’t follow a deterministic pattern. They are useful in probability theory and the various applications of randomness.

Historically, the idea of randomness and chance was closely aligned with the notion of fate. People would throw dice in order to determine their fate, which evolved into games of chance. It was the Chinese that initially began to formalise the idea of odds and chance in a manner that we would understand in the modern day. Yet it wasn’t until the Italian mathematicians of the 16th century that odds in the games of chance began to be formulated. In the 1888 edition of John Venn’s The Logic of Chance, there was a chapter on The Conception of Randomness.

How Humans Struggle With Randomness 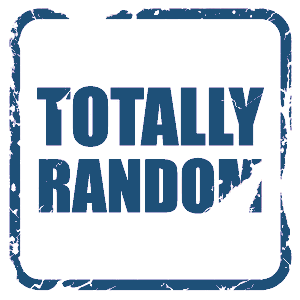 Imagine a scenario in which someone has offered you odds of 6/1 to roll a 6 on a dice. Each time you win, presuming you get your stake back, you’ll receive seven units as payment, which is great when you consider the fact that the true odds are actually the 6/1 offered. That is all entirely logical and something that the vast majority of people can easily understand. The problem comes when you roll the dice ten times in a row and not one of those rolls results in you seeing the number six come up on the dice that you’ve been throwing.

Most sensible people would start to doubt their betting strategy after throwing a dice ten times and not seeing it land on the six on any occasion. All sorts of questions would start to come into the minds of some, including about whether or not the dice was actually a fair and honest one. In reality, though, it is nothing more than randomness playing out in real time in front of you. If you continued to place the same bet then, over time, the six would come up enough times to mean that it would be equatable to landing it every one in six rolls.

What this shows is that you shouldn’t abandon your strategy just because there has been a degree of randomness involved with what is happening that you’re betting on. Of course, understanding the logic of this and actually seeing it play out are two different things and have consequences in terms of how you react to the situation that you find yourself in. Whilst the dice example is an easy enough one to understand, you could transpose it to any number of situations from betting across the years and the same thing will still hold true.

Take, for example, the performance of Liverpool Football Club at Anfield during the 2020-2021 Premier League campaign. The Reds had gone 68 league games at their home ground without losing, which was an all-time record. Then they lost to Burnley in January of 2021 and went on a run that saw them lose another five times in succession during top-flight league games there. That included a loss to Everton, who hadn’t won a league match at Anfield since 1999. The sensible bettor would have been betting on Liverpool to win at home, but would have lost all six bets during that time.

There are obviously many different factors that come into play in terms of football matches, far more so than in the rolling of a dice, but it indicates the manner in which something you don’t think could possible happen can happen and there’s not a lot you can do about it. For those backing Liverpool, the strategy wasn’t wrong and would eventually have started to pay off again, just as the betting on rolling a six would turn your way after enough rolls, but most bettors struggle to get their head around the idea of randomness in such a circumstance.

How To Incorporate Randomness Into Betting 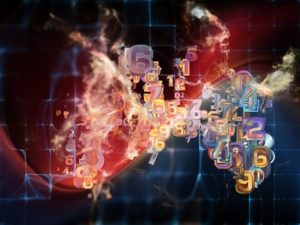 When considering the bets that we place, it is easy to be dismissive of the importance of randomness. If we continue to talk about football, for example, there are all sorts of things that might influence the outcome of a football match, from an unavoidable deflection that leads to a goal through a referee deciding to send a player off in undeserved fashion. The important thing is to not allow randomness to deter us from the course of action that we believe is the correct one in terms of the sorts of bets that we’ve been placing on matches.

A sensible bettor knows that there is far more information out there than just the results of matches to help them make their decision. Modern punters live in a world where statistics are available on all sorts of aspects of a football match, with only dinosaurs like Richard Keys declaring that ‘the only stats that matter are the ones in the top corner’. In truth, even the clubs themselves think about far more than just a scoreline before deciding how much influence they should all the result of a match to have in their thinking about what to do next.

The likes of expected goals might make an old-school football fan shiver, but it is information that should make a bettor smile. The last thing that we should do is allow the score in a match alone to lead us to making systematic misjudgments, instead opting for a complimentary approach that uses all sorts of other information. By doing this, we can incorporate randomness into out evaluation of things but not allow it to have more influence than it actually should. It can be part of our thinking without ruling all of our thinking.

Whilst we’re talking specifically about football here, the same logic can be used regardless of the sport that you find yourself betting on. Whether you’re a fan of rugby, tennis or golf, there is a huge amount of statistical information available that will allow you to ensure that you aren’t blown off your betting course by unavoidable randomness. We have to accept that randomness is a thing and then act with that in mind, rather than throwing the baby out with the bathwater because of an entirely random act happening and making us think that we were wrong in our approach.

Fixed odds games in casinos are deigned to be random (mostly) and online games use a random number generators (which is independently audited and tested) to power the games.  Ultimately, though, no matter how random these games are you have to always bear in mind that they are weighted in favour of the casino.  The more you play them the more you are likely to lose overall.  Unlike with sports a positive edge in casino games is almost impossible to achieve without cheating.