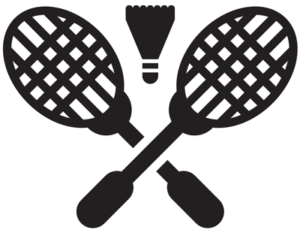 There’s a surprisingly few number of sports that can be played casually by those with little to no experience, with the likes of football and tennis sitting high on the list. You would struggle to see the uninitiated pull an American football out from a bag and begin to punt it around in a park, for example, whilst more specialist sports like nascar and mixed martial arts hardly lend themselves to a casual game.

One sport that does rival tennis and football in terms of being played in gardens and on a beach is badminton, with the fact that it’s played with a net and racquets making it immediately more accessible than a sport that requires specialist equipment or a particular pitch to be played on. Obviously professional badminton players would cringe watching amateurs knocking a shuttlecock backwards and forwards, but it’s a sport that is easier for the layman to understand than many. 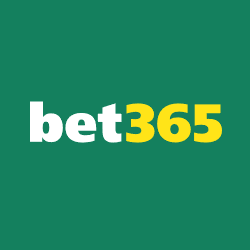 For more obscure sports you have to go with the bigger bookies to find significant markets and for Badminton you don't get any better than the worlds favourite online betting site, Bet365.

The were one of the first ever sites to cover Badminton markets and they offer huge depth compared to most other.  This means you can find markets beyond match result and outrights here.

If you like to bet live in play too this is the stand out site to do it with.  For general odds value they are always reliable, which is good when you consider often they are the only ones carrying certain lines.

The History Of Badminton 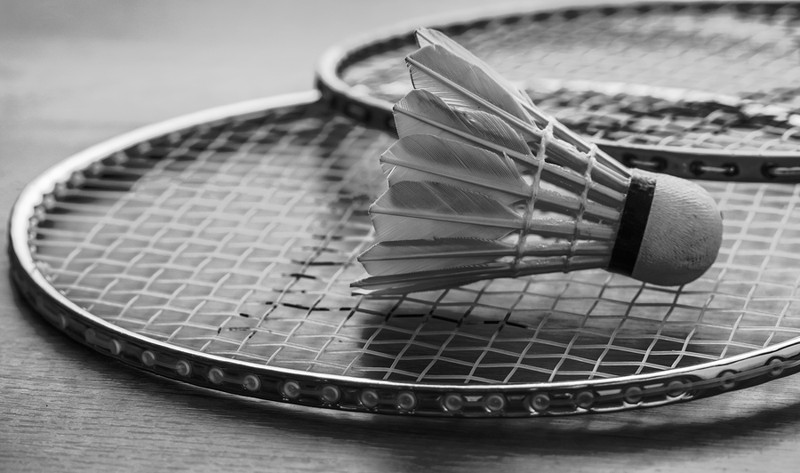 When discussing the specific history of badminton as a sport you must first acknowledge that a shuttlecock as a device has been used in games for centuries before it became associated with badminton. The game was developed out of a game known as battledore and shuttlecock, with battledore being another word for ‘racquet’.

The name of the sport derives from the Duke of Beaufort owning Badminton House in the Gloucestershire region of England, though when it first began to be used has never been established. What we can tell you is that a booklet labelled ‘Badminton Battledore – A New Game’ was published by a toy dealer called Isaac Spratt in 1860.

Origin Of The Rules 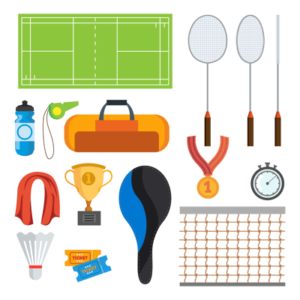 In 1863 an article in a publication called The Cornhill Magazine described the game of badminton as ‘battledore and shuttlecock played with sides, across a string suspended some five feet from the ground’. The fact that the game was popular with British expat officers in India by the 1870s is suggestive of the notion that it might have been developed there; that is especially possible given that a variation known as ball badminton, with the shuttlecock replaced with a ball of wool, being popular in Thanjavur in the 1850s.

The first rules of badminton were drawn up in Pune, India in 1873, leading to the sport being referred to as Poona or Poonah during its more formative years. A badminton club in Folkestone was started by officers returning to the UK in 1875, with as many as 4 people on each team being allowed. It wasn’t long before it was established that a maximum of 2 people per team was preferred if the game was to be successful.

The Rules Are Revised & The Game Grows 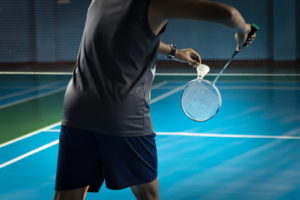 Until 1887 the Pune rules were considered to be the established ones, but then a member of the Bath Badminton Club named J. H. E. Hart revised them. Three years later and Hart teamed up with Bagnel Wild to revise the rules even further, with the ones that they come up with being the ones that were published by the Badminton Association of England in 1893. On the 13th of September that year the sport was launched officially at Dunbar House in Portsmouth.

Six years after the sport was first launched by the BAE and the first official tournament came into being with the creation of the All England Open Badminton Championships. It was initially a doubles competition for men, women and mixed teams, with singles events being added the following year. By 1904 a championship match between England and Ireland was also played, meaning that the sport had truly gone international for the first time. 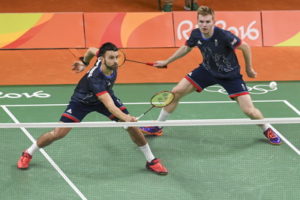 In 1934 nine different countries including England, Wales, Canada and New Zealand came together to create the International Badminton Federation. Better-known nowadays as the Badminton World Federation, it is the governing body of the sport.

England might well have been the driving force behind its creation and dissemination, but the English had to take a back-seat in terms of ability in the game almost immediately. Denmark became one of the most successful nations in Badminton when the game began to spread across Europe, whilst Asian countries have tended to produce the best players in more recent years.

Over the decades since the International Badminton Federation was created, players from countries such as South Korea, China, Malaysia and India have gone on to be considered world-class. By the 2010s you would be lucky to find a badminton tournament not being dominated by Chinese players, such is the extent to which they have taken to the sport rather naturally. In terms of the more ‘backyard’ nature of the game mentioned in the introduction, it is surprisingly popular with Americans.

The Rules of Badminton

As it is a sport that can be played either in a singles or a doubles capacity, there are different rules depending on which variation has been opted for. As with tennis, the court that the game is played on remains the same regardless of the version being played, with the lines on the court either being in-play or being ignored depending on whether you’re playing singles or doubles.

Before we begin talking about the court dimensions it’s worth looking at the simplistic objection of the game, which is to hit the shuttlecock with your racquet in order to get it over the net and within the court area of your opponent.

If it hits the floor on their side of the net then you’ve won the rally and, usually, a point. Of course, your opposite number is attempting to do the same thing, which leads to intense rallies and exciting moments. Unlike in a sport such as tennis, the shuttlecock is not allowed to touch the floor and the moment it does the point is over. 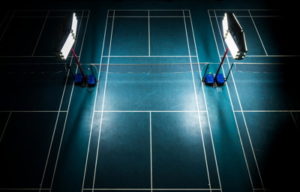 Rectangular in design and featuring a net in the exact centre, a badminton court is 20 foot wide for singles games and 17 foot for doubles. The length of the court is 44 foot and this remains the same regardless of what variation of the game you’re playing. That being said, the serving area is different in doubles to what it is for a singles game.

The net itself ran all the way to the floor in the early days of the game, but nowadays it is 5 foot high at the centre (5 foot 1 inch at the sides) and no longer runs to the floor. Interestingly, no minimum height for the ceiling of a venue hosting a badminton match is mentioned in the Laws of Badminton, but it is important for it to be high enough to ensure that the shuttlecock won’t hit it when players are striking a high serve. 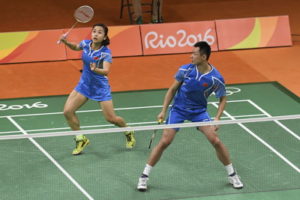 The second that the server loses a point the right to serve transfers to the opposite team. This wasn’t always the case, with the old rules of badminton saying that it would go to the server’s partner in a doubles match.

The game of badminton is a race to notching up 21 points and points are awarded for winning a point regardless of whether or not the player(s) winning the point served. Again, in the old version of the game a player could only get a point if they served. A match is based on a best-of-three basis. Should teams or players make it 20-20 in score then the game will continue until someone is two points clear. That remains the case until it gets to 29-29, at which point a so called ‘Golden Point’ is played for, with the winner winning the match. 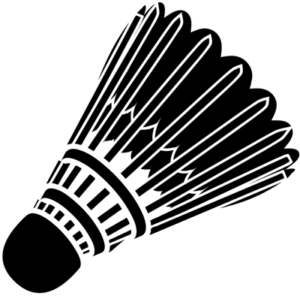 One of the most crucial things in the game of badminton, other than the ability of the players, is the equipment used. Racquets tend to be lightweight in nature, with professionals often using ones that weigh as little as 2.5 ounces before the grip and strings are added. Usually made from carbon fibre composite, the design of them can vary greatly as long as they are still within the rules laid out for their size and shape.

The strings of badminton racquets are thin, ranging in thickness from something in the region of 0.62mm to 0.73mm. Professional players tend to tighten their strings much more than amateurs, preferring the feel of highly strung racquets.

Just as players can select their own string thickness, so too can different grips be used depending on personal preference. Synthetic grips are the most common, with players often choosing between replacement grips and overgrips.

The shuttlecock has an open conical shape to it. With 16 overlapping feathers being embedded into a cork base. These break easily and are not cheap, so recreational players tend to opt to play with synthetic shuttlecocks instead.

The final piece of equipment that players will need are shoes. These are typically lightweight and have soles of rubber. Unlike running shoes, badminton shoes tend to offer little if any lateral support on account of the fact that game requires extreme dexterity in terms of lateral movement. Because of that, badminton players often opt for shoes that have thin soles and encourage a lower centre of gravity.

As you might imagine, there are hundreds, if not thousands, of badminton tournaments taking place around the world at any given time. Indeed, there are 5 different confederations for the sport, including the Badminton Asia Confederation, Badminton Europe and Badminton Pan Am. For that reason, we’re going to have a look at only the most important of the tournaments here. 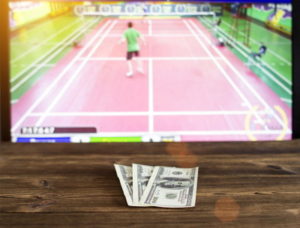 If you’re thinking of having a flutter on badminton matches then there are a few things you should bear in mind, as well as some information on which bets you can place in the first instance.

The things you’ll want to think about include knowing the rules of the tournament, checking out the statistics of matches in advance, whether or not players have a history of showing strong mental aptitude to come back from a large deficit and how often any doubles partners have played together.

Given the multi-continent nature of badminton tournaments, clever bettors will look into how far some of the competitors have travelled and whether or not they tend to cope OK with flying, jet lag and so on. Much like the fitness of the players and what they seem to be saying on social media, finding out about that kind of thing can help you when you’re looking at the bets you can place.

What You Can Bet On

When it comes to what you can bet on, it depends entirely on the bookmaker you use and the stage of any competition that you’re looking to place your bets. For example, if you’re getting in early then you’ll want to consider an outright bet on the overall winner; this is when it’s handy to know the rules of the tournament so you’ll know whether a player has a good change of winning even if they start slowly.

If you’re looking to bet on individual matches then the most obvious bet to place is on the 1/2, which is a bet on the overall winner of any match. Some bookmakers will give you the chance to bet with handicaps and so on, but the outright winner of an individual game is the easiest bet to understand.