Some of they key companies that make up Flutter are Paddy Power, Betfair, Sky Bet, and PokerStars, but there are many more.

These were all huge names in the industry before they came together, and had individually hoovered up many smaller companies. This, in effect, makes Flutter one huge business group made up of several other large business groups, which gives you some idea of the resources they have at their disposal.

What Flutter also have as an advantage over many of their rivals is their global reach. The companies included within the group are all incredibly powerful in different territories, so Flutter can rely on revenue from all over the world.

The name itself harks back to an old betting exchange which was in competition with Betfair, until Betfair bought them out in 2002, so it’s a curious choice but one that works, nevertheless.

You can see that the group are strongly established in key markets such as the UK, Ireland, Australia, and America, so they are concentrating on largely English speaking countries but do have plans to expand further afield and explore new markets too.

Flutter’s subsidiaries are interesting to look at too, from one of the best known odds comparison sites on the internet to risk management services for other betting brands, they seem to have business interests in every area of the industry that they can utilise themselves as well as generate further revenue from.

When Betfair made the move for Flutter, who were struggling financially despite many customers believing them to be the better of the two exchanges, it was touted as a merger.

In truth, they probably bought them to shut them down and sew up the market, because not long after the website was gone and for a time Betfair was the only real option for anyone wanting to experience exchange betting.

A few key members of Flutter’s leadership team moved across though and were still with the company when Paddy Power Betfair became Flutter Entertainment in 2019. So the name survived even if the company didn’t.

The £15 million Betfair paid for the horse racing publication bought them a slice of British horse racing heritage, and also enabled them to bolster their product and content offering.

Timeform’s business was all about providing analysis, form guides, and horse racing ratings, and with a large portion of Betfair’s trade coming from horse racing bettors it was a perfect partnership.

The content Timeform produced would now be seen and used by many more people and Betfair could develop new products using these new resources.

Although they already owned 51% of the company after a deal made in 2009, Paddy Power went all in a year later and bought up the rest of the business shelling out a further £86.2 million.

The business was doing very well and Paddy Power wanted to get in there early before the price went up.

They only paid €27.2 million for the first half of the business so it had already shot up, and they projected the deal would start making them money as early as 2011.

A new gambling giant was created when Paddy Power and Betfair confirmed their merger in September 2015, and completed it 5 months later in a deal worth £5 billion. Paddy Power investors would own 52% of the new business with Betfair investors taking the remaining 48%.

The two complimentary brands were a good fit as new online gambling taxes were introduced – online revenue accounted for about 80% of the business – and they could team up on developing new technology and marketing strategies.

It did result in some job losses though, as the two brands also sought to achieve £50 million annual savings by combining some areas of their operation.

The deal went through for an undisclosed fee, but PPB put up $158 million cash to pay off FanDuel’s $76 million worth of debts and to fund operations of the new venture.

This was the first deal of its kind after the US Supreme Court legalised sports gambling and handed over power on the decision to each state. The UK market became a prime target for existing betting companies wanting to expand and reach a massive potential customer base, and Paddy Power Betfair were quick off the mark.

This deal worth £3.6 billion made a great deal of sense for TSG, who were looking to diversify their revenue options and gain another customer acquisition channel.

It also broadened their geographic reach and enabled them to cross sell products to their customers across the different brands. Not to mention the benefits of combining both company’s technological abilities.

This deal actually resulted in the largest publicly traded online gaming company for a short time, but as we know, there was an even bigger deal to be made a few short years later.

One of the more surprising acquisitions on the list was PPB’s purchase of Georgian betting firm, Adjarabet, paying £88.3 million for a 51% stake in the company.

Adjarabet had a healthy 40% share of the market in Georgia as well as business coming from nearby Armenia, so it made a strong choice for Paddy Power Betfair’s first real move into the European market.

The deal came with an option to buy the rest of the company 3 years later for 7 times Adjarabet’s EBITDA in 2021.

This was the deal that created what is still the biggest sports betting and gaming company the world has ever known. Flutter Entertainment and The Stars Group became on company in a massive £8.5 billion deal.

Shareholders voted in favour of the deal almost unanimously, and the groups new combined annual revenue was around £3.8 billion.

The deal would see TSG operating as a vertical under the Flutter umbrella, so although the it was classed as a merger it looked a lot like an acquisition.

As a business, Flutter Entertainment is split into 5 divisions:

Each division has it’s own focus, and although there is some crossover with certain brands operating in a number of different markets, they are more or less all responsible for their own target area.

Paddy Power Betfair handle the retail side of the business with their betting shops all over the UK and Ireland, as well a huge online operation available in over 100 countries, including the exchange side of things. They also offer B2B services such as odds traders via Airton Risk Management, etc. Adjarabet is included in this division.

The Stars Group is carrying on much as it was before, with PokerStars leading the market as an international online poker brand as well as running real life events – although it does also offer gaming and sports betting services to its customers. The American arm of TSG runs under the US division.

Sky Betting and Gaming is a mobile focused division which also operates in the UK but has a different customer base to the Paddy Power and Betfair brands, aimed more at recreational gamblers. Although no longer a part of the Sky business, the Sky name is a huge asset to them when it comes to their target market.

The Australia division was originally comprised of Sportsbet and BetEasy, the latter of which has previously bought out William Hill Australia; but in 2020 the BetEasy was folded into Sportsbet, so it is now a single brand division. Sportsbet uses generous promotional offers to acquire and retain customers.

Comprising of FoxBet, Pokerstars, TVG, and FanDuel, the US division is tasked with expanding all over America, and it is helped by the inclusion of Betfair’s US business. The USA is still a very fertile market, and by offering a full range of products this division is well placed to sweep up market share. 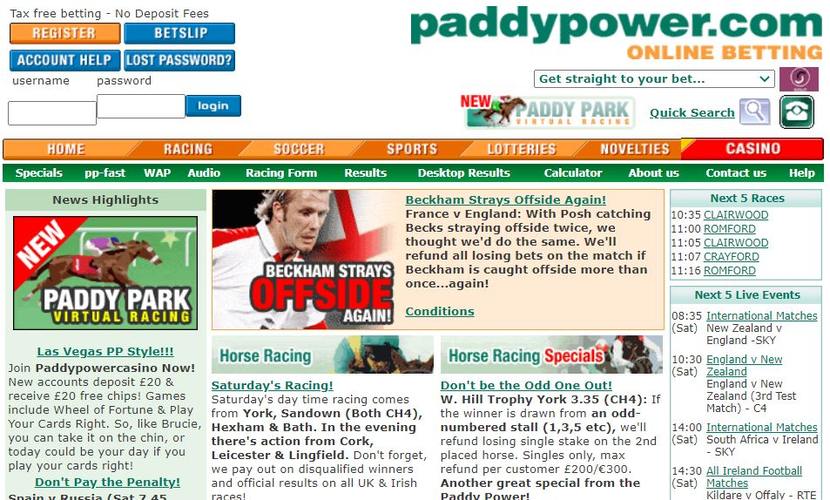 It’s hard to talk about Flutter’s history because they have only been around under that moniker since 2019. What’s more, they are made up of so many huge companies it would require an article all of its own to cover each one properly.

Paddy Power can be seen as the ‘head’ of the group since their HQ was chosen as Flutter’s HQ, and as many people know, that brand was created in the 80’s when three independent Irish bookies came together.

Together with Betfair, real disruptors of the industry when they entered it back in 1999 with their exchange and ‘Death to the Bookmaker’ campaign, Paddy Power Betfair was formed. Two years later and The Stars Group, world famous for their PokerStars brand, made a successful bid for Sky Betting and Gaming, another huge and recognisable brand.

It’s fair to say that it was these two mergers that paved the way for what Flutter would become, and although the amalgamation of the two groups might not have happened very long ago, it has already had a huge impact on the industry. 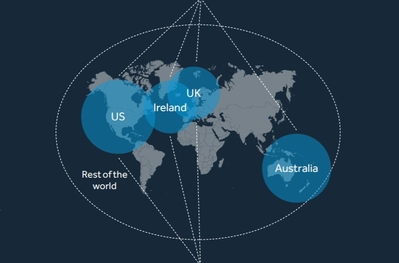 These four brands could now be seen as the four pillars that stabilise the Flutter group allowing it to grow at pace, and growth is certainly the focus of the group.

Over the next few years we can expect to see plenty of expansion into the US market and it wouldn’t be a surprise to see more European brands join their ranks either.

Flutter’s strategy is to maximise growth in core markets like the UK, Ireland and Australia, while at the same time advancing into new markets and quickly becoming market leaders. Given their size, this will almost certainly be done via acquisitions.

Across all brands and departments, Flutter Entertainment employs 9,153 people across 38 offices globally, and 650+ betting shops in the UK and Ireland.

A large proportion of those staff will be working in bookies in the UK where there are more than 350 Paddy Power retail outlets, so it can safely be assumed that Flutter are responsible for literally thousands of UK jobs, especially when thinking about those working behind the scenes as well.

Their annual tax bill is around the £523 million mark too, and again, a huge chunk of that will be going to the UK Government, not to mention all the money spent on rent, bills, and products to run all of their premises in this country.

Another way they contribute to the UK economy specifically is through sponsorship and advertising. Paddy Power and Betfair especially go heavy on their marketing, with Paddy Power famously un-sponsoring a number of football teams; ie, they paid for the sponsorship but didn’t have their logo on the football shirts.

Employees raised £255,000 in 2019 for mental health charities across the country too.