Family success stories don’t come much bigger than that of the Coates, the brother/sister/father trio who own and operate Bet365, the biggest privately owned gambling company in the world.

That kind of status comes with a lot of attention and their time in the spotlight has not been without controversy, but Bet365 have also done a lot that they should be applauded for.

Still run primarily from Stoke, the town the family are from, Bet365 offer their services in 17 different languages, 29 different currencies, and 47 countries.

They were one of the earliest companies to really embrace online betting, and in the same vein in play betting has been a huge contributor to their success. Innovation is at the heart of the business and they have never been afraid to be first through the door.

With Bet365 being a privately held company (not publicly traded on a stock exchange), their accounting details are not available for any old Tom, Dick or Harriet to peruse, and that means that less is known about their operations.

What we can see from the information above though, is that Bet365 have offices all over the world and that tells us a lot about their plans for forward growth. It’s also heartening to see them staying loyal to their home by keeping the business Northern based. More on that later.

Provincial Racing Sell All to Coral

Provincial Racing was the bookmaker owned by Peter Coates before Bet365 came into being. The money to start the now world famous Bet365 was actually raised by borrowing £15 million against the established betting chain.

Coral were happy to take the chain of Coates’ hands in 2005, stumping up £40 million for the chain and replacing them with its own betting shops. Bet365 used the money to pay off their £15 million loan.

Without this plan, Bet365 would never have existed.

Bowman’s Added to the Business

Bet365 haven’t really taken the route of acquiring in order to grow, but in 2006 they did purchase Bowmans, a Manchester based pool betting company focussing on American football.

The business was folded into Bet365 very shortly afterwards, gaining them both expertise in the American sports betting market (at a time when betting markets were nowhere near as diverse as they are now) as well as thousands of new customers.

Bet365 keeps its cards close to its chest as do those who own the business, rarely giving interviews or appearing at big events, so information on the company structure is limited to say the least.

However, one of the keys to Bet365’s early success was undoubtedly trust; their reputation for paying out quickly and treating customers fairly is well known.

In the early days of online gambling when regulation was paper thin many players and punters were taken for a ride by rogue businesses or companies based in other countries. Bet365 proudly displayed the fact that they were a British based company on their website for all to see, and backed up their claims of legitimacy by always playing by the rules. They became an online bookie that people could trust.

Another key to their success is innovation, both in terms of new tech and in terms of the way they think – they are often at the front of the queue when it comes to implementing new ideas.

Bet365 were the first to offer global markets and to venture into sports from other countries such as American football, for example. They were also the first to offer odds on games from the lower football leagues, giving their punters more choice than anywhere else.

One really smart move was the offer of a free bet to new customers back in 2001, before this sort of thing was common place. Bettors flocked to the site to take advantage of what was at the time a unique opportunity. 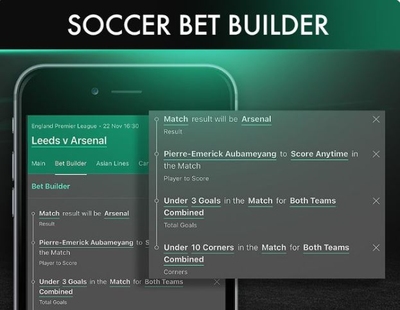 This sort of innovative thinking continues to this day, although now they have the resources to also create their own original slots and betting features, run their own poker network and bingo, and they were quick to launch a mobile app too while others dawdled.

The website they use and the platform it runs on is all home grown, so there is no money paid out to third parties in that regard and their site is unique because of it, and this has allowed them to develop their in-play area beyond compare in terms of markets offered.

Bet365 have essentially built themselves a business which is almost self-sustainable. Their model means they don’t rely too heavily on anyone else for any major part of their service, which cuts costs, speeds up development and growth, and gives them full autonomy as well as the potential to earn more.

Their strategy is to simply build a business that can do almost everything for itself, and then make that business available all over the world. Simple, effective, and hugely profitable.

We have already covered how the start up capital to finance the development and launch of Bet365 was raised – it helps to have a father with millions in the bank, eh Denise? – but there is a lot more to the Bet365 story than an act of benevolence.

In truth, we have been a little unfair to Denise Coates here. Yes, raising the capital wasn’t difficult, but the work she put in before starting the company as well as afterwards was quite something – and it all started in a portacabin office in a car park in Stoke.

She gained a degree in econometrics and also put in plenty of time working as a cashier in one of her father’s Provincial Racing betting shops, which, incidentally, he considered to be a side business to his main occupation running a catering company.

This allowed Denise (and her brother, John) to handle much of the running of Provincial Racing where Denise eventually became the operating manager and was responsible for their online development. The more she looked into the world of online betting the more convinced she became that it was the future.

She actually bought the domain name, Bet365.com from ebay of all places, costing £10,000 (this was just before the dot-com bubble burst), and the rest, as they say, is history.

As for the future, the company have invested in a purpose built office in Malta which hints that they plan to run a lot more of their operation from that location going forward, but it is unlikely that they will ever leave their beloved Stoke.

Peter Coates is the majority shareholder in the local football team, Stoke City, and the family have always been very loyal towards their home town and the locals who work for them, even guaranteeing their jobs/pay during the 2020 pandemic.

When you earn as much as Bet365 do your tax bill is substantial. The company paid over £181 million back in 2009, and Denise Coates herself was officially the UK’s biggest tax payer for the 3rd time running in 2021, with contributions of £481.7 million, £200 million more than the next highest tax payer.

It would be easy for the company to reduce this sort of expenditure by basing themselves off shore as almost all other big gambling companies do, but they seem keen to pay their fair share despite the damage to their wallets, even donating to the Labour party who are in favour of tax hikes on the rich.

The Coates’ loyalty to Stoke and the North in general has also meant that a lot of good quality jobs have been created in areas where they otherwise might not have been. In Stoke alone they employ around 1,500 people but their staff rota is 5,000 strong all in all, with many of those employees working in nearby Manchester.

Not forgetting all of the trade that these jobs bring to their localities, as well as money paid out for office space.

The family also run a charitable foundation giving out grants to university students for example, among many other things. In 2021 £6.26 million was given to good causes across the arts, education, health and wellbeing, community development and more.