Starting life as an online casino, 888 is now a fully diversified business that can provide its customers with online gambling products in every area; casino, live casino, poker, bingo, and sports. They also do some business to business (B2B) trade.

They have made a lot of smaller acquisitions over the years but it has always been very much a case of smaller companies being folded into 888 rather than a merger; they aren’t a company that wants to relinquish control in any way.

Operating in multiple countries around the world, they were hit hard by the USA online gambling ban in 2006, but have since recovered well and are now even in a position to claim a substantial stake in the newly reopened American market.

There are actually many more subsidiaries under the 888 umbrella, but most of them only exist to hold licenses in various different jurisdictions, while others are for marketing and advertising and some are non-descript.

Although the financials are smaller compared to some of the other big gambling companies, the share price has been going steadily up for years as the company has solidified its offering and brought more and more aspects of the business in house, so increased revenues are bound to follow.

Almost a decade after opening for business, 888 made their first ever acquisition in Globalcom Ltd, an online bingo business. This could be seen as the catalyst for how bingo heavy the business would later become.

The deal was struck for $43.4 million in cash, and included the 45 UK bingo sites operating under Globalcom at the time, so it was a big move for 888, and something of a game changer.

Online bingo was doing roaring trade in the UK at this time, and was also becoming a much bigger area of revenue for 888, so the purchase of popular site Wink Bingo to strengthen this position made a lot of sense.

£11 million was paid up front, with further payments due based on the performance of the site, capped at £60 million. This was also an attempt to dampen the blow to 888’s business after they lost almost half of their revenue thanks to the USA making online gambling illegal.

Having set it up in partnership with Avenue in 2013, 888 took full control of the All American Poker Network when they paid $28 million for the remaining 53% of shares they didn’t already own.

The purchase was a strategic move to manoeuvre 888 into a favourable position for long term growth in the USA which, given the law changes, all gambling companies were looking to capitalise on.

This would fill a gap in 888 Holding’s sportsbook offering and bring their capabilities in this vertical up to standard with the rest of the business.

The BetBright brand didn’t last long but the team was folded into 888 and continue to provide an essential sportsbook service from their Dublin office.

The brands included in this deal were Costa Bingo, City Bingo, and Sing Bingo, all of which already ran on the Dragonfish bingo network, so integration in this instance would be a breeze.

The £18 million paid worked out as £12 million up front and another £6 million later in the year, and the aim was to continue the company’s expansion across global regulated markets, as bingo was becoming increasingly competitive. 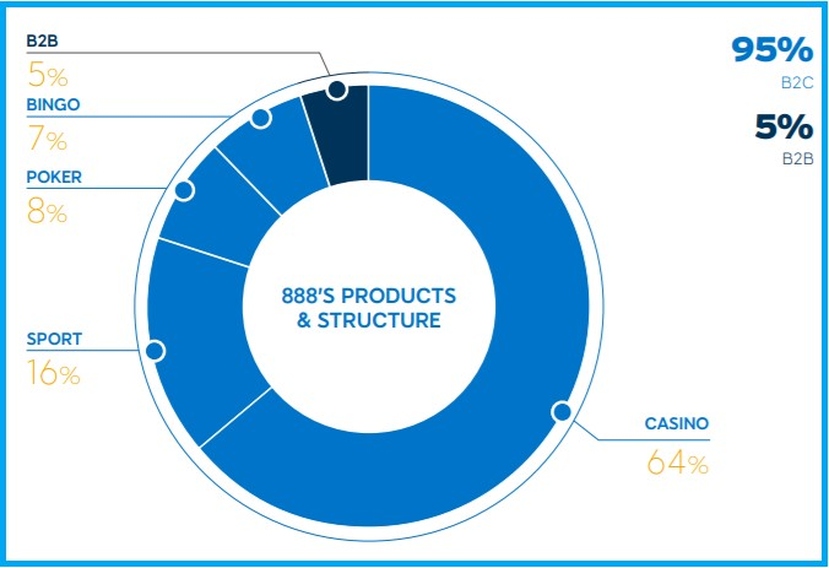 Many big businesses have a complicated and multi layered structure that can be extremely difficult to unpick, but 888 Holdings takes the biscuit.

On the face of it things are simple enough; they have a few big brands, a few smaller brands, and lots of subsidiaries that provide support and essentially run the group. However the number of brands and subsidiaries and the way in which they overlap is where things get tricky.

The group puts most focus on its’ main brands, those with 888 in the name, with smaller brands in support bolstering revenue. Behind the scenes, 888 Holdings uses a large number of subsidiaries to provide all of their logistical, tech, and financial needs. For instance Dixie Operations handle customer service, Sparkware Tech handle software, Gisland Ltd are involved with payment transmission – but all are owned by 888 Holdings.

In terms of product, the group are undoubtedly best known as an online casino and this is where they draw a huge percentage of their revenue, but they also run countless bingo sites and are a big name in the world of poker too.

Although listed on the London Stock Exchange, the UK only accounts for 36% of the group’s revenue, with the rest coming from other parts of Europe, the US, and non-regulated markets.

The company has four main customer facing verticals, being their casino, bingo, poker, and sports betting products. As well as this they have a large number of other brands operating under their license, most of which are bingo websites but there are also some casino sites.

To add a layer of confusion, there are also scores of other bingo and gaming brands out there operating as a white label of 888, thanks to 888’s B2B subsidiary Dragonfish.

Oh have we not mentioned Dragonfish?

This company is owned by 888 and exists to provide B2B services and solutions to other small brands and companies in the online betting industry. It also means that 888 is run on its own in house platform with direct access to the people that designed it, so the company has full autonomy over their product and changes/fixes can be made quickly.

This platform and all of its associated integration solutions is doubly effective as it saves 888 from having to outsource this service to an outside company, and is also a revenue generating product in its own right.

Another subsidiary, a game studio called Section8, develops new slots, jackpots, and scratchcards that players at 888 can use exclusively. These games are not available elsewhere which gives the company an edge. They are very popular too; in 2019 around 1.5 million players tried a Section8 game and of the company’s 20 top performing games 6 were from Section8.

Again, this is doubly advantageous because the company do not have to pay royalties on these games.

888 then are a gambling company that are all about keeping things in house, from their back end technology to the products that their customers can play.

The company was founded in the British Virgin Islands in 1997 as Virtual Holdings Ltd, and their first online casino was Casino-on-Net. Their research, marketing, and development subsidiary Random Logic was launched the year after in Tel Aviv and it continues to this day.

It wasn’t until 2002 that the 888 brand was first launched, and the next year the firm relocated to Gibraltar which remains the place the company calls home. During these early years a number of other brands were launched and subsidiaries established, and as the company grew this became more difficult to manage effectively with the setup as it was.

In 2005, 888 listed on the London Stock Exchange, and around the same time they decided to bring all brands and subsidiaries under the same 888 Holdings company. As the company was getting bigger, this was a good way to keep it under control.

It was a bitter sweet time for the company, because at the same time as they were expanding and even winning internationally recognised industry awards, the law changes in America snatched away a good chunk of their business overnight.

This setback came at the same time as talks with Ladbrokes concerning a possible merger fell apart, so the company went back to the drawing board and decided to double down on growth via acquisition, something they began to do in 2007 and which continues to be a key part of their strategy.

The business built back up through a series of further acquisitions and diversification to the point that it offered linked brands across all areas of the online gambling industry, and is now once again a front runner in the newly re-legalised American market.

A Tale of Four Brothers 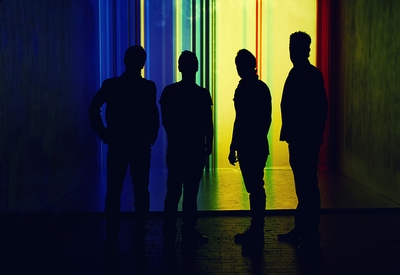 We have two sets of brothers to thank for 888; Avi Shaked, Aaron Shaked, Shay Ben-Yitzhak, and Ron Ben-Yitzhak.

Avi had the initial idea – remember this was during the mid 90s when internet gambling didn’t really exist – and took it to his brother Aaron and together they worked on it for a few years before realising they needed help.

This they got from Shay and Ron who were already friends of the Shakeds, and who also happened to have experience in gambling and software development. It was a perfect match.

The brothers all had different roles at the company and held a 25% stake each, but after the bad news from America in 2006 Aaron decided to retire and spend more time with family as well as doing a lot for charitable causes, and Avi wasn’t far behind him, although he went into politics and worked hard to try and establish peace between Palestine and Israel.

Ron also left around this time, choosing to stay out of the spotlight and retire to family life. The last to leave was Shay who departed in 2010, spending the years travelling and taking part in charity clean up programs.

Tragically, Shay was killed in a plane crash in 2020. He wasn’t the first of the four to pass away either; Aaaron Shaked passed away from what was thought to be a rare form of Lyme disease in 2010, although the doctors were never quite sure.

Although licensed to operate in the UK, 888 don’t do much physical business in this country as they are an online only company.

Nevertheless, thanks to the point of consumption tax they do have to pay duties on all money taken from UK punters, and considering the UK represents 36% of annual revenue that will be a fair chunk of change.

In total the group paid $95.5 million in gaming taxes in 2019, and the UK is one of the more expensive countries in which to trade, so it’s safe to assume that around a third of that will have gone to HMRC.

The London office is actually the home of Virtual Marketing Services, an 888 subsidiary, but it doesn’t employ a huge number of people. Nevertheless, it’s a small contributor to the UK economy.

Other than that there are marketing and sponsorship deals which will filter money back into the economy, and of course 888 is listed on the London Stock Exchange, although it wouldn’t be considered a British company.

This means money is traded based on the company’s performance, but much of this stays in the system until dividends are paid out.