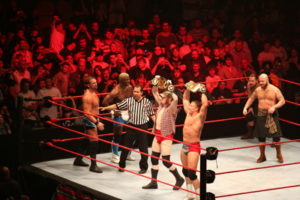 It might seem strange to read about wrestling on a sports page, especially when you need to consider that we’re talking about the sort of wrestling that you’ll see if you watch a WWE event rather than the wrestling you’d see at the Olympics. Yet anyone who knows much about the sport will know that it requires extreme physical ability from the people taking part and is essentially a form of athletics combined with a performance art. In fact, modern day professional wrestling takes as much from martial arts as it does from theatrical performances.

The most famous version of professional wrestling is unquestionably the WWE, which started life as the WWF before changing its name to World Wrestling Entertainment. It is the world’s largest wrestling promotion company, watched by nearly 40 million people around the world on a regular basis.

There are more than 500 WWE events held every year, being such big business that the WWE has recently begun to branch out into the likes of real estate and movies. Because of the WWE’s dominate of the sport, it is that side of the industry that we’ll concentrate on the most on this page.

Where To Bet On WWE & Wrestling 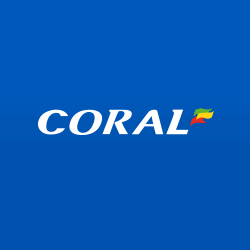 Coral have a long history of offering fight makets and have been closely involved with boxing and MMA sports for a over half a century.  They have been around since before the WWF was even formed and have been offering markets on wresting for decades.

Therefore there is no better bookie to recommend for Wrestling than Coral, with well priced outright markets on all events and a good line of in-play markets, plus general promotions that can be used on wrestling.

Another good option are their sister site Ladbrokes along with other bigger brands. 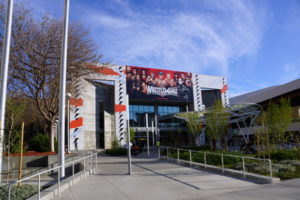 Unlike some of the other obscure sports listed on these pages, it’s generally quite easy to bet on WWE events. The sport’s popularity means that there are any number of different markets that you’ll almost certainly be able to bet on with most mainstream bookies.

One of the most obvious markets is the simple one on the winner of individual championship matches. Who will win the Royal Rumble, for example? Who will be the next Tag Team champions in Raw? They’re the sort of things that most bookies in the UK will give you a chance to bet on.

You can also find more interesting markets if you look around enough. Do you think you know which title will be the next to change hands? Will it be the United States Championship, the SmackDown Women’s Championship or the Intercontinental Championship? That’s the sort of thing you’ll be able to have a wager on if you shop around.

When it comes to placing your bets you have to remember our main maxim: do your research. Whilst there are never any guarantees of anything, remembering that wrestling is a scripted event and the outcome is predetermined before the matches get underway means that you can look for a bit of information from previous seasons.

Does there seem to be any rhyme or reason for why certain wrestlers have won the biggest tournaments in the past? What about how the writers seem to feel about wrestlers or tag teams? What would be the biggest shock and therefore offer the highest ratings? They’re the sort of questions that you’ll need to answer if you want to give yourself a chance of doing well with your bets on wrestlings contests.

The History Of Professional Wrestling

The WWE can trace its history back to 1952, but professional wrestling is older than that. As a form of entertainment, pro wrestling finds its origin in the world of strongmen and fixed wrestling bouts that used to take place in funfairs around the world during the 19th century.

That itself can thank the disciplines of wrestling that emerged from Greco-Roman and freestyle wrestling that came amount with the modern version of the Olympics, which first took place in 1896.

The Split With Competitive Sport Begins 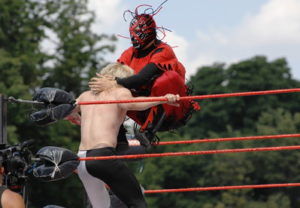 In the early days of wrestling there was only a sense of fakery in the versions of it that took place in circuses and fairs. Whilst there were some examples of combining showmanship with wrestling in France during the 1830s, it’s the ‘catch-as-catch can’ type of wrestling that was popularised in the United States of America and the United Kingdom that allowed grappling below the waist and became the main form of wrestling to spin off to have a more entertainment basis to its existence.

Even that started as a competitive sport, however, with the introduction of the ‘fixed’ nature of bouts not coming into effect until the start of the 20th century.

Perhaps the first major example of this new twist on wrestling came about with the introduction of Jack Carkeek, a Cornish-American wrestler who had previously worked as a miner and challenged members of the audience to last 10 minutes with him in the wrestling ring. It was the arrival of Greco-Roman grappling star Georg Hackenschmidt to the UK that saw the first real shift into the dominion of fixed results, however.

Hackenschmidt linked up with a promoter named Charles B. Cochran, who realised that Hackenschmidt’s dominance in the ring was putting off audiences and risking his £150 per match payout. He managed to persuade his client to think of matches more as entertainment than sport and soon audience attendances grew.

The Sport Declines & Regains Popularity In The US 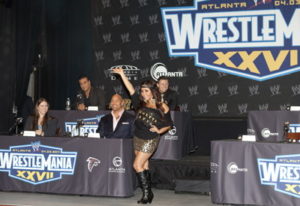 In the United States, meanwhile, pro wrestling’s popularity declined rather markedly in the build-up to the First World War. That was partly due to the fact that Frank Gotch, one of the sport’s biggest stars, retired in 1913 and failed to find anyone to take his place.

The result was that three wrestlers, Toots Mondt, Billy Sandow and Ed Lewis, formed their own promotion in the 1920s that offered an in-ring production that was popular with fans. This included the likes of tag-team wrestling bouts and time-limit matches, as well as signature manoeuvres; in other worlds, they were the front runners for what the WWE would later become.

These new tactics, which involved things such as distracting the referee, proved popular with audiences and wrestling’s decline was halted. These successful methods were introduced into the UK, but towards the end of the 1930s the London County Council banned professional wrestling and the sport went back to being in decline there at the same time that it was thriving in the United States.

There the ‘Gold Dust Trio’, as Mondt, Sandow and Lewis were known, dominated the sport to the extent that in 1948 a host of new companies, formed to rival them, clubbed together to become the National Wrestling Alliance. 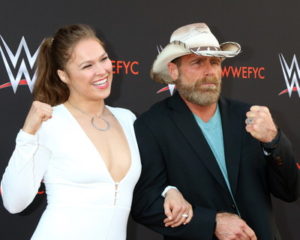 The NWA’s formation meant that wrestling began to be taken more seriously than ever before, but it was the advent of television that saw the sport’s popularity reach previously unthought of heights. Professional matches began to be televised, leading to a demand for growth from within the industry that led to it being known as the sport’s ‘Golden Age’.

The appeal of television also led to a shift in the characters that were part of the world of wrestling, with each of the three major networks in the States having wrestling programmes and needing characters to make theirs more appealing than their rivals.

Soon the wrestling bubble burst, with television producers believing that it was mainly thanks to the sport’s over-exposure. The industry itself felt that one of the biggest problems was in the NWA’s dominance and refusal to allow innovative changes that would have guaranteed the sport’s increased popularity.

Numerous promoters began to leave the organisation as a result, with the most successful of these during the 1960s being the American Wrestling Association. There was another one based out of New York called the Capitol Wrestling Corporation

The WWF Is Formed 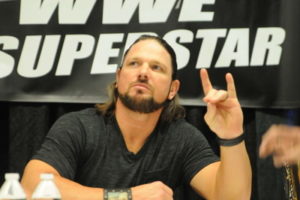 Capital Wrestling Corporation was the brainchild of Roderick James ‘Jess’ McMahon and one third of the Golden Trio, Toots Mondt. They joined the National Wrestling Alliance in 1953 but McMahon died the following year. He was replaced by his son, Vincent James McMahon and he proved to be successful, with the pair soon controlling around two thirds of the NWA’s bookings.

Vincent K. McMahon, who was Vincent J. McMahon’s son, formed a new company called Titan Sports Inc. with his wife in 1980. Two years later and he bought the WWF from his dad, seeking to make it the the biggest wrestling promotion company in the entire world. One of the first orders of business for McMahon junior was to withdraw from the NWA, which he did in 1983.

Immediately they began to sell WWF programming to syndicated television networks across the United States, angering other promoters. They also earned money from advertising, tape sales and television deals, giving them the ability to entice wrestlers from different promoters and to make the WWF the most important wrestling promoter around. 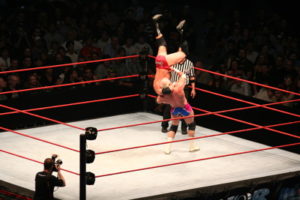 The most important to remember about wrestling is that it is scripted. Before anyone sets foot in the ring, the writers have already decided who will be winning and why. What comes next is all about the theatricality of the whole thing, playing it out in a manner that means that it’s excitement and entertaining for the audience.

Whilst there are certain rules that govern wrestling, generally anything can happen if the writer’s deem it to be appropriate. The following general things apply to wrestling matches:

Matches are usually given a time-limit of around 20 minutes, with winning requiring just a single pin. The rules can dictate that wrestlers need more falls than that, but it’s unusual.

In the modern era of wresting numerous different speciality matches have been created. These include things such as ladder matches, wherein the wrestlers must climb a latter in order to reach a prize of some sort in order to win.

Tag-team wrestling is another example of a form of the sport that has different rules, with only one member of each team usually allowed to be the ‘legal’ wrestler in a bout. Usually the wrestlers have to make hand to hand contact in order to transfer which one of them is the ‘active’ wrestler, which is often used to add to the drama of a bout. 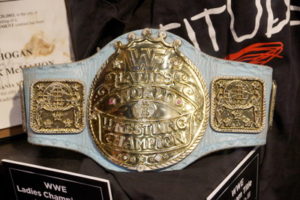 There is no specific equipment needed for wrestling, with the obvious exception being that the different characters will have their own costumes and so on. Often the likes of fire extinguishers, chairs and tables are used in matches, but they’re not official ‘equipment’ of the sport.

In that sense, the key piece of equipment that it’s worth drawing your attention to is the wrestling ring itself. There are major similarities between the wrestling ring and a ring used for boxing, with the equipment being composed of a stage made of wood sitting on top of an elevated steel beam.

The top of the wrestling ring is typically covered in canvas, whilst the corner posts have padding to allow the wrestlers to be ‘thrown’ into the corners. As you might expect, there is normally a bit more protection and shock-absorption in a wrestling ring than in a ring used for boxing.

The key part of the wrestling ring is arguably the ring ropes that run around the square. There are typically three of them and the WWE uses natural fibre ropes wrapped in tape. They often have flexibility to them, allowing the wrestlers to ‘bounce’ off them.

WWE rings have sides that measure 20 foot by 20 foot.

As you might well have gathered, there are other pro wrestling companies in addition to the WWE but it’s beyond doubt that the WWE is the biggest of the lot of them. In fact, it’s so big that it has its own different brands that play out independently from each other.