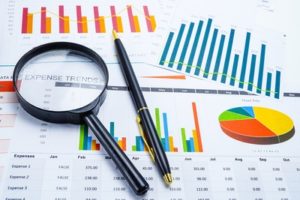 Ever since betting shops were legalised in 1960 there have been big betting companies that have dominated the market.  Even those who do not bet could tell you who William Hill, Betfred, Coral, Ladbrokes and Paddy Power are given they have a shop on pretty much every major high street.

These companies monopolised the betting industry for a long time but the invention of the internet and online gambling changed everything.  In the space of just two decades a new breed of mega gambling company has emerged that now dwarf the old high street companies.

In the early days of betting online companies were mainly independent and the market was still mostly cornered by the old high street names that retained their position at the top.  New online-only companies emerged, such as bet365, who over the space of ten years became big enough to compete with the old names.  Most of these companies heralded from the UK, which helped make Britain’s gambling companies the biggest in the world.

From the 2010’s onwards many of the old high street giants and the early online-only betting companies that had grown big, such as Betfair, began to merge to create new colossal companies.  Coral (including Gala) and Ladbrokes merged in 2016, for example, to create Britain’s biggest gambling company but this lasted just two years before the Ladbrokes Coral Group were bought by Entain Plc (formerly GVC, who own brands such as PartyPoker and Bwin) to create an even bigger company with annual revenues of over £3 billion.

It is a trend that is growing too, Betfair and Paddy Power merged in 2015 and in 2020 that company (renamed Flutter Entertainment) merged with The Stars Group (owner of brands such as PokerStars) to create an even bigger company than Entain.  As with most new markets given enough time there eventually becomes less independents and more monopolies.  These new gambling giants are akin to the likes of Amazon and Google in that regard.

On this page we look in depth at the biggest gambling companies and groups in the world in terms of turnover, revenue, brands, customers and more.  We look back at the biggest mergers, buyouts and major developments.

Note we are still building the stats for this page, please check back soon.