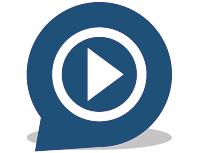 The betting industry has changed a lot over the past few decades and being able to watch sports events as they happen has played a big part in that.

Many years ago you would have to show up at a bookmakers shop to watch live sport, and you may be lucky to see some live action on a little telly in the corner showing action from the BBC, ITV, or Channel 4. For the rest of the racing we had to put up with an often crackly commentary over the tannoy.

Years later, and many leading bookmakers show far more sports such as tennis, football, US sports, darts, snooker, etc, and the best bit is you don’t even need to visit a bookies shop to see it, you can watch streamed sport wherever you are.

Being able to watch the event that you have a bet on live makes that bet so much more exciting; sitting there watching your selection try to get the winning goal in the dying minutes, or your tennis player break serve on their way to victory. Watching it all live increases your investment and gets your heart beating that little bit faster.

Which Sports Can You Stream Live? 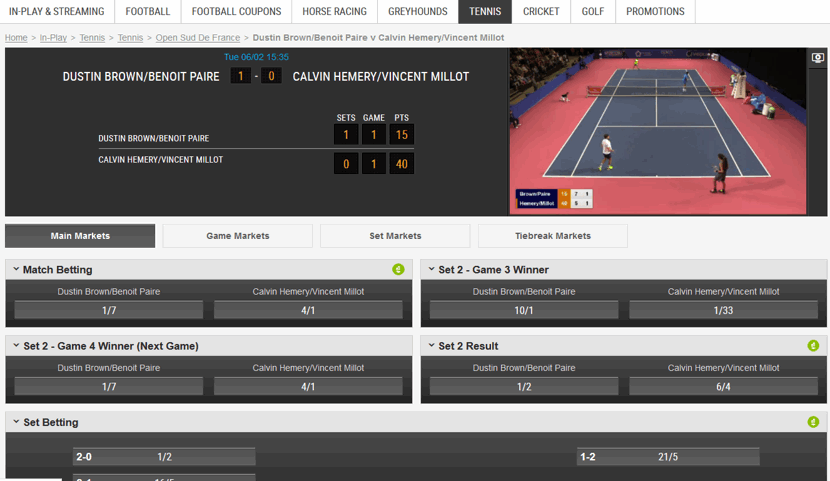 There are a wide selection of sports that you can watch live on the internet through your online bookmaker. This can be from the comfort of your own home on your PC or laptop, but then again it could also be while you’re out shopping on your mobile (although be careful of data costs).

Football is a common feature on most sites. It won’t be the latest English Premier League games but there is still lots of action to be seen from all over the world. You can watch the action from top leagues around Europe as well as South America and the USA.  You can sometimes watch lower league football, FA Cup and the likes too.

If you love tennis then there’s always plenty to be seen. Not just the top WTA and ATP tournaments but the Challenger circuit too. You’ll be able to see games from all over the globe so settle down and hope your selection is in top form.  Tennis is probably the most streamed sport in betting.

Other sports you can watch live include Ice Hockey, Basketball, Handball, Volleyball, Table Tennis, Snooker, Darts, Rugby, Boxing, and of course Horse and Greyhound racing.  You’re never going to be short of something to watch and bet on and if you have multiple betting accounts you can choose the one with streaming available on an event by event basis.

There are some restrictions though, mainly due to licensing. Sometimes you are unable to watch a live event that is being shown in your own country. Your IP address will determine what you can and cannot watch live, so if you go abroad then you may find that certain events you could watch while in England might not be available to stream due to the licensing restrictions that apply to the country you are in. 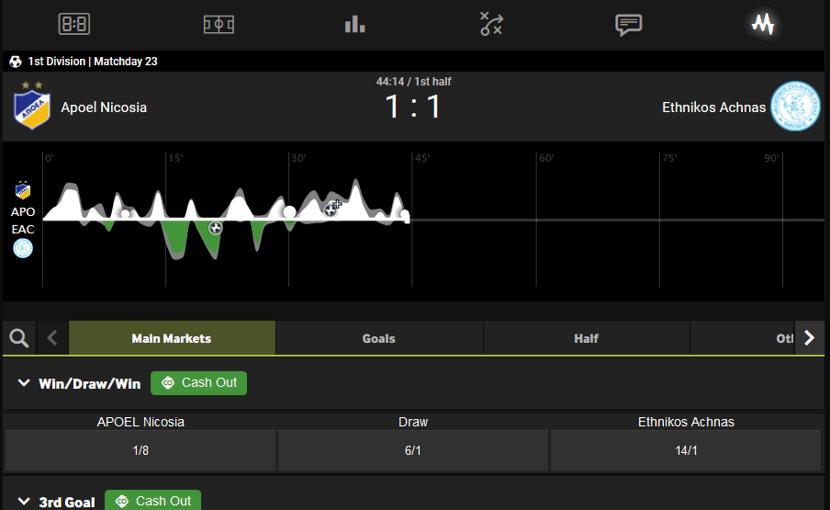 If the game can’t be shown via live stream, there’s a grid that keeps you up to date with what’s happening. For example, if it’s a football game you’ll see a grid that shows you who has possession and what they’re doing with it. On some sites it’s almost as good as the real thing.

Your heart will be pumping as your team is shown to be on a dangerous attack, and if they get a penalty then cross your fingers and hope for the best. It’s a great way of following the action live, maybe not quite as good as seeing the actual game, but exciting nonetheless.

Some sites also have live radio coverage so there’s still the chance to listen even if you can’t watch.  Most commonly commentary is just for horse and greyhound racing, but you can also get live audio on a huge range of other events, including things like golf and cricket (if you’ve got the patience).

Audio features that give you the latest news and discussions about sport, digests, form, etc. are also available.

Streaming betting sites will show most of their live action free but there are a few conditions that you may have to fulfill. For example, with many you will need to:

This is another great reason to open several online betting accounts, so you can take advantage of the ones with the most favourable streams and terms.

This is a little sneaky but you don’t need to bet with the bookie you stream with! You could stream for from one site and bet with another if, for example, the other site has no streaming but better odds on the market you are backing. 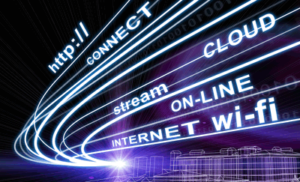 Most streaming on desktop is still flash based so you will need to have a broadband connection of at least 512kbp/s for decent quality, and the latest version of Adobe Flash installed.  Fortunately, as flash is being phased out soon, many are moving to HTML5 based systems which are far less prone to crashing.  If you watch streaming through a mobile website this tends to be the method they use.

Of course, to get the most out of streaming on mobile you are better off downloading the mobile app.  Every streaming site I use lets you stream everything through mobile that you can stream through desktop (if you are in the country).

It is worth being aware however that streaming can take up a fair chunk of mobile data, especially if watching a whole football match for example.  Something to note if you are on a mobile network and pay for your data or have a low cap.

Some streaming services have a toggle that lets you control the data rate, but of course, the lower you go the worse the quality.  If you stream in a pop-out window you are generally going to need the higher quality, but if you stream in the embedded window you can get away with a lower rate.

Coral show up to 2,000 live events a week so it’s no surprise that it’s near the top of our recommended list of bookmakers in general. They have a special section on their site for live streaming with all the FAQs if you have any problems and a schedule of live games.

They show top football action from Spain, France, Italy, and the Netherlands. If it’s tennis you love they show action from all the Grand Slam tournaments and on top of that, there’s plenty of snooker, darts and rugby plus tons of Stateside sports action and horse racing (with multi-angle views) from around the world.

There are plenty of reasons to visit the Ladbrokes website when it comes to streaming. They feature football action from Belgium, La Liga and South America.

Ladbrokes really specialize in tennis action with games being shown from tournaments all over the world every day of the week.

Also recommended are William Hill. Visit their site and you will be able to see plenty of basketball, tennis, rugby and football action (including games in South America and Australia).

There’s William Hill Radio to listen too as well.