The man behind the brand, Mr William Hill himself, started taking bets as early as 1929, but it was in 1966 that he opened his first licensed betting shop.

This led to the exponential growth of the famous high street bookie that we see on the streets of the UK today, as through various buyouts of smaller bookmakers Hill’s retail portfolio grew to giant proportions.

These days the company is multi-national, and relies as heavily on online business as it does on the traditional retail side of things, with ambitions to take this much further in the future.

The purchase of Mr Green online casino is a case in point. Having previously adopted a growth strategy of acquiring physical businesses they could rebrand as William Hill, Mr Green represents the first acquisition made based on the strength of the brand itself.

They also have a strong foothold in America which is a fast growing market, and their recent acquisition by Caesar’s entertainment (a US hotel and casino operator) will place them at the head of the table as the situation in the USA develops.

The company is at a turning point in its’ history, a new chapter is about to begin.

You can appreciate the global scale of the company when looking at the office locations in the table above, not to mention the rapid expansion in the US and how they are achieving that.

Their aim is to become more profitable through the online side of the business as this is understandably much easier to set up once a state allows sports betting. However, the buy out by Caesars also allows Hills to operate sports betting services in all casinos located in states where sports betting is not prohibited, giving them a double advantage.

On a local level, the number of high street stores shows how important retail is to the company, and in fact some 45% of the group’s overall turnover is generated on the UK high street.

This doesn’t reveal the extent of William Hill’s acquisitions over the years though, which have mainly been take overs of smaller bookmakers who were then folded into the brand’s portfolio. Most of these were not big news, but cumulatively they allowed William Hill to grow into the giant that it is today.

With global expansion the focus of the company, Hill’s shelled out £459.4 million for Sportingbet’s Australian division, with a call option over their Spanish business included.

This would give them a heavy footprint in the Australian market, one of the biggest regulated markets in the world, as Sportingbet were one of the best known sports betting brands in the country.

Then in August, TomWaterhouse.com was purchased for a more modest A$34 million upfront in cash, further strengthening the group’s Australian position.

Both were brought under the William Hill brand.

William Hill’s 5 year dalliance with Australia came to an unsuccessful end when CrownBet, part of the Stars Group (TSG), took it off their hands for A$314 million.

Their attempts at conquering the lucrative Australian market pushed Hill’s to their first pre-tax loss in three years the year previous, and their focus had now switched firmly to the US.

What’s more, Australia was going through a period of regulation tightening at the time, which would further hinder the group’s profitability there.

Costing them a smooth £245 million, the online casino Mr Green was purchased with a view to expanding Hill’s online interests in Europe.

The brand was strong and already well known in many countries, so the purchase price seemed like a bargain given that it was expected to be covered in the first year of ownership, not to mention the synergy benefits.

Interestingly, this is the only acquisition that William Hill has made where the brand was left alone – Mr Green still operates as such.

This was at a time when the global gambling industry was scrambling to get as much of a footprint as possible in the US after the laws on sports betting were changed, opening a huge new potential market.

The financial details were not made public.

Although the deal was agreed in September, it wasn’t until November that the official shareholder vote confirmed that Caesars Entertainment would be acquiring William Hill and all of its associated business interests.

However, the deal would also see the business split up, with further buyers being sought for the UK side eventually.

Hill’s and Caesar’s were already doing business together, but this deal would allow them to bring all of their different income streams under one umbrella, which in turn would make it easier to roll out across the US as and when new states open up for online sports betting. 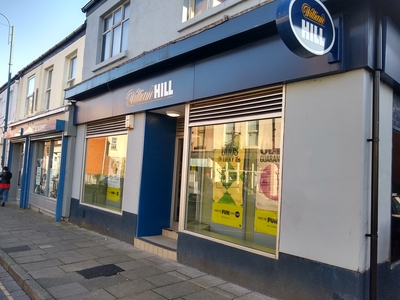 Far from taking the multi brand approach employed by the likes of Entain and the Kindred Group, William Hill has historically always acquired businesses that could be swallowed up by the existing brand.

This meant amassing physical betting shops in the beginning, and for a while they had upwards of 2,000 bookies in the UK, but as the digital age dawned they could also acquire tech companies and bring them in house too.

This single brand approach has made the name William Hill famous throughout the world, but the business itself operates as three distinct divisions albeit under the same umbrella.

In terms of income though, their revenue comes majoritively from the UK, although this will no doubt change with their rapid expansion across America.

As of 2019, 76% of their net revenue game from the UK, with just 8% from the US and the remaining 16% drip feeding in from other international territories.

When you consider that they are licensed in 12 countries and operate across 100+ markets this explains why they are keen to diversify and not rely so heavily on the UK going forward. 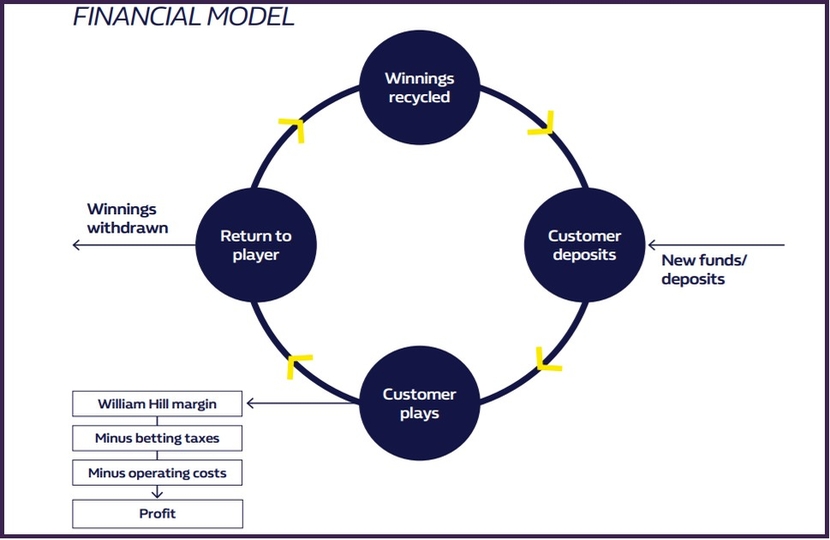 Their history as a brick and mortar bookie is still an important part of their strategy too, with 45% of their revenue coming from retail and 47% from online. Bearing in mind that the majority of their retail outfit is UK based betting shops while their online operations are global, this is a large figure, and it doesn’t account for US earnings either which make up the remaining 8%.

The company also enjoy a fairly even split between their sports betting and online gaming products, taking 56% revenue from sports betting vs 44% gaming in their retail division, and 58% gaming vs 42% sports betting online.

Going forward, the company aim to become a digitally led and internationally diverse business, with their recently remodelled retail division maintaining its popularity in the regions where it operates. 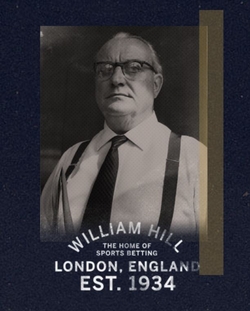 William Hill was born in Birmingham in 1903, and began collecting illegal bets from an early age on his motorcycle. Then at 16 he joined the Royal Irish Constabulary which took him across to the Emerald Isle until 1929 when he moved to London.

This was where the business really started, although initially it was an illicit gambling den opened in 1934 that took advantage of a loophole in the law allowing credit and postal betting but not cash. Off course gambling in the sense that we know it now was still illegal at this point.

The law changed in 1960, but the first William Hill betting shop didn’t open until 6 years later, with Hill being dead against them to begin with.

Acquisitions started almost immediately, and have continued to be a major growth driver for the company until this day, and so the company’s portfolio of shops began to accumulate.

William Hill himself died in 1971, just a year after retiring, and the company was now owned by Sears Holdings Group, but a series of acquisitions was to follow with the Hill’s business being sold on several times:

The company actually launched on the London Stock Exchange in 2002 but Cinven didn’t sell their final shares until a year later.

William Hill was already online by this point having launched a sports betting website in 1998 with a casino following in 2000, so they were ready for the online boom which would follow.

Their success in the online space over the next two decades and their ambition to expand globally led them to dealings with Caesars Entertainment who, in 2020, became the latest company to buy William Hill. 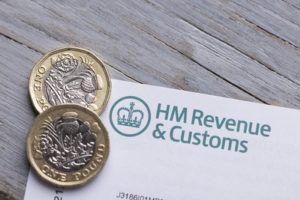 Since William Hill are so prevalent in the UK space, they contribute heavily to the country and in a number of ways too.

Tax and gambling duties are the most obvious, with £313 million going into the pockets of HMRC in 2019, but accounting for only 33% of Hill’s expenditure that only tells a small part of the story.

William Hill employ around 12,000 people in the UK, whether they be office staff or retail workers, and this workforce represents their biggest expense at £420 million – 40% of their overall annual costs. This is all money that those workers will then go on to spend in the economy.

A further £19 million can be attributed to property payments, so shop and office rent, not forgetting the huge amount of sponsorship that William Hill take part in which pumped another £137 million into the economy through football clubs, horse racing tracks, and more.

Then there are the dividend payments of £91 million that went out to shareholders in 2019, again, money that can be spent by those shareholders in the UK economy, plus around £39 million in interest paid to UK banks.

Lastly, the William Hill Foundation is a charity set up by the company which helps employees with their mental health and any hardship issues, as well as giving financial aid to various other charities such as Alzheimer’s UK.