BetVictor has had quite a journey since 1931, the year it was formed by the owner of Walthamstow Greyhound stadium, William Chandler. It has since passed down to his son and then his grandson, going from being an on course business to a high street business and then an internet only business.

The company has always presented itself as a sophisticated brand built for real bettors and sports fans, and after a few identity changes along the way the BetVictor name is now synonymous with great odds and fantastic customer service.

Marketing is a real strength and their celebrity fronted advertising campaigns have done a lot for their image as well as their balance sheet, even starring Mr. Chandler himself, although he has now stepped away from the business.

They have historically been very quick to adapt and adopt new tech and ideas, and this approach has also served them very well. Whereas other bookies’ staff rotas might be heavily made up of in shop customer service workers, BetVictor’s 500+ employees are more likely to be tech graduates, web developers, and maths experts.

Parimatch
Operated online in the UK under BetVictor's license
-

You may be able to guess from the incomplete table above that concrete info on BetVictor as a business isn’t easy to come by.

Although the previous owner, Victor Chandler, was happy to be the face of the company, when it comes to the numbers and the finer details BetVictor have always been quite secretive, and as a privately held company this is perfectly normal.

Even the £1 billion turnover is nothing more than a vague claim the company once made – who knows what the real and most recent figure is.

Their official HQ is interesting as BetVictor was one of the first UK companies to relocate offshore to take advantage of tax breaks, some say they even emboldened the rest of the industry to follow suit; they also closed their high street fleet of betting shops to focus on online betting very early on which is why they have a zero premises count. 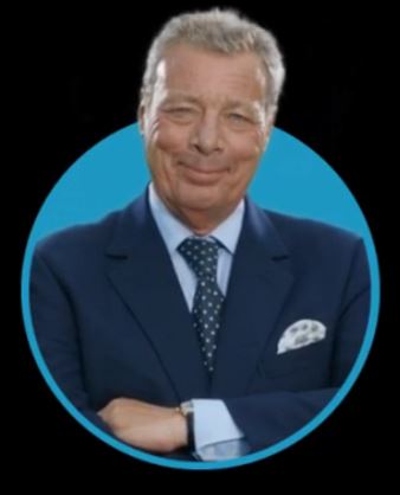 As far as internal structure goes, info on the way BetVictor run their business isn’t made widely available, but they are certainly and independently minded firm.

Not only have they built and maintained their own website and betting platform, but they have their own odds traders too – both of which most other bookies outsource to platform and solutions providers.

In recent times they have even become a white label provider themselves, albeit only for a few brands, so it remains to be seen whether this is a one off deal or a new source of revenue for the company over the long term.

Innovation is a key word when talking about BetVictor, and they never do anything by halves. Their mobile app is a good example of this as they were not only one of the first to produce one, but it remains one of the best on the market.

The company has always tried to keep the essence of a local bookie, harking back to their roots at the trackside betting pitches – this is one of the reasons Victor was happy to be the face of the company. He wanted his customers to feel like they knew who they were betting against, like people would do in the old days, he would even help out on the phones in the office before he left the company.

This has led to BetVictor attract high profile clients who want to bet large amounts privately, becoming a go to bookie for these sorts of wealthy customers. This makes retaining high stakes customers a big part of the company’s plan.

The company can be traced back to the Walthamstow Dog Stadium, which was owned by Victor Chandler’s grandfather, William Chandler. He began work on the construction in 1931 and by the time he died in 1946 had a booming business.

The business passed onto his sons who each owned an equal share, and of these, one Victor Chandler took responsibility for the bookmaking side of things.

This developed into a high street bookmaker in its own right once the 1961 Gambling Act was passed, and in 1963 the first Victor Chandler betting shop opened.

Many more followed until one sad day in 1974 when Victor Chandler passed away from cancer aged just 50, leaving his struggling bookmaking business to his son, Victor Chandler Jnr. Chandler Jnr was only in his 20s at the time he inherited the business which he was told was insolvent, yet he would go on to make it the brand it is today.

The business corrected and ran steadily for decades until Chandler made the decision in 1998 to re-locate offshore for tax purposes. This was a bold move at the time and others began to follow. Legend has it that this exodus was what prompted Gordon Brown to abolish the gambling tax in his 2001 budget.

BetVictor remains in Gibraltar although tax laws have since changed several times, almost as often as the company has changed its name. In 2004 they tried some new branding, opting for VC Bet, but this didn’t last long and was changed back to Victor Chandler by 2008.

The BetVictor name proved much more popular when it was introduced in 2012, but just two years later the company’s namesake would step away from the business, selling his stake on to part owner Michael Tabor, a businessman, racing horse owner, and friend.

With so little financial information available on the company it’s very hard to estimate their tax contributions. However, other big betting brands with turnovers of over £1 billion are paying hundreds of millions in tax.

BetVictor have not been shy, historically at least, in doing all they can to avoid excess tax, so they will almost certainly have positioned themselves in order to pay as little tax in the UK as possible.

That said, they will still have to comply with the point of consumption tax law so whatever their annual tax bill is, it will be in the high tens of millions by our estimates.

In terms of other economic contributions to the UK, well, being based mainly offshore means that they don’t even bring many jobs to our shores despite originally being a UK company. They certainly used to but these days the workforce are more likely to be based in Gibraltar – in fact they are one of the biggest employers on ‘the rock’.

They have been known to help out charities though, especially those connected to racing or other sports, and any sponsorship or marketing spends for UK customers will be going to businesses in this country.