Betfred is a real working man’s bookmaker, managing to stay true to its roots even though they have grown to become one of the biggest independent bookmakers in the UK, certainly the biggest on the high street.

Its’ focus is the UK high street, although the last decade has seen extensive work to their online operation which has benefited from investment and grown significantly.

A family operation, Betfred is run by Fred Done with the help of his brother Peter, who founded the business back in 1967. It has changed beyond recognition since the early days, and now operates several businesses that have nothing to do with bookmaking but are equally as successful as Betfred.

Their approach has been to grow organically, conquering the North West before migrating down South and making the most of opportunistic acquisitions to quickly expand their reach.

At the same time though, Betfred have ensured to make each individual shop a place where the punter is treated with respect and showered with offers. This allows them to operate on a huge scale while still keeping that local feel which punters love.

What you don’t see from the latest company results, is that Betfred made a loss two years in a row from 2018. However, there must have been some clever accounting going on because the Dones were still able to pay themselves a multi million pound dividend and report growing revenues.

The brother’s loyalty to their home patch and to the North in general is also clear, with their offices being mainly located in and around Manchester.

Their shop portfolio is so large thanks to their habit of sweeping up unwanted premises from other bookies who are scaling down, and knowing a good plot from a bad one has been key to the success of the business. No one knows where to place a bookmaker better than Fred Done.

Lastly, there is a hint here of the fact that the Done brothers like to diversify their business interests here. Where other business groups collect multiple gambling brands with different strengths in different territories, Betfred focus on a single brand and mainly in the UK, while also running other non-related businesses within the same group.

This was the first of Betfred’s big acquisitions and it was significant because it took their total number of shops past the 100 mark for the first time.

Robert Walker was another independent bookmaking firm and by purchasing the business Betfred not only took out a rival, but took all of their business too, increasing its own revenue substantially.

It also gave the company a taste for expansion, because only two years later their retail portfolio had doubled again.

When Ladbrokes and Coral decided they were going to merge, there were a few hurdles to get over before the competitions and markets authority would allow the deal.

One of these was to offload a certain number of retail outlets to ensure that a single company did not dominate the high street and put everyone else out of business.

Betfred jumped at the chance and were quick to add these stores to their existing portfolio, taking it to almost 1,700 at the time, costing them £55 million.

When online bookie MoPlay suddenly shut down in 2018, Betfred swooped in and bought their customer database off them, porting all of their customers over to Betfred.

They weren’t interested in the brand itself, which closed down, but the deal was positive all round.

First and foremost it bolstered Betfred’s online customer base by 180,000, and because they also promised to honour all customer deposits and winning bets – money which would have been lost to insolvency had Betfred not stepped in – no MoPlay customers were out of pocket. 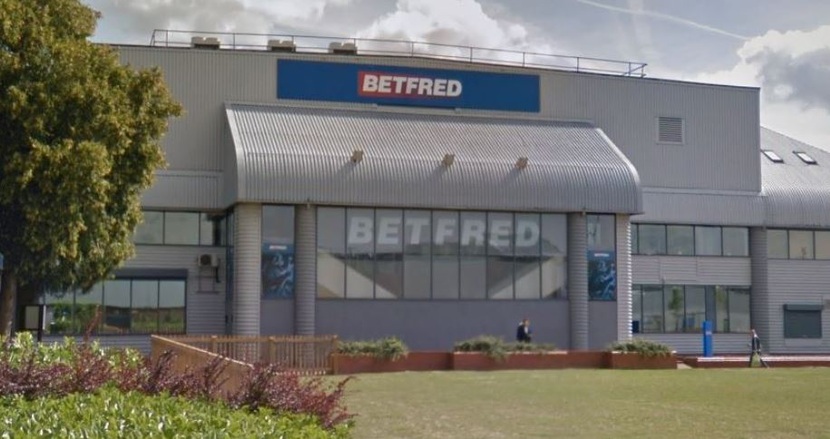 Betfred are arguably as close to a traditional bookie as you can still get in these days of tech and progress.

They do of course have a huge online operation, but their main focus has always been retail.

By opening betting shops in well thought out locations, offering the best deals on the high street (Betfred are the Bonus King after all) and then doubling down with excellent customer service, Betfred not only know how to attract customers but how to keep them too.

As a strategy this has served them very well indeed, but any good company also needs to expand, and Betfred have done this through a mixture of organic and acquisitional growth.

Fred Done certainly knows how to spot a bargain and is quick to move when an acquisition opportunity presents itself, but the company have also steadily opened new shops off their own back, with a dedicated team tasked with searching out ideal locations.

Their retail empire has a firm focus on the UK, but their online operations are a little more far reaching, being available in several other countries around the world. That said, they are not in the same boat as the likes of Entain and Flutter who are racing for America.

Betfred have not even entered that particular race, it isn’t their style. This is an independent company that moves at its own pace, and only enters battles it knows it can win. 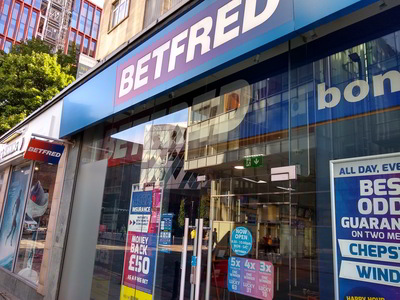 The Done brothers have always had an eye for a good location, this goes way back to when they used to open bookies close to local pubs knowing that punters would never be far away.

These days their approach is a little more sophisticated, but nevertheless, property is an area the company understands and makes the most of.

They are always on the look out for plots that fit the company’s profile and actively seek out locations that could be profitable, but they are equally quick to offload stores that no longer fit the bill.

Mainly the company rents out retail outlets and office spaces that aren’t being used by Betfred themselves, but they do occasionally sell off property too.

This means they have alternative income streams as well as the ability to turn a quick profit if they move in the right direction as the property market shifts. It also gives them a lot of flexibility when it comes to opening and closing betting shops as areas of the country develop. 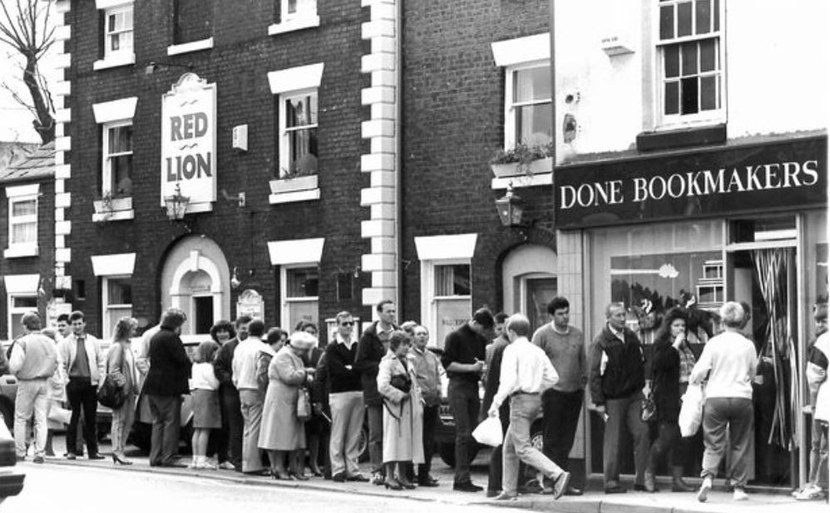 When Geoff Hurst, the Charlton brothers, Bobby Moore and the rest won the World Cup in 1966, they also unwittingly created Betfred. This is because the Done brothers won a tidy sum by betting on their country to take the trophy, and they invested their winnings in their first ever betting shop.

The first bookie wasn’t called Betfred, that name came later; back then the little shop in Ordsall, Salford opened as Done Bookmakers.

Fred and Pete both used to work in their shops, as did their respective other halves, so they have certainly been at the coal face of their operation. Fred was even on the receiving end of a knife attack from one angry punter, enraged at having lost his bet.

Fred was stabbed 5 times, needing 32 stitches, and all while his pregnant wife looked on. Safe to say he understands his business from the ground up, and this is not a level of experience that many other CEO’s of multi billion pound companies can say.

Pete is less involved with the Betfred side of the business these days, having moved on in 1983, but he still runs the overall business group with his brother. He mainly handles Peninsula Business Services, which is still part of the Betfred Group but is a different company altogether, dealing with HR, employment law, and health and safety services amongst other things.

Interestingly, the company was set up after the Done brothers were badly advised in a tribunal and then over charged for the bad service. So they set up their own advisory company and flipped a coin to decide who would run it and who would stay with Betfred.

2004 was a big year for the company, as they not only launched their first ever website, but they rebranded to Betfred. They also created the first ever betting shop millionaire when a customer won the totescoop6 – and it all happened in a shop in Salford. Pure poetry.

Being a privately owned company Betfred do not have to publicly declare their financial situation, but nevertheless, the information that is available tells us that the company contribute an awful lot to the UK economy.

Like any UK licensed bookmaker they will have to pay tax and gambling duties, and with revenues of almost £525 million in 2020, that will be no small bill.

Having such a large retail portfolio also means an awful lot of employees are needed to run each shop, and others to work in the various offices, not to mention those who work on the website and behind the scenes. More than 10,000 people work for Betfred in the UK, all collecting a wage and paying tax.

Betfred also happen to be one of the biggest sport sponsors in the industry, plastering their name over billboards at snooker, rugby, football, horse racing, darts and golf competitions each year. This is all money that goes back into our economy.

When it comes to the other businesses in the Betfred group these statistics will get even higher, and given that the company base their operations in the North West they make a ginormous regional contribution.