Imagine a cross between association football, field hockey and ice hockey and you’ll be somewhere in the realms of what bandy is as a sport. The majority of sports fans would almost certainly be lying if they said they knew all that much about bandy, yet when it comes to the sheer number of people that participate in it every year then it is second only to ice hockey in terms of winter sports.

Remarkably, the International Olympic Committee believes that there is a disconnect between the number of people that play it and the number that would like to watch others playing it, ruling it out of being an Olympic sport any time soon.

That doesn’t mean that it’s not worth learning about, of course. It is known by some as Russian hockey, which betrays the origins of the sport as far as those in the former communist state are concerned. The sport’s actual origins are a little more murky than that, with both Holland and England boasting sports that it could have developed out of.

What we do know is that two teams of 11 players apiece go up against each other for 2 halves of 45 minutes each, just like football, using sticks to try to get a ball into the opposition’s goal, just like hockey. The fact that it is played on ice and the players are on skates tells you where the ice hockey part of things comes into effect. 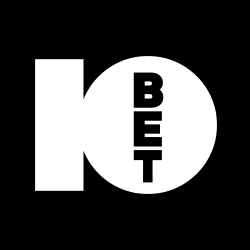 Despite many of the sports origins coming from Britain it is actually on the continent where most interest in Bandy is seen.  Therefore to bet on the sport you are generally best to go with a European betting site, such as 10Bet.

It is therefore the site to go to if you want to bet on Bandy, especially if you are looking for a choice of markets and ante-post options.

How To Bet On Bandy

The History Of Bandy

While the Scottish were busy developing a sport that would go on to become curling and those in northern England were creating association football, those in the Fenlands of East Anglia were developing a winter game that was played on the ice that formed when the flooded meadows had frozen over.

Skating had been a tradition in the area on the frozen water known as Fen Skating, so it was natural that an attempt to develop a competitive sport based around the same idea would follow.

1891 was also significant as it was the year that the English National Bandy Association was formed. There had been a match in 1875 at London’s Crystal Palace, but it was only considered to be a bandy match in retrospect as at the time it was called ‘hockey on ice’.

The Game Develops Into Bandy 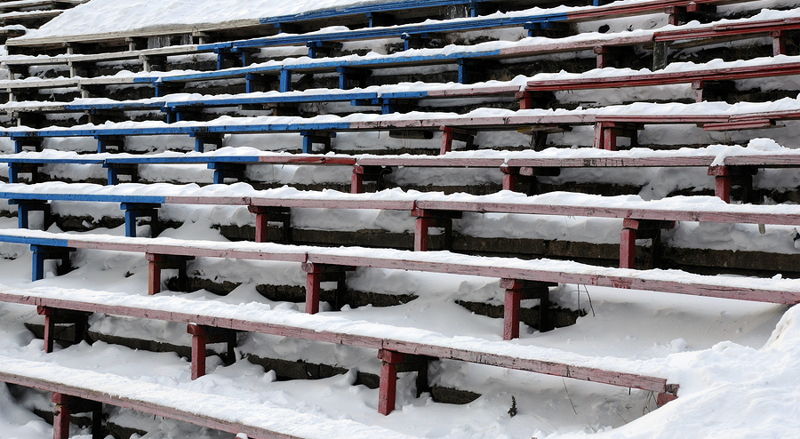 The ‘hockey on ice’ label was likely given because of the sport’s links to field hockey, but by 1902 the rules published by the Bury Fen Bandy Club had been accepted and the sport became far more widespread.

That year saw the first national bandy league being formed in Sweden, coming a year after the sport had been featured in the Nordic Games that had been held in Stockholm and what was then known as Kristiania and is now Oslo. That was followed by a European Championship tournament in 1913.

Five countries took part in that initial European Championship of bandy, namely Bohemia, England, France, Germany and Switzerland with the Germans emerging triumphant. Russia and Sweden had been invited to take part but they played 11 v 11 and the tournament was for teams of seven.

The tournament was seen as a success but the ever-growing sport of bandy saw its growth halted by the outbreak of the First World War. When the War concluded and the International Olympic Committee was looking for sports to include in the 1920 Summer Olympics they chose to opt for ice hockey over bandy on account of the former sport being better known in North America.

The Russians Take Control Of The Sport 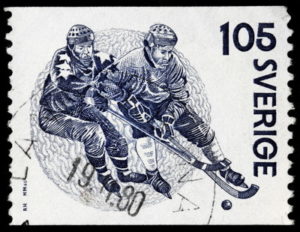 The International Olympic Committee’s decision to ignore bandy in 1920 nearly saw the sport come to an end before it had really begun. The players in Britain and Central Europe turned to ice hockey instead, feel that that was the sport that the were most likely to be able to play in the Olympics with. As a result the sport was mainly played in Nordic countries as well as Estonia, Latvia and the Soviet Union.

Even Latvia and Estonia saw the sport drop off the radar until they lost their independence and became Soviet Republics. This allowed the then-Soviet Union to take a stronghold on the sport, being one of the founding nations of the International Federation for the sport when it was created in 1955. When you combine the Soviet Union and Russia’s records they have also been the most successful team in the bandy World Championships.

Bandy was the sport that came before ice hockey, with the latter sport being created in Canada whilst bandy was played Europe and the Soviet countries. The two sports developed simultaneously and influenced each other, with ‘hockey’ being the name given to bandy until the Canadian export came over to Europe in the early part of the 20th century.

Meanwhile, the rules of bandy began to take more definitive shape and a cross between the English and Russian rules were developed, seeing the majority of the rules being English and following a similar line to those being created for association football.

A look back at the early stage of some well-known football clubs betrays their origins as being sports clubs for both association football and bandy, with European Cup winners Nottingham Forest originally being known as Nottingham Forest Football and Bandy Club. Indeed, the Norwegian club Mjøndalen IF still has a bandy section for its members.

Part of the reason that ice hockey overtook bandy was to do with the decision of the International Olympics Committee, but it also helped that the size of field needed for ice hockey is significantly smaller than that required for bandy. Certainly the less physical, speedy and flowing play of ice hockey favoured by the Europeans comes from the world of bendy.

The Rules Of Bandy and How To Play 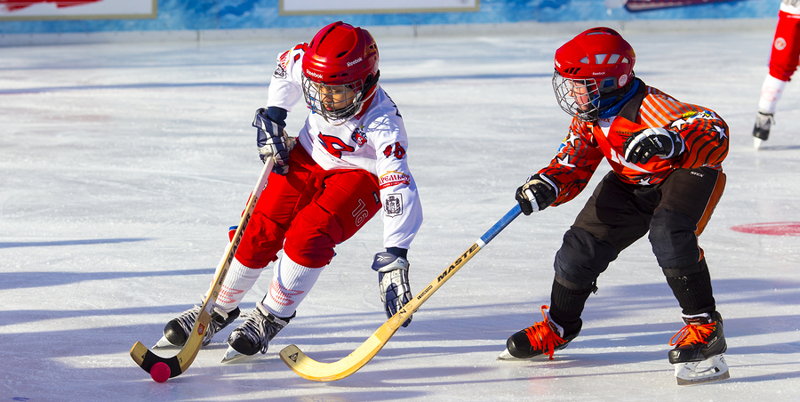 Played on ice with a single ball, bandy involves two teams with 11 players on each using sticks to score a goal into the opposition’s net. It is typically played on an ice playing surface the same size as a football pitch, which is just one of the similarities that the game has with the sport. Others include the fact that one of the players must be a goalkeeper and that the offside rule is valid.

Players are not allowed to deliberately touch the ball with their hands, arms or head unless they are the goalkeeper, with a heading of the ball ending up in players suffering a 5 minute penalty. They can use their skates to move the ball around to a limited degree. Games tend to flow freely and they are only stopped either if the ball goes out of play or the referee believes that there’s been an infraction of the rules.

Teams out of possession can attempt to regain it by intercepting a pass or by tackling the player with the ball. Unlike in ice hockey, physical contact between players tends to be far more limited in bandy. If play is stopped by the referee then it will recommence via either a free stroke, a corner stoke or a penalty shot. If the ball has gone out of play then a restart stroke is taken by the opposite team to the one that touched it last, much like football’s throw-in system. 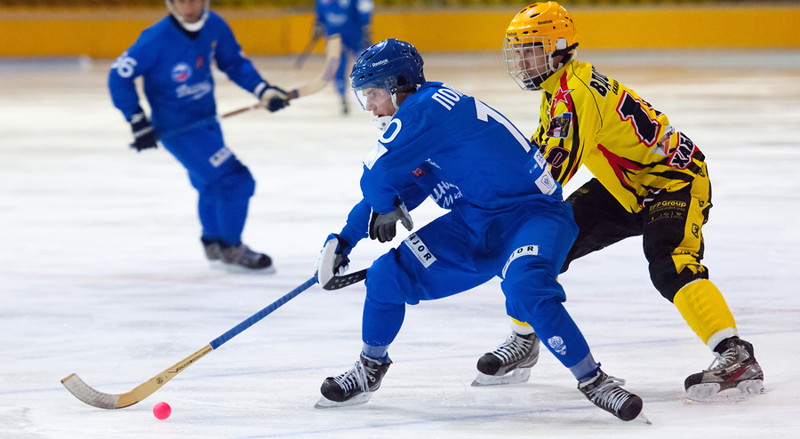 There are 18 official rules, which are as summed up as follows:

As with association football, players tend to break down into defenders, midfielders and attackers with a goalkeeper being the constant throughout.

There is no requirement within the rules for a player in any position other than the goalkeeper, so the placement of players becomes a tactical decision.

The key pieces of equipment in bandy are bandy skates, a helmet, a mouthguard, a face guard for goalkeepers, the stick and, of course, a ball.

It’s important that bandy sticks contain no metal or sharp, pointy bits that could injure an opponent. They are crooked at the ‘hitting’ end, with the angle of crook fitting into 1 of 5 categories, of which 4 is the most common.

Have a look at the 18 official rules for the dimension of the pitches used in bandy. In terms of the look of the pitch, there is a line in the centre and a circle from where play begins.

The ‘boxes’ are semi-circular in appearance, with two circles on the outer edge of them for free-strokes to be taken from.

Rink bandy is a variation on the bandy theme, played on a rink the same size as the ones used for ice hockey matches.

This allows countries that don’t have the necessary facilities to play bandy properly to still take part in the sport and some countries only have rink bandy facilities. 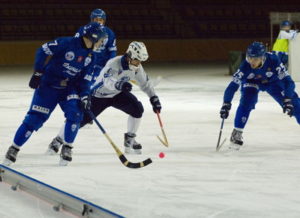 Despite creating the sport and winning the 1913 European Bandy Championships, the sport is not popular in England any more. It’s still widely played in plenty of other European countries as well as Russia and the United States.

As you can imagine, then, the number of bandy tournaments is significantly less than with more popular sports such as football and tennis. Nevertheless, there are still a number of interesting ones worth telling you about: