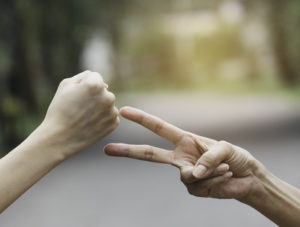 It is human nature to say that everything fun is addictive. That makes complete sense, of course, when you consider the idea that if you enjoy something you’ll want to do it again. To some, gambling might seem like fun when they do it for the first time, especially if they are able to win the bet that they place. This can lead them to want to do it again, which may lead to them becoming addicted and the fun having stopped a long time before. In this sense, then, if you agree to the premise then you’ll also agree with the idea that gambling itself is a reflection of human nature.

There is also the fact that humans naturally take risks all of the time. If you get in a car and head onto the road then there is a chance that you’ll be struck by another car, for example. Perhaps you’ve crossed the road without doing so at the lights, or you’ve started a BBQ without first checking that the gas is connected properly. Every day, in countless small ways, many of us take chances that could end in disaster at another time. This is gambling in action, only it isn’t with money. There is certainly an argument, therefore, that gambling as an activity is just a human thing to do.

It Starts When We’re Young 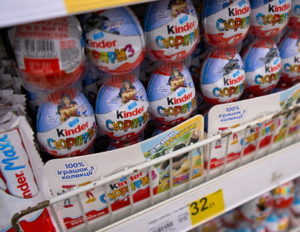 Anyone that either has children of their own or else has been in the presence of young children of their friends will know that children are natural gamblers. Experience teaches most young people that they don’t get if they don’t ask, so they ask for what they want irrespective of whether the think they’re likely to get it or not. They take a chance, hoping that they’ll get what they’re asking for but knowing that they probably won’t. Think of a child asking for some chocolate before their dinner, for example. It is a calculated gamble, but a gamble all the same.

If a child senses that a parent or guardian might crack, they will pester. They realise that what they’re asking for is a long-shot, but they figure that they might as well keep going, with one of two things likely to happen. Either the person that they’re bugging is going to snap and shout at them, else they will get what they want. The former isn’t nice, but the latter is so the gamble that they’re taking is seen as being worth it. We may not realise it, but this approach is formed at a young age and carried with us through life: we might not get what we want, but it is worth a punt just in case we do.

We Continue The Behaviour As Adults 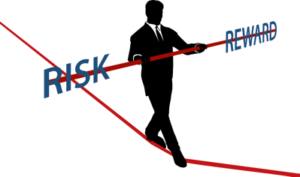 Grown-ups don’t tend to nag their parents or partners for something in the same way as they did as children, but we still ‘gamble’ in a similar way as adults as we did when we were younger. According to scientists and doctors, alcohol, junk food, sugar and so on are all bad for us. Yet only a select few are able to avoid imbibing such things because we enjoy them. Leading a sedentary life is a risk, just as eating and drinking unhealthily is, but we do it anyway and take the gamble that actually it won’t turn out to be bad for us.

That might seem like an odd thing to compare to placing a bet on a football match or taking part in a poker tournament, but there is a correlation between the two. Nobody lives like a monk other than, well, monks, so we know that we’re all willing to take risks. At the end of the day, it comes down to what it is that we’re willing to take a risk on. For some, it is their health whilst for others it is their finances. Either way, people will take risks for their own benefit, knowing that they could miss out if things don’t go right for them. 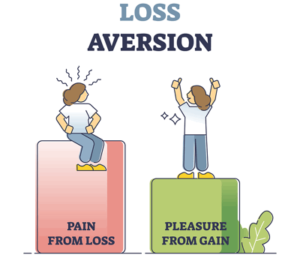 Though the notion of risk-reward is a decidedly human one, we are mostly naturally quite risk averse. We will bet small amounts, knowing that we will only win small amounts in return, because the risk of losing is too much for us. We take a risk because this gives us a sense of anticipation, which we get excited about. The moment that the ball is spinning around the roulette wheel is as exciting to most of us as when it lands. The excitement in the build-up pays off with the release that follows, yet we don’t like to put too much on the line to attain it.

There is a large number of people that tend to gamble in some form or another, but only a small percentage of those people that make money in the long-run. This is because we bet such small amounts so as to make it almost impossible for us to make enough money to be happy with. Some religions choose to ban gambling, whilst others are happy to allow people to bet, realising that it is part of the human condition and trying to legislate against it will only lead to some betting more money and more often than they would otherwise.

The natural loss aversion that most of us have means that some of us are happy to bet little and often, whilst others don’t have that same psychological fear and will bet big on a regular basis. For this reason, some people become addicted to gambling whilst others are not really bothered by it in any way, shape or form. For some, placing bets is akin to sin, meaning that they don’t want to do it and are disapproving of those that do, whilst for others it is nothing more than a natural human freedom that we are all entitled to avail ourselves of whenever the opportunity arises.