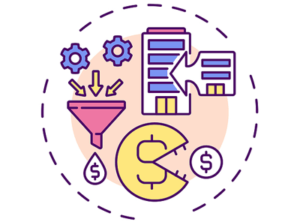 It is undeniable that the gambling industry is bigger than ever before today. Continued growth and expansion of companies has led to brands going beyond the borders of their home countries and entering into new markets across the world. Yet to continue expanding at such a rapid rate, mergers between companies have become quite commonplace within the iGaming world. And there is little sign that this particular practice is going to stop in the coming years, whether that be in terms of actual mergers or complete takeovers.

But is this good for the industry? Competition within the sector is, without a doubt, quite fierce, especially in the United Kingdom. But with so many huge companies being formed by these mergers, isn’t it simply knocking the smaller businesses out before they’ve had a chance to get started, so that the large companies get an entire monopoly on the industry? And is that outcome one that is considered a good thing for users in the end? Surely it means that the more unique and niche aspects of the gambling world are being cancelled out due to the looming threat of the vast mega companies.

And that’s what we’re here to look at today – are these gambling mergers and consolidations good for the industry? Or is it just a way for a monopoly to be brought in by a few massive companies, covering the entire iGaming scene?

A Look Back in Time at Gambling Mergers

Gambling company mergers and takeovers are not new occurrences. Far from it. In fact, since back in the early days of legal gambling across the United Kingdom, businesses have been purchasing partial shares in or completely taking over others as a way of expanding their own.

Back in 2000, perhaps the first takeover of the new millennium occurred when Sports Internet Group got its hands on BSkyB, which is today known as Sky Betting and Gaming. That company was acquired by The Stars Group in 2018 in a deal worth up to £3.4 billion, which was then taken over by Flutter Entertainment in May 2020. While one or two other mergers did occur in the proceeding couple of years after that initial one in 2000, it wasn’t until 2005 that things really started picking up in the acquisition world.

It was at this point that Gala would merge with Coral Eurobet to form the Gala Coral brand (which was then sold on to Ladbrokes in 2015 to become Ladbrokes Coral, only to be subsequently taken over by Entain). 2005 also saw the PokerChamps.com brand acquired by Betfair, while Ongame was picked up by bWin. These sorts of acquisitions and takeovers carried on occurring in grand style throughout the early 2000s, with other deals taking place that saw Bet365 acquire Bowmans.com, Maria Holdings taken over by Unibet, Virtue Fusion becoming a part of Playtech, and more.

Things only continued to gather more steam as the world entered into the 2010s, and mergers/takeovers became a lot more commonplace. In 2017, a monumental number of acquisitions in the gambling world were recorded, which included 32Red being acquired by the Kindred Group for £175.6 million, Royal Panda be taken over by LeoVegas for €100 million, and the software brand NYX bought by Scientific Games for a massive €519.6 million. 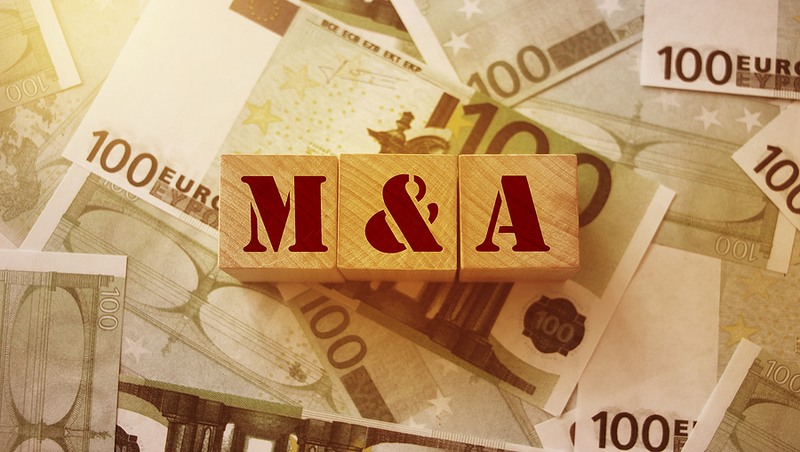 These types of big deals haven’t really slowed down in the proceeding years, either. And in fact, some of the acquisitions have been extreme in terms of the amount of money and the size of the businesses created from them. Popular UK betting company William Hill was sold off, with Caesars Entertainment taking control of the U.S. branch of the business, while 888 Holdings gained control of the European arm. SBTech was also acquired by DraftKings in 2020, with Bet.pt being picked up by GVC in the same year.

Some of the most recent trends have been operators purchasing software suppliers or creating their own game studios, such as has been the case with LeoVegas and Penn National. Speculation rose about Evolution buying another company in 2022, following its huge takeover of Netent in 2020 for $2.1 billion and Big Time Gaming in 2021 for €450 million.

And just recently, the Skywind Group has proceeded with its purchase of InTouch Games, as a way of increasing its presence in the UK market. The takeover will result in Skywind almost doubling its workforce from the current 600 staff members it has, and being able to provide its content beyond the 19 regulated markets it already operates in.

Clearly, this sort of activity has become more than common practice within the iGaming world, and it is this that is perhaps worrying some people. 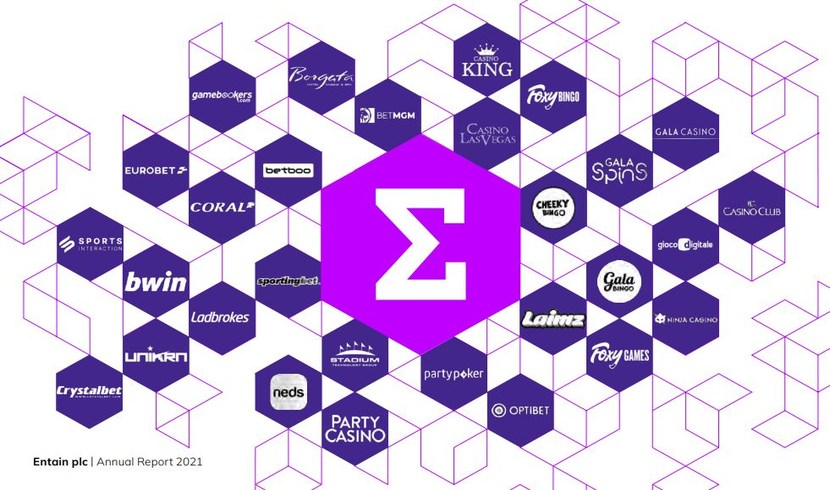 When Flutter Entertainment acquired The Stars Group in 2020, it was noted that mergers and acquisitions (M&A) would be the prevailing model to shape the future of the iGaming world. And that has certainly been something that everyone has witnessed coming to life. Some people suggested that this would be a necessity following the issues that the COVID-19 pandemic brought to the industry. It was determined that once the coronavirus pandemic eased off around the world, more and more business consolidations would take place.

The scenario between Flutter and The Stars Group saw an online operator unite with a company that provides and operates land-based establishments. Obviously, the closure of those land-based facilities as a way of minimising the risk of health issues, meant that the companies in possession of such needed to diversify their capabilities to combat such. Online activity increased when the pandemic forced these land-based establishments to close their doors. Therefore, the merger between Flutter and The Stars Group (which had been agreed upon prior to the threat of COVID-19) came at about the right time for the duo.

Yet others would be forced into similar business practices themselves when lockdowns were lifted around the world. William Hill is a prime example of that, because the pandemic forced it to close and permanently shut down 119 of its high street betting shops. 300 employees were also affected by this move, although many of them were, according to William Hill, redeployed to other stores. Cut to 2022, and those shops remaining on the high streets of the United Kingdom are now under the control of 888 Holdings. The company agreed to a £2.2 billion deal with Caesars Entertainment to take over the European arm of the company, following the takeover of William Hill by Caesars previously. 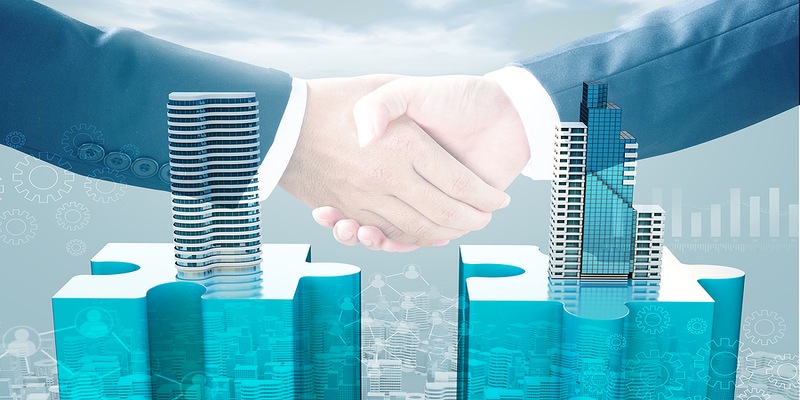 Naturally, that doesn’t explain the vast number of acquisitions and takeovers that occurred prior to the worldwide pandemic. However, it has doubtless escalated the need for such in more recent times. And something else that ended up driving people to the online world during the lockdowns suffered in 2020 and onwards was the lack of sporting events taking place as a result. Poor sports betting opportunities were therefore offered, with some extending their odds to unpopular sports to fill the void and keep clients interested.

People became a lot more interested in engaging in casino games, which were always present in the online world. Of course, land-based casinos had to close their doors during lockdown as well, so the iGaming scene became a lot more popular, with revenue clearly being bolstered at these times. But for those companies that didn’t have as much of an online presence as a land-based one, or that had both in action, losses were clearly experienced. The pandemic tested the durability of these operators, and in the end, some of them needed assistance with continuing to operate. The result? Acquisitions leading to massive parent companies hosting a number of smaller brands under their umbrella or two companies merging together to form one.

Who Will Be Left Standing? 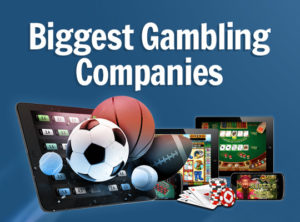 The iGaming industry seems poised and ready for more of these types of deals taking place, merging companies together and so on. But is it really a good thing in the end? Is it not more a question of which companies will be left standing? And the likely answer to that question is simply the biggest companies that have the financial status to outlast their smaller competition. Sure enough, the competition within the UK market remains at a high, but as long as the huge corporate brands continue growing, the smaller brands are left with ever decreasing space in the scene.

The pace of mergers and acquisitions has only continued to pick up steam in recent times, and there is no sign of this changing any time soon, either. Soon enough, only a few large companies will remain that provide the gambling world with online sites, software and everything else associated with the industry.

It is expected that every small- to mid-sized player within the gambling scene will be acquired or merge with another company at some point.

Of course, there could be a reason why the companies are going in this direction – at least when it comes to the UK gambling scene. Due to the increased stringency when it comes to the regulations in place, perhaps they need to be able to financially cover themselves in case any rules are accidentally broken. Without a doubt, there has been a large number of penalties imposed by the UK Gambling Commission in the past few years. The largest, a £9.4 million fine placed on 888 Holdings in March of 2022, is no laughing matter for a small business. It would eat into their revenue significantly enough to potentially cripple them. Especially considering that 888 had a £7.8 million fine laid at its door in 2017 as well. As it happens though, the 888 brand agreed to pay the penalties and has continued operating in much the same way as it was before, although hopefully in line with regulations set out now.

The fact that these laws and regulations would force companies to consider what their financial status is “just in case” of such an event happening is a little preposterous in itself. Yet they seem to have come up with a sure-fire way of combatting the fines. It’s just that in many instances, this means they end up either merging with another company or being bought out.

It is for this reason that so many companies are eagerly awaiting what the new UK gambling white paper will say. The Gambling Act 2005 was said to no longer be relevant for today’s digital age of gambling, and many campaigners are concerned over responsible gambling practices…or the lack thereof by many gambling companies. Yet with tighter laws potentially being introduced through such, could this lead to even more takeovers and mergers in the industry? If so, then it will likely result in the elimination of additional small betting and gambling businesses in the UK.

Do players want this to be the case, though? In our experience, gamblers like to have a choice of platforms to sign up to and enjoy, rather than being confined to just a few that are run by major corporations. Plus, as noted a couple of times before, this type of activity is likely to minimise the number of niche and unique gambling opportunities available in the country, too. And there are those people who actively go seeking out such opportunities when they want to engage in gambling. Therefore, in the end, could it be possible that the major corporations providing gaming activity in the UK will force people out of the scene due to this?

Which companies are likely to remain standing in the end? That’s anyone’s guess. But you can always look to the brands that are the largest in the industry for a strong hint to the answer.