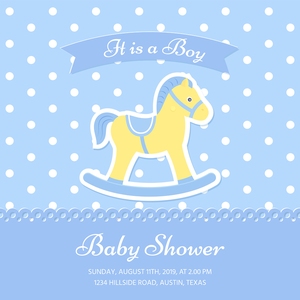 Wanna read an article about horses doing the hibbity dibbity? Buckle up then, because here it…comes.

Right, we’re done being childish, now let’s get down to business. Because that’s what horse breeding is, business, and big business at that. In fact, a stud that is in demand can be worth far more to its owners as a breeding horse than as a racing horse.

Horse owners can pay in excess of £250,000 a time for an in demand stallion to ‘cover’ their mare in the hope that it will produce an offspring that turns into a money making machine, and said stud horse can cover at least 100 mares a year if not more. Some super quick maths tells you that this amounts to £25million on an average year, so you can see why owning a prize stallion is big business.

By the way, if you are wondering what ‘cover’ means in this context, it is a more civilised way of saying horse sex. So now you know.

The Theory Behind Breeding 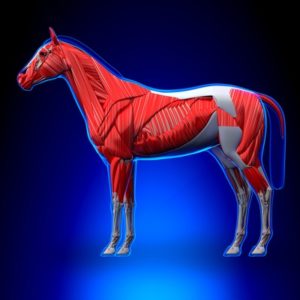 You have probably heard the word pedigree. In horse racing it means the lineage of the horse in question, so who its parents and grandparents were. The reason people pay attention to this is because the thinking goes that a successful horse will be genetically more likely to produce another successful horse than one who didn’t ever achieve much.

Taking it a step further, if that horse is coupled with another successful horse surely the chances of them producing a super horse are even higher? Well it doesn’t always work that way but this is why it all started.

This is also why a successful racing horse might be retired early and put out to stud when it still has many years of good racing left in it. Taking the horse out on a high can bring in some serious money, but its first few years are crucial.

Make Hay While the Sun Shines

The thing is, a stallion that has made a lot of money as a racing horse will automatically be in demand when it is retired. The first few years of the stallion’s stud career can be exploited to make a lot of money, but it is once their offspring have begun racing that their fate will be determined.

A horse that starts off covering mares for thousands of pounds at a time could see their value decimated if their offspring don’t go on to do well. Equally, a horse that never caused much of a stir on the field could become a real big earner if they sire enough Group 1 race winners.

Interestingly though, the number of their offspring that need to do well in order for a stallion to be deemed successful is only about 6%. Not only that, but people often forget that the mare is contributing 50% of the gene pool, so they have just as much of a part to play. The difference is, a mare can only produce one foal each year, a stallion can produce hundreds. It goes still deeper though.

You see, it’s not only a horse’s racing career that is important; a stallion could stud for 20 years if he can manage it, so it’s not improbable that some of his offspring will also be retired to stud while he is still doing the same. Well, his offspring’s stud career can have a positive impact on his value too – if a stallion’s offspring is producing foals that go on to make money, then that means the owners could have their hands on several generations of money making horses.

The trickle down effect continues for as long as the horse is alive and fertile.

The Birds and the Bees – The Process 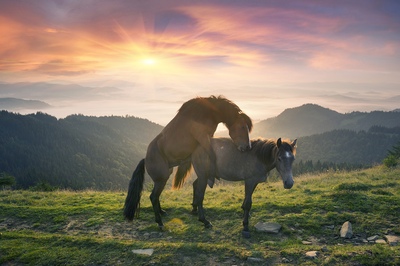 The prudish may want to skip this section of the article, this is where we explain the act itself.

Commercial horse breeding is a serious, expensive, and pretty public event. It’s not as simple as just putting two horses in a room together and hoping they laugh at each other’s jokes.

The season starts in February and runs until June, and the stallion can cover up to 5 mares a day if they are pushed for time. He is basically a Gigolo and has to do the deed whenever he is ordered to.

Here is who might be present at the time:

Now you all have that image seared into your brains, we will move on.

How Reliable is All of This? 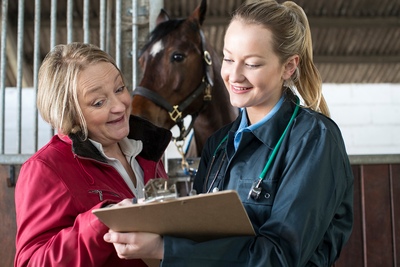 Horse owners and breeders will consider all sorts of parameters before they choose which stud to partner their mare with. They are aiming to breed out defects and weaknesses, and ensure that the genetic strength, stamina, and temperament etc are passed down. Owners of the stallion may also be choosy as to which mares are allowed the privilege.

However, no matter how many checks or tests they do and no matter how much they study each horse’s history, they can never guarantee that a pairing will produce a prize winner.

In fact, it is estimated that genetics are responsible for only 30% of a young horse’s success. On top of this, no one is quite sure if the mare or the stallion is the more important contributor. Other variables include how well the horse is trained, fed, and cared for.

So why is so much money spent on breeding? 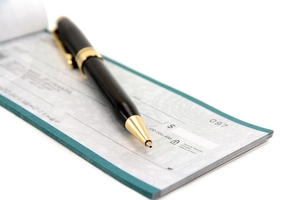 Well, it’s partly down to branding and hype.

In the same way you might see an ‘in fashion’ celebrity promoting hundreds of products one year while they are hot before fading into obscurity the next, in the horse racing world some horses are seen as the ‘in’ thing and everybody wants a piece of them.

However, the bottom line is that horse owners are gambling on the outcome of their investment just as much as the punter in the betting shop, only with much higher stakes, and if they can up their chances of winning by as much as 30% they are going to do that.

To give you an idea of how much money is exchanging hands here, let’s have a look at the top 5 stud horses of 2018 and how their lineage have done.

That’s just a snapshot, but you can see that a stud horse that produces successful offspring can earn millions upon millions for their owners and the owners of the foals that are born. If those foals then go on to race or stud well themselves, then their pedigree continues to improve in reputation, and so their cover fee continues to rise.