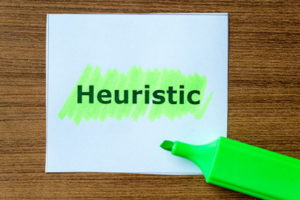 In the world of psychology, the availability heuristic, which is also sometimes referred to as the availability bias, is essentially defined as using recent examples to evaluate circumstances. It is the theory that the ability to recall something quickly suggests that it’s important, or more important than other things that can’t be recalled quite as quickly. This leads people to weigh their judgement with a bias towards those easily recalled things.

It is something that we do all of the time in real life without ever realising it. We will often think about the immediate without considering other things. An example of this is someone getting a flight before driving home, with the person they’re leaving saying ‘have a safe flight’. In reality, you should say ‘have a safe drive home’ as driving a car is statistically more dangerous than flying, but we only tend to think about the immediate. 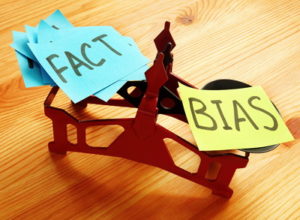 Amos Tversky and Daniel Kahneman began examining ‘heuristic and biases’ when used in the judgement under uncertainty in the late 1960 and early 1970s. Believe it or not, the view of human beings before their work was that they are typically rational actors, making intelligent and rational judgement. They soon realised that judgement when under uncertainty actually involved a limited number of simplifying heuristics.

Their ideas soon began to spread beyond the realms of psychology and into other areas such as medicine, law and political science. It offered a wealth of insights into the cognitive processes that are used to explain human error without invoking ‘motivated irrationality’. Kahnerman and Tversky studied the phenomenon of people making a judgement about an event’s frequency based on similar events that they could remember happening.

They labelled this the ‘availability heuristic’, suggesting that people tended to rely on immediate examples of things when evaluating a topic or decision that they had to make. It would often involve people basing their beliefs on something on comparable concepts, often thereby coming to false conclusions about something. If you’re basing a decision on a biased sample of recalled information, it will often be incorrect.

The Availability Bias In Gambling

As you might well imagine, it’s not difficult to trace the line between the work of Amos Tversky and Daniel Kahneman and the psychology of gambling. How many times have any of assumed that something would be more likely to happen again when in a casino, say, simply because the same thing happened recently. We will use these rules of thumb, or mental shortcuts, to help us make our decisions on what to do next.

‘Availability heuristic’ can make it sound complex and like psychological mumbo-jumbo, so when thinking about it in terms of gambling it is perhaps better to consider the phrase ‘recency bias’. It is something that makes us put more weight on an event happening that we actually should, based on our memory of something happening recently or that is easy to imagine happening this time around

The most obvious example of this is looking at a team that has won a series of matches in the Premier League going into a match against a side that has lost numerous times. Heading into their match with Sheffield United in January of 2021, Manchester United had won four and drawn one of their previous five matches in all competitions. The Blades, meanwhile, had lost two and won three of theirs.

Most people, including the bookmakers, assumed it was going to be a walk over for Manchester United and the betting followed that train of thought, with the idea of Sheffield United beating the Red Devils dismissed out of hand. They were given a price of 19/2 by bookies, who had to pay out when the Blades left Old Trafford with all three points thanks to a 2-1 win over Ole Gunner Solksjaer’s men. 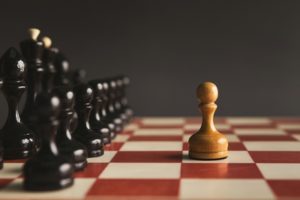 It’s crucial to understand the availability heuristic because it can shape the way we place bets and not for the better. It’s crucial to consider whether or not you’re asking yourself the right questions when you’re about to place a bet. Of course form matters, but is it the only thing that matters? Are you allowing the form of the participants to cloud your judgement and stop you from considering any other output?

People will often substitute difficult questions for easy ones, either because they don’t know the answer to the more difficult questions or because they don’t want to have to think about them. A really good example comes when we look at football odds. The odds of a match are essentially a bookmaker telling us what percentage chance they think there is of any particular outcome (minus their own margin), so the sensible question to ask is whether they’re right.

In the Manchester United match against Sheffield United, the bookmakers essentially thought that the home side had a 74% chance of winning the game. Rather than working that out and asking ourselves if that seems right, we instead simply remember the club’s run of form and the wins that they enjoyed over Liverpool in the FA Cup and Fulham and Burnley in the Premier League, deciding that those results said a win was nailed on.

If we ignored the availability bias and instead considered an assessment of the true probability of Manchester United winning, we’d doubtless come to the conclusion that the bookmakers were being too generous to the Red Devils and therefore place a bet on Sheffield United. There are a wealth of other factors that we could also have looked at, such as the fact that they had been over performing their Expected Goals percentage.

Think of it this way: the fact that terrorist attacks are always reported on the news makes us think that they happen more regularly than they actually do. This makes us less likely to do something or go on holiday in a particular region, even though the statistical likelihood of us being caught up in a terrorist attack is virtually nil. Similarly, we remember results in sporting events that cause us to place bets that might not be statistically likely to come in. 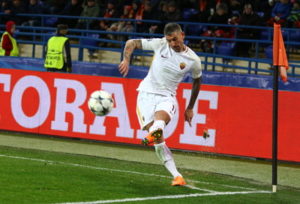 A really good example of the way in which the availability heuristic can influence our thinking in sports betting comes in the form of corners. Every single fan of every single club will have witnessed occasions when their side conceded a goal from a corner and, similarly, when their own club failed to make use of a wealth of corners. As a result, every time they saw their team concede one they were convinced it would be a goal.

Equally, when the team that they support were awarded a corner, they were sure that it was going to end in an opposition goal kick. In their book The Numbers Game, Chris Anderson and David Sally looked at corners from ten seasons in the Premier League and analysed the data. The also looked at data on corners from the Bundesliga, Serie A and Primera Division.

What they discovered was that only about 20.5% of all corners actually led to the team having the corner getting a shot on goal within three touches of it being taken. Of those shots, just 11% actually resulted in a goal. To put it another way, a corner is worth approximately 0.022 goals. That suggests that supporters are wrong when they think they always concede from corners and right when they assume theirs will always be wasted.

This is the perfect example of the availability heuristic being at play when we watch football matches, which can then bleed into our choices when we come to place bets. As an example, knowing that people always assume that corners are more dangerous than they actually are, many punters will bet on a goal being scored or conceded from a corner when one is awarded in a match.

If you use a betting exchange then you can use the In-Play betting function to place wager that flies in the face of that idea, betting on corners coming to nothing. Whilst you’ll lose occasionally, you’ll win far more often than you’ll lose if you adopt this approach and you’ll be able to take advantage of other people being unaware of how their bets are being influenced by their own availability bias.

Bet Against The Grain 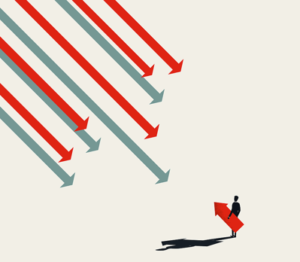 Betting markets are influenced by the number of bets being placed on a particular outcome. If the vast majority of bettors think that Manchester United are going to beat Sheffield United then the odds on them doing so will shorten again and again. This is because bookmakers have to protect themselves against that result happening and them having to pay out large sums of money on it.

Think of it another way: when watching a horse race, there is one horse is that is the favourite to such an extent that the bookies have shortened its odds to 1/3 on. In the end, the race is won by a horse that was 100/1 before the race. The natural assumption is that the bookies will be annoyed because a horse with long odds won, but that’s actually not the case because not many people bet on it.

On the other hand, hundreds or thousands of people bet on the horse with shorter odds, so the bookmaker’s liability on it winning was huge. It’s much better to have to pay five bettors out on £5 bets at 100/1 than it is to pay 2,000 people on £100 bets on odds of 1/3. If plenty of people are placing a bet then a number of them will be doing so based on their own availability bias rather than the actual statistics.

As a result, the sensible move is to place a bet on the opposite outcome happening. Betting against the grain in this manner will see us lose our wagers more often than we win them, but when they are successful the likelihood is that we’ll get a larger payout as a result. We need to fight against our own misjudgments, which is what we tend to make when we allow the availability heuristic to dominate our thinking. 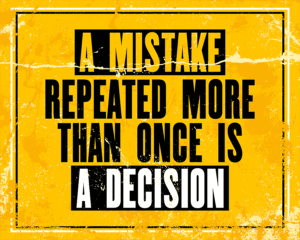 The reality is that the availability heuristic causes us to make mistakes in our betting and ignore the fact that we’ve made them. In the world of football betting, for example, many people will often assume that a game featuring two top teams will be full of goals and therefore bet on the ‘Over’ line when looking at the Total Goals market. In actuality, most of the games featuring two big teams are low scoring affairs.

Because we tend to remember really exciting games more readily than absolute snoozefests, we don’t think of the boring matches when considering our betting options. This is a mistake and is one that we need to try to avoid repeating the next time a game between two of the top teams comes around. Think outside the box and don’t fall into the same betting trap time and again.

Another, more simplistic, example of the availability heuristic at play in our betting comes in the form of remembering our wins more readily than our losses. Losses are obviously less fun than when we’ve won money, so we tend to put them to the back of our mind and instead focus on the times that we increased our account. This can then lead us to place the same type of bet again, even when the stats don’t stack up in its favour.

Rather than getting bogged down in the psychology of availability heuristics, just remember this: if you’re placing a bet when you’re in a hurry then there’s an increased chance that your brain will take a short-cut and allow availability bias to influence your decision making. Instead of allowing that to happen, take a beat and make sure that you have properly evaluated all of the possible outcomes of your wager.