When trying to make an impact on the online gaming world companies are given two main options: try to do something brand new that will totally transform the industry, or try to do something that other companies are already doing but do it better. Betsoft opted for the latter, creating a niche for themselves in the market by creating some of the most visually spectacular games that you can play anywhere online. Though they also cover numerous games that will interest all sorts of punters, there’s no question that their slots are what set them apart from the competition.

This really isn’t an exaggeration, either. They are the Pixar or DreamWorks of the online gaming world, producing things of such quality that you’ll be amazed that they haven’t branched out into film animation or something. Founded in 1999, the company earned itself a reputation thanks to its SLOTS3 series of games. Their growth in the years that followed was largely down to the fact that they produced such quality games that it made the companies buying their service sit up and take notice and it forced their competitors to up their game significantly. Here you’ll learn just why that happened as well as the sort of games you’ll be able to play if you use a Betsoft-powered online casino.

One of Betsoft’s key attributes has been the ability to stay ahead of the curve when it comes to technology and how to use it. The SLOTS3 series introduced 3D technology to the world of online slots, which would have been enough to win them some business in and of itself. The fact that they combined that with immersive stories and cinema-quality gaming merely added to the company’s burgeoning reputation as one that would offer customers quality over quantity. 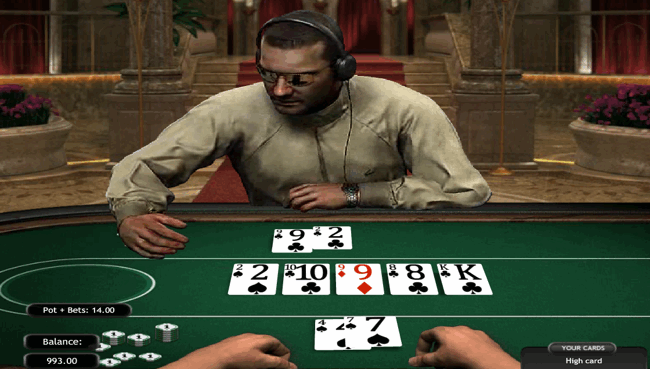 That’s not to suggest that there are only a couple of games that you can play from the Betsoft studio, of course. In fact there are more than 150 casino-style games for you to get involved in, with the major difference compared to their rivals being that Betsoft games feel genuinely immersive. You don’t need to sit there with 3D glasses on or anything, but whether you’re playing one of their top-notch slot games or a card game such as poker, you’ll feel like you’re really involved in the game on a serious level.

As well as being immersive, the games created by Betsoft are also really intuitive. It won’t take you long to figure out how to play them and you’ll be able to get into them quickly enough. SLOTS3 is, as the name suggests, a series of slot games and its accompanied in the Betsoft suite by POKER3, which is based on Texas Hold’em. If games become a bit long in the tooth then they get retired, but most of them are too well designed for that to be the case. Interestingly, Betsoft have opted to avoid creating games that require a download, instead choosing to make their selections instant play.

Betsoft began developing their mobile gaming platform back in 2012, giving it the name ToGo. They have created mobile versions of eight of their most popular games, along with other choice selections.

They have been particularly quick to ensure that their mobile games are available to iPhone and iPad users, believing that the Apple brand of mobile devices lends itself to ones with such rich graphics and gameplay.

Betsoft have chosen to forgo the opportunity to engage in the world of live casino gaming, choosing instead to make their computerised games as immersive and realistic as possible.

What should be said is that their table games are just as fantastic to play as their slots, so if you’re interested in the notion of playing a game online that feels as close to real life as possible then it’s worth giving them a look.

Arguably one of the most interesting things about Betsoft is the company’s geographical origins. Whilst the majority of online casino software companies originate in the likes of Sweden or are based in Malta for tax purposes, Betsoft was created in Lytham St. Annes, which is near Blackpool in the United Kingdom. Given that the company has long had an affinity for the cutting edge of technology, it’s no major surprise to learn that they grew as the strength of personal computing grew. It might seem crazy not, but back before the turn of the millennium home computers were nothing like they are now. Anyone has ever had to endure a dial-up modem will know how nonsensical the very idea of playing a graphics-intense casino game would have been back then.

As computers developed, capacities increased and internet connections got faster, so too did Betsoft’s ability to offer their gaming in new and improved ways. Company’s that offered online casinos began to look for new and different games to capture the interest of the public, which played right into Betsoft’s hands. It was the introduction of the SLOTS3 series that really saw things take off for the company, offering users a unique experience never seen before. Combining the amazing visuals with decent bonus features was a stroke of genius, meaning that users would not only enjoy playing the games but also be rewarded for doing so. It was a formula that paid off for Betsoft and they grew from a relatively small start-up to one of the industry leaders.

The ToGo series’s release in 2012 cemented the notion of Betsoft being a company to be reckoned with in the minds of the industry in general. It was 2014 that was the standout year for the English company, though, as US-based casinos or ones with ties to the American market began to use their software. They have rarely been used as the main provider of any one online casino or gaming site, with their games usually supplementing more standard offerings from a different games provider. More than fifteen years after the company was founded, quality over quantity continues to be their byword, suggesting that they’ll be around for a while to come yet.